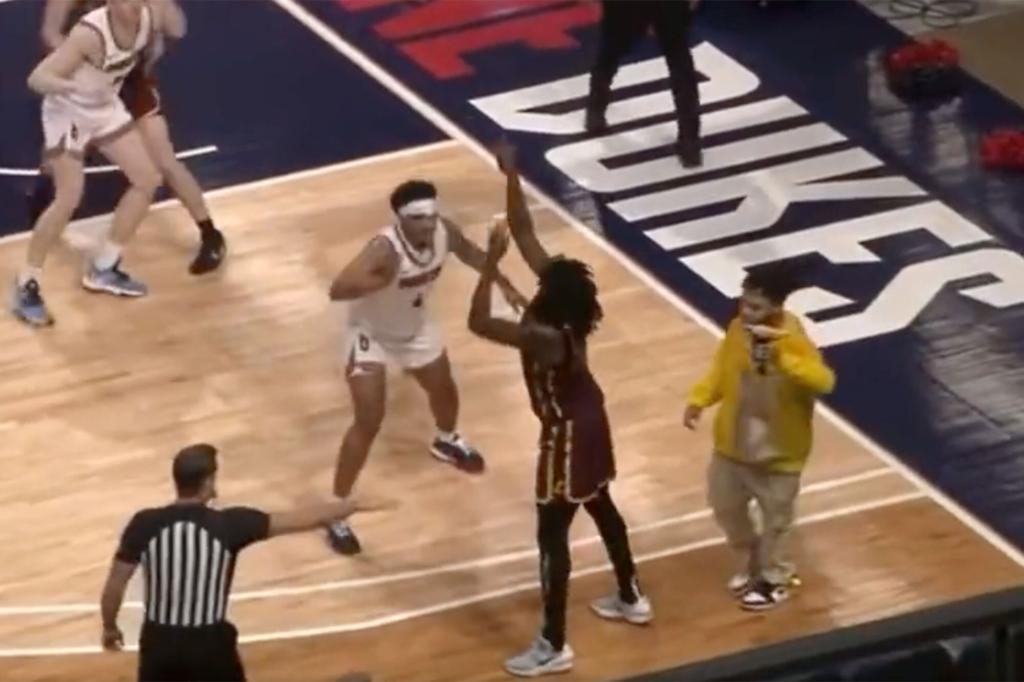 Neither rain, sleet or snow or a college basketball game in progress will stop a food delivery from being made.

While play was going on during the second half of Wednesday’s Loyola Chicago Ramblers-Duquesne Dukes game, a delivery person walked onto the court with a bag of fast food, getting very close to a player who was set up on the 3-point line.

Play was momentarily stopped with 16:10 remaining and Loyola Chicago holding a 40-37 lead while the situation was being digested.

The shocked ESPN+ broadcast crew was left with a bevy of questions.

The announcers speculated it was an Uber Eats delivery person delivering some McDonalds to referee Phillip Austin, adding that the highlight shows “will have a blast” with this story. According to Abby Schnable of the Pittsburgh Post-Gazette, the fan who actually ordered the food was later shown on the video board.

“Craziest thing I’ve ever seen in my life,” Duquesne coach Keith Dambrot said. “Guy had a job to do. He did his job well.”