Home » What impact did the Lake Placid World University Games have? Time will tell

What impact did the Lake Placid World University Games have? Time will tell

The World University Games wrapped up in Lake Placid on Sunday. New York State invested hundreds of millions of dollars in the region’s Olympic venues in recent years to prepare for the games, which was the biggest sporting event the area has hosted since the 1980 Winter Games.

Many local business owners say they didn’t have the immediate impact many were hoping for, though organizers and officials are adamant that the investment will pay off in the years and decades to come. 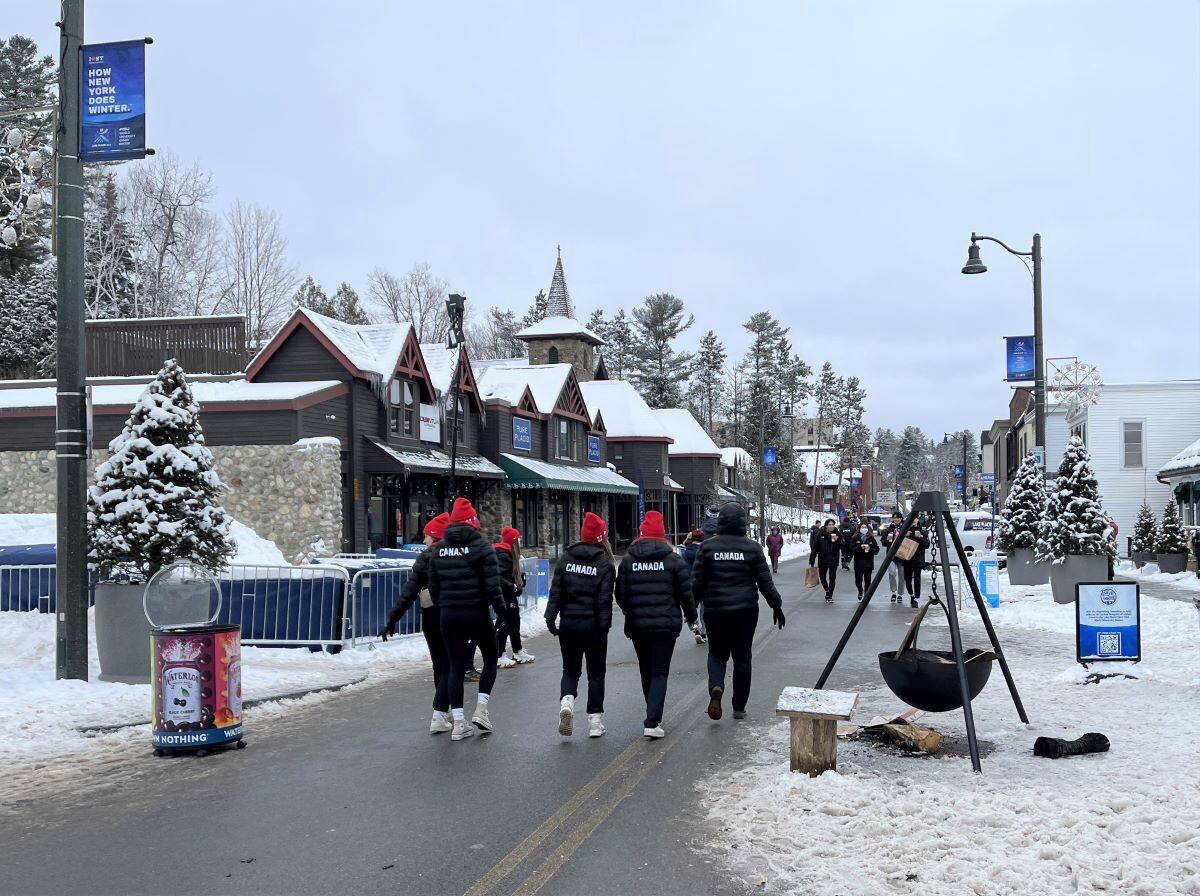 Nearly a decade ago, when former state senator Betty Little was still representing the North Country, she got together with her colleagues in Albany. They were starting to organize a pitch to host the World University Games. 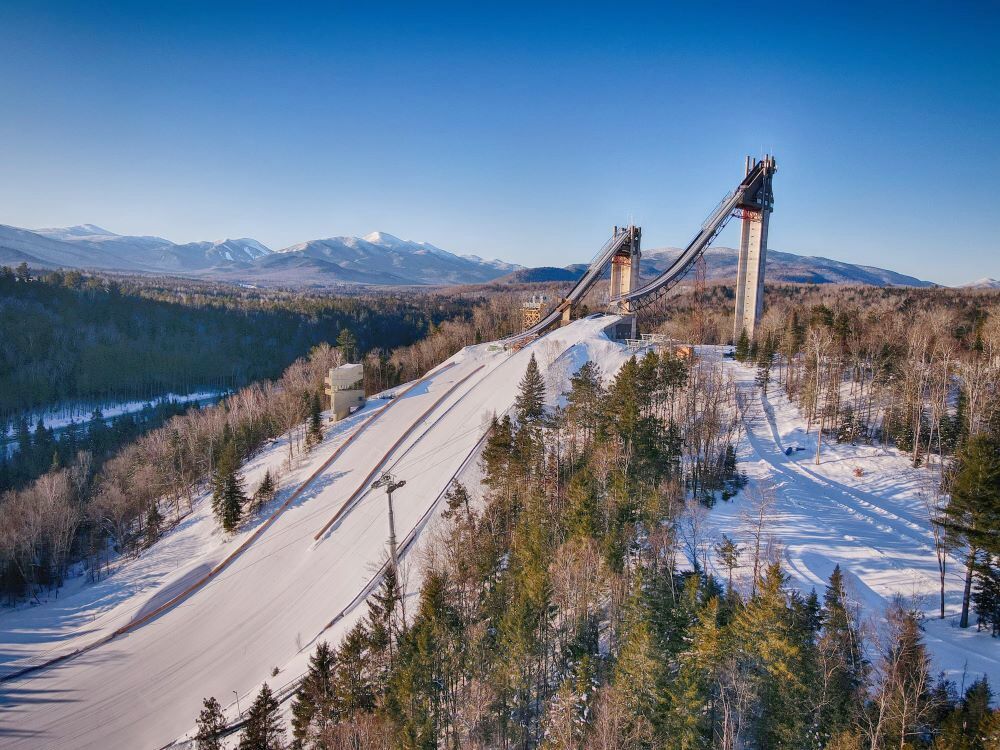 “Way back, 2015-2016, we knew that Lake Placid would always be historic, having had two Olympic games but if you don’t have venues that are up to speed, that have the right starting gates and all of that kind of stuff, you’re not going to get those athletes there.”

So New York State said it would invest big time in its Olympic venues. Lake Placid ultimately won the bid in 2018 and the state has followed through on its plan, funneling more than half a billion dollars into the facilities through the Olympic Regional Development Authority.

There were upgrades to the ski jumping complex, the speedskating oval, the Olympic hockey arena, the Mt. Van Hoevenberg ski complex, and the civic center in Saranac Lake, among others. 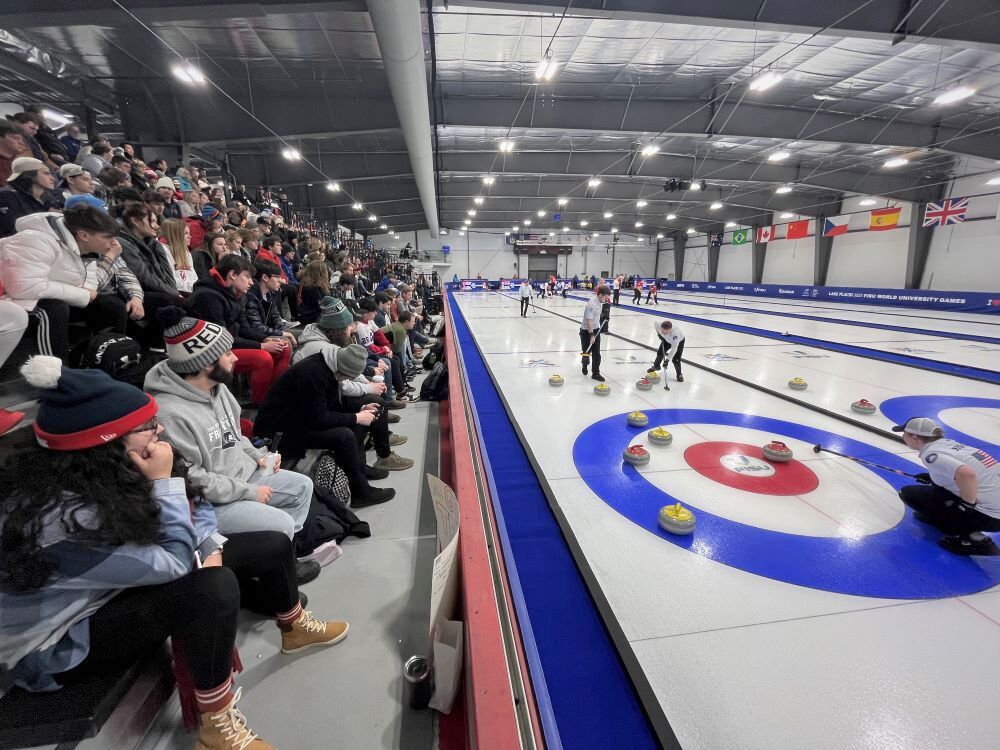 Local students packed the stands at a curling match during the 2023 World University Games in Saranac Lake. Photo: Emily Russell

On the final day of the World University Games, fans cheered at the men’s 30-kilometer cross-country ski race at Mt. Van Hoevenberg. Ingrid Butts came from Colorado to watch her son, Garrett Butts, compete. Butts, who competed as a cross-country skier at the 1992 and 1994 Winter Olympics, said the trails in Lake Placid are top-notch.

“World-class venue right here,” said Butts, “and from what I understand the courses are really challenging, but fun, especially for 30 kilometers.” 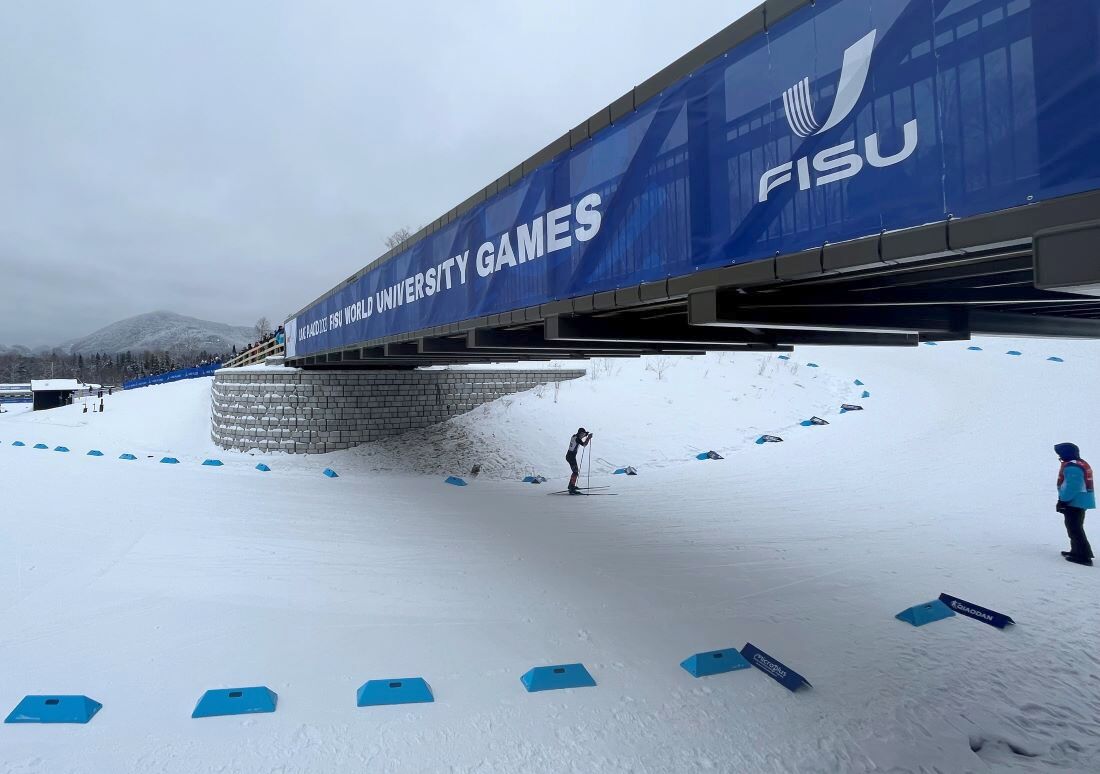 Her son flies through the stadium. He ultimately finished sixth that day. Other people at various events around the North Country had a similar take on venues, that they really are world-class now.

Downtown Lake Placid also got a $13.6 million facelift ahead of the games. The hope, especially among businesses, was that the games would boost sales.

“I think we did have a lot of expectations with the hype that went along with the event,” said Rana Swistak, manager of Eastern Mountain Sports on Main Street. EMS, like a lot of other businesses, prepped and stocked up.

“I ended up having a team come up a couple of days before opening to help reorganize the store, we decided to extend our hours and there really wasn’t that traffic that we expected.” 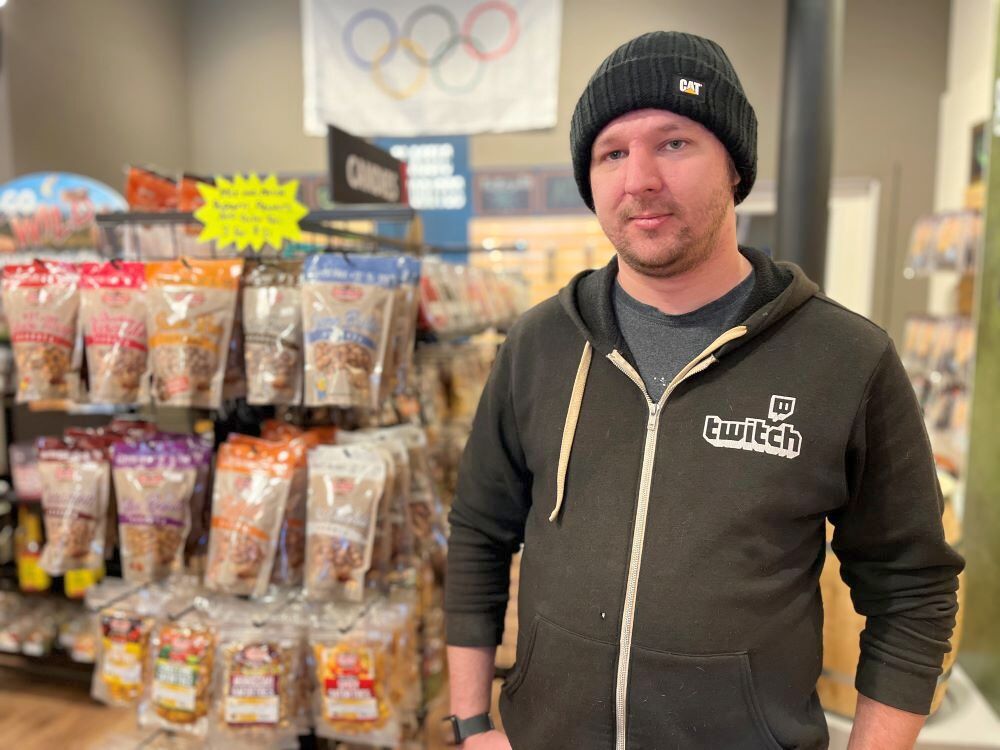 Sales at EMS were basically flat, Swistak said. Others store owners and managers said something similar, though most didn’t want to talk on the record. Many blamed the fact that Main Street was blocked off to cars. Visitors had to park miles away at the Horse Show grounds and get shuttled in.

Corey Detwiler, who manages the Beef Jerky Experience, said there was one day when his shop had just two customers.

“I’ve had a lot of people come in and say, ‘Oh well I’d buy stuff, but our car is over at the horse show grounds and we don’t want to walk around all night carrying everything,’” Detwiler explained. 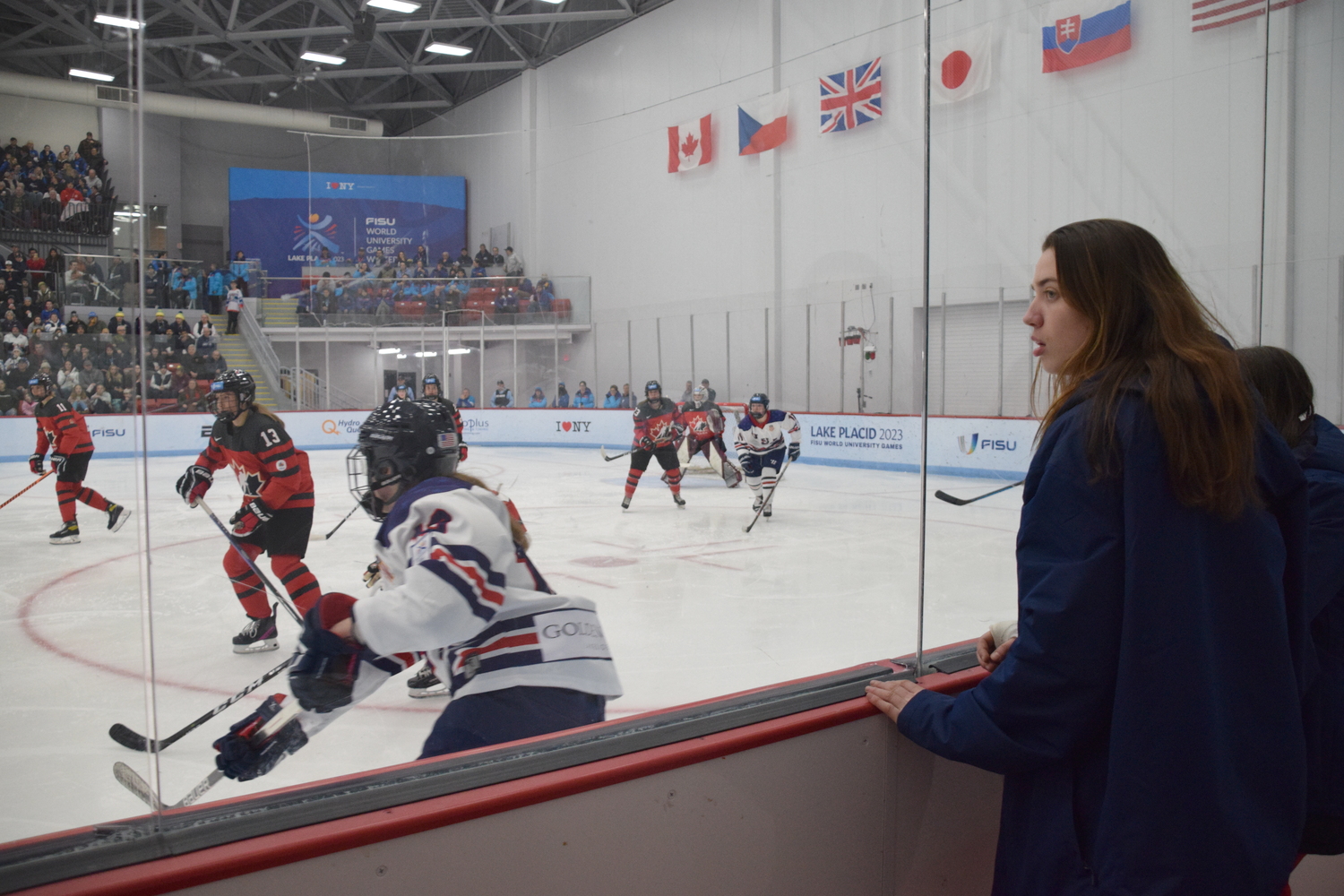 Savannah Popick watches her teammates from the edge of the ice during the World University Games. Photo: Lucy Grindon

Other people blamed part of the lower turnout on the weather. It was warm and rainy at the start of the games, not exactly the winter conditions that tourists look for this time of year. Athletes were also competing during the day, which meant they and their families and coaches weren’t downtown shopping and dining out.

“Maybe business was slower this week than what was anticipated,” said Jon Lundin, director of communications for the Lake Placid 2023 games, “but if you look longer down the road, that’s where they’re going to see the benefit as Lake Placid continues to be the sports capital of the world, I know it’s cliche, but [it] will continue to draw events and tourism because of events like this, said Lundin. 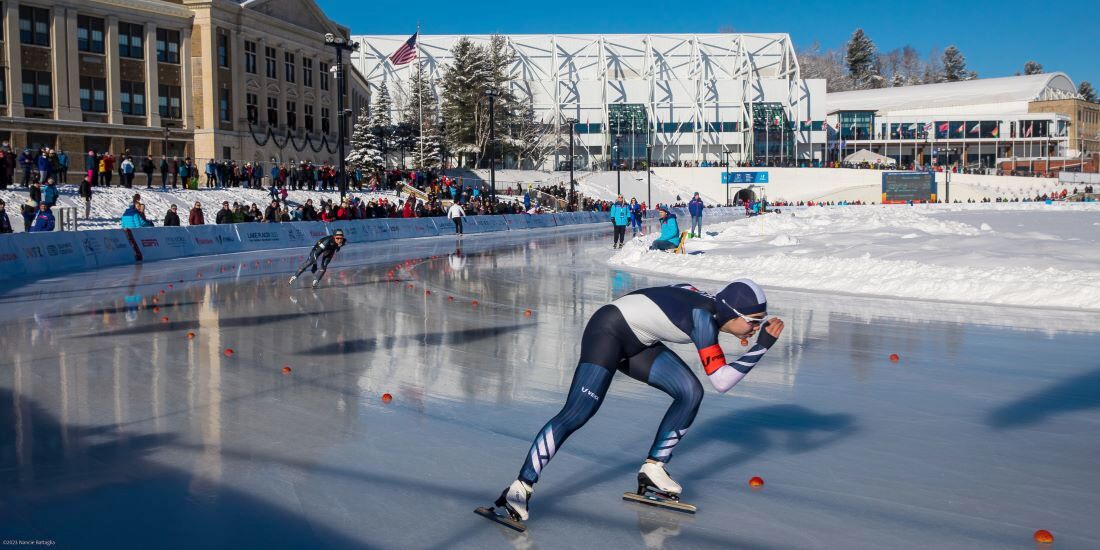 A women’s speedskating race at the outdoor Olympic oval in Lake Placid during the 2023 World University Games. Photo: Nancie Battaglia

Lake Placid has already seen a boost in international events in recent years. The Olympic ski jumping trials came to town in 2021 and there’s a ski jumping world cup next month. There was also a skeleton and bobsled World cup last month.

On the last day of the World University Games, Betty Little sat watching the men’s bronze medal hockey game in the newly renovated Olympic arena. She said what the state accomplished in Lake Placid was “phenomenal.”

“What we really wanted to do was make Lake Placid relevant,” said Little, smiling, “and they are, now.” 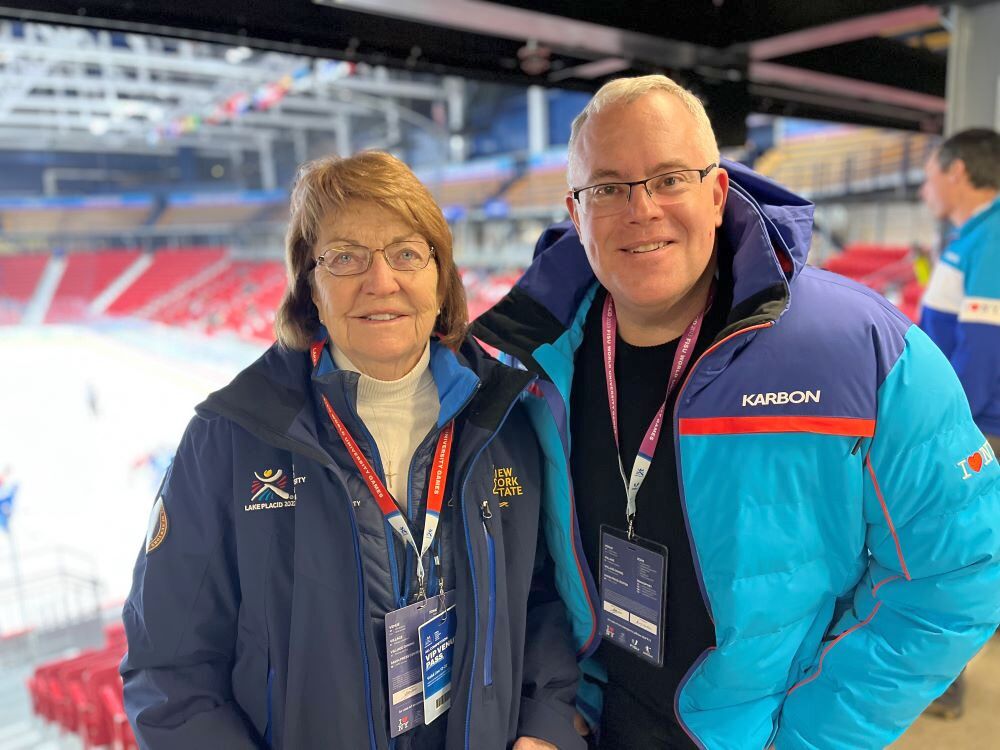 Little was sitting alongside State Senator Dan Stec, who now represents the district. Stec said he’s now focused on making the most of all the taxpayer dollars that have been poured into this region.

“My responsibility and the responsibility of everyone in state government and at ORDA and in local government is to say, ‘Alright, how can we maximize the value of this investment?’ Instead of just saying wow that was a lot of money we spent. Okay, respect that and do everything we can to maximize the value for the people that live here,” said Stec.

There are many people who live in Lake Placid who were underwhelmed with the business the World University Games brought. But other locals, event organizers and elected officials say they’re confident the investment will pay off in the long run.

Read More: What impact did the Lake Placid World University Games have? Time will tell