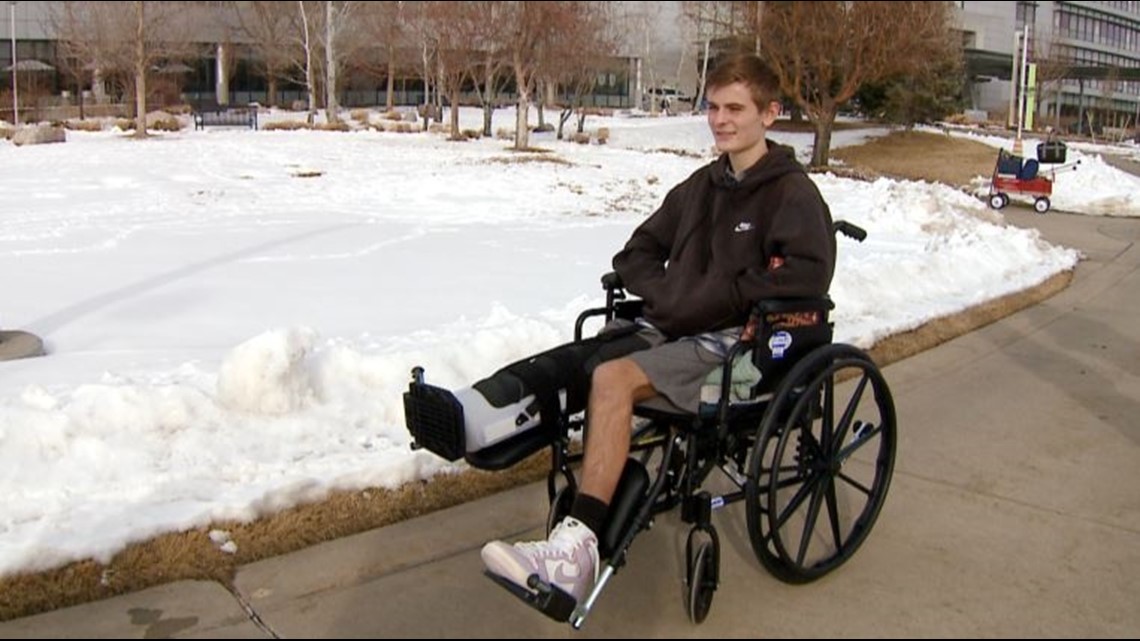 Beckett Reiff’s parents said complications from the flu led to pneumonia, septic shock and a staph infection in his blood.

MEAD, Colo — A freshman at Mead High School is back home after spending seven weeks at Children’s Hospital Colorado.

Beckett Reiff developed complications from influenza and was put on life support in mid-December.

“We’ve been told a few times, they’re not sure why he’s still here, but he is,” his mother Julie Reiff said in December.

His parents said complications from the flu led to pneumonia, septic shock and a staph infection in his blood. Doctors ultimately had to make the tough decision to amputate one of his legs to keep him alive.

It was a tough choice for a three-sport high school athlete, but Beckett is not letting that stop him. On Tuesday, he was released from Children’s. He said he plans to play sports again. It’s a decision his mother said is incredibly inspiring.

“When Beckett learned about his leg, he blinked for about a second when we had to tell him what transpired when he wasn’t aware. Then he looked at us and said ‘thank you,’ and from there he’s just looked forward to what he can do from this point forward,” Julie Reiff said. “There’s no stopping him, and he’ll figure out how to make whatever his dreams are, happen.”

Beckett will likely not be back at school in-person this year, but plans to keep up virtually. He’s looking to get fitted for a prosthetic in the next few months and get back into sports.

“I want to go snowmobiling this year,” he said with a smile. “There’s been a lot of change, but it’s all been getting better and there has been so many people that have helped me.”

The Reiff family said they are anxious for the next step in Beckett’s recovery. His parents know this won’t be an easy journey, but they said they’re letting Beckett pick the pace.

They said they were incredibly thankful for the support they received from the Mead community and all over the world.