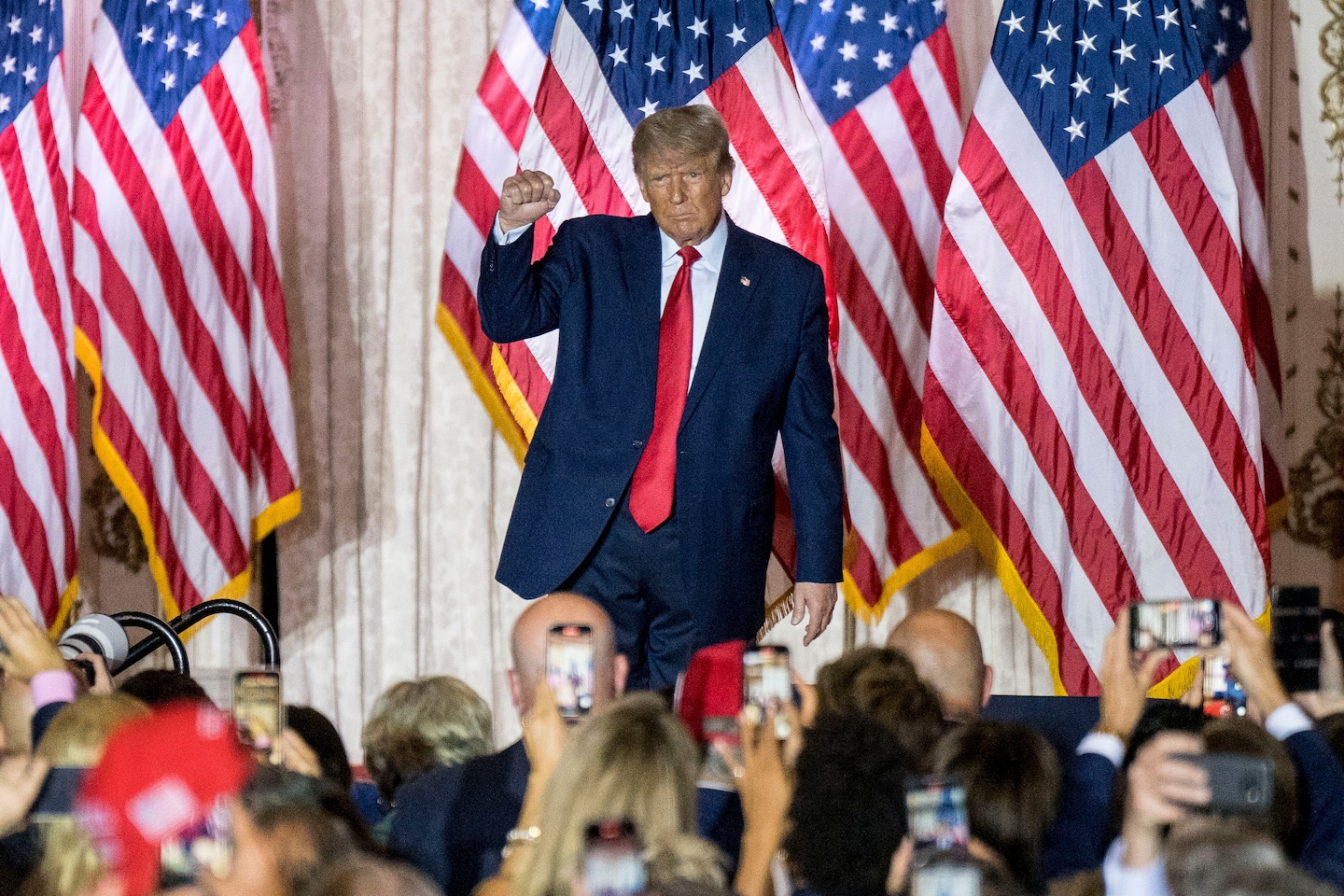 A stipulation of voluntary dismissal signed by Trump lawyer Alina Habba and a lawyer for James’s office was filed with a federal appeals court in Manhattan. No reason was given for the withdrawal.

Trump first filed the lawsuit in federal court in Syracuse, N.Y., claiming James was violating his rights and that of his company by pursuing a politically motivated investigation. After a judge in May found “no evidence” that James had acted with bias, Trump appealed the ruling.

Tuesday’s withdrawal of that appeal was the second time in five days that Trump had abandoned litigation against James, who is pursuing a $250 million lawsuit against Trump. It accuses the former president, three of his grown children and executives at his company of flagrantly manipulating property and other asset valuations to deceive lenders, insurance brokers and tax authorities into giving them better bank-loan and insurance-policy rates and to reduce their tax liabilities.

On Friday, Trump — who has announced a bid for the presidency in 2024 — withdrew a separate lawsuit filed in Florida that had sought to bar scrutiny by James of his revocable trust. A one-page filing in a federal district court provided no reason for that withdrawal, either.

Days earlier, U.S. District Judge Donald M. Middlebrooks had fined Trump and Habba almost $1 million for what was ruled a frivolous lawsuit brought against his 2016 presidential rival, Hillary Clinton, and others.

In his 46-page judgment, Middlebrooks cited the lawsuit against James as among those that demonstrated “a pattern of abuse of the courts” by Trump.

The lawsuit, which could cripple the Trump Organization’s ability to do business in New York, accuses the family-run real estate, golf resort and hospitality business of purposely deceiving lenders, insurance brokers and tax agencies to get preferable loan rates and reduce its tax liabilities by using bogus asset valuation figures from 2011 to 2021.

The Trump lawsuit that was withdrawn last week in Florida had alleged that James had “repeatedly abused her position as Attorney General for the State of New York to pursue a vendetta against President Trump” — a claim similar to what Trump asserted in the New York case withdrawn Tuesday.

Middlebrooks, in his judgment published late Thursday, wrote that Trump is a “prolific and sophisticated litigant who is repeatedly using the courts to seek revenge on political adversaries.”

“He is the mastermind of strategic abuse of the judicial process, and he cannot be seen as a litigant blindly following the advice of a lawyer. He knew full well the impact of his actions,” Middlebrooks wrote. “As such, I find that sanctions should be imposed upon Mr. Trump and his lead counsel, Ms. Habba.”

Trump, Habba and the Habba Madaio & Associates law firm are jointly liable for $937,989.39, the court found.