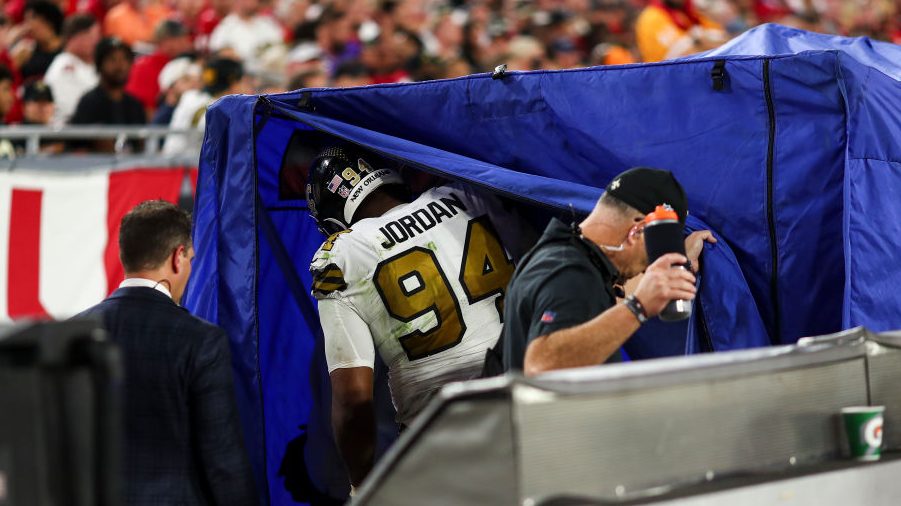 The Saints have been exonerated in their appeal of NFL discipline after defensive end Cameron Jordan was accused of faking an injury, and now Jordan is questioning the league’s process on the matter.

Jordan told the Associated Press that the NFL reviewed his medical records during the appeals process, but that should have happened before the fines were issued.

“There should be due process before they announce a fine,” Jordan said. “They announced they’d fine me $50,000 and my team $500,000 in total before the appeal process or even investigating the situation.”

The incident in question took place during the Saints’ loss to the Buccaneers in December. After the Buccaneers were stopped on third down, their offense appeared to be rushing to the line of scrimmage to try to quickly go for it on fourth down. Jordan fell to the ground, causing an injury timeout, after which the Buccaneers punted. The league thought Jordan was faking.