Home » Is that fork really biodegradable? Companies may soon have to prove it.

Is that fork really biodegradable? Companies may soon have to prove it. 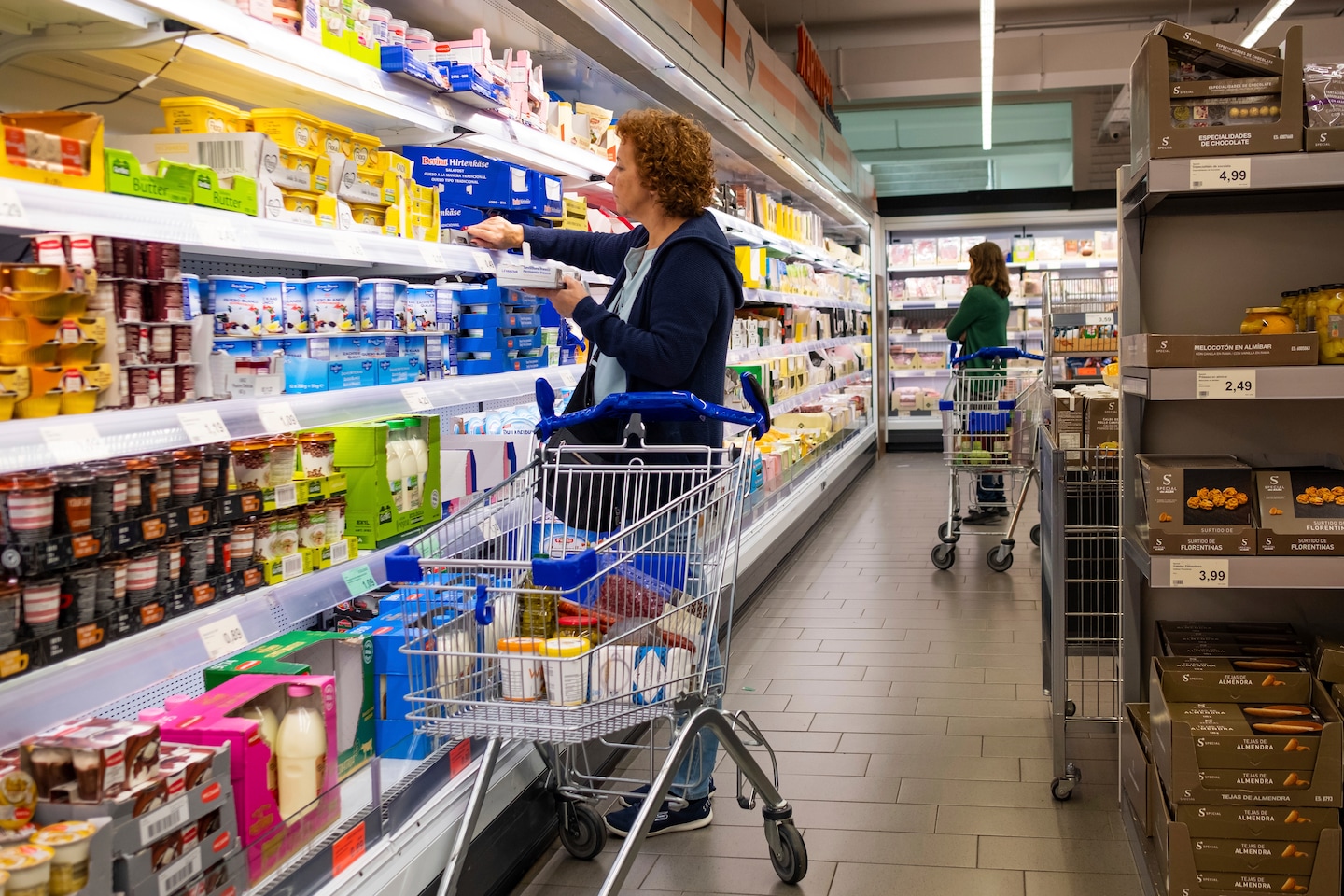 T-shirts that are “sustainable,” detergent that is “eco-friendly”: consumers are increasingly faced with lightly policed, green-sounding catchphrases on products. Now European policymakers are proposing the world’s most ambitious rules against greenwashing, in a bid to get companies to prove their claims or abandon them altogether.

Under rules set to be finalized later this year, companies in the European Union would need to substantiate claims that might lead consumers to think that products are earth-friendly. If they fail to comply, they could face fines in the 27-nation economic bloc. Europe’s clout is big enough that its regulations often affect products sold far beyond its borders, including in the United States.

The proposed rules represent the latest and most far-reaching attempt to address greenwashing, the practice of exaggerating green-friendly bona fides to boost sales in an increasingly eco-conscious marketplace. Advocates say it is a growing problem in the effort to combat global warming, since it can leave consumers confused and opting for products or companies whose climate-conscious practices are more illusion than reality, while punishing ones bearing the cost of truly sustainable practices. An official E.U. analysis found that 53 percent of green claims made in the European marketplace were dubious.

The European discussion will add to a transatlantic examination of eco-friendly claims, with the Federal Trade Commission last month starting a review of its guidelines about making climate-related statements on products, which were last updated in 2012 — an eon ago, given the evolution of consumer attitudes about climate change.

The E.U. effort “is very important to help consumers in judging the many claims that are out there,” said Bas Eickhout, a Dutch lawmaker who is the vice chair of the European Parliament’s environment committee and has worked on the issue.

Examples of squishy claims are rampant. Cutlery and bags that claim to be compostable but still take years to break down. Clothing that is labeled carbon-neutral through the purchase of credits from dubious companies that claim to plant trees to counteract emissions. Products that are made of “recycled” content that is so minimal as to be irrelevant.

“People who want to buy green products generally have to trust what it says on the box. That’s why it’s so important for companies making these claims to tell the truth,” FTC Chair Lina Khan said in a statement as she announced the U.S. review last month. “If they don’t, it distorts the market for environmentally friendly products.”

The European Union plans to target a wide range of climate-related claims, but in its draft regulations, it called out a few common ones. “Climate neutral,” “carbon neutral” and “100% CO2 compensated” were mentioned as terms that often aren’t backed by rigorous practices. “Sustainable” products sound good but do not necessarily represent anything meaningful. Products that claim to be produced through methods that minimize water consumption sometimes have higher greenhouse gas emissions.

Is my airline or hotel greenwashing? Here’s how to tell.

On a broader scale, corporate claims about improved environmental practices are also prone to exaggeration, a problem that U.N. Secretary General António Guterres blasted this week at the Davos gathering of business and world leaders.

Companies that claim to be reducing their emissions are using methods that “are often dubious or murky,” Guterres said. “It leaves the door wide open to greenwashing.”

One of the challenges of regulating the issue is that concrete data about the ecological impact of any given product over its entire life span can be difficult to assemble, at least with the current body of information that is easily accessible. And then there can be arguments about what issues to consider in assessing any given product.

Plastic bottles tend to come out ahead of equivalent glass ones in many analyses of their life cycles, for example, but that is partly because of the difficulty of accounting for plastics pollution in the ocean and uncertainty about what will happen to any given plastic product, said Sangwon Suh, a professor of industrial ecology at the University of California at Santa Barbara who studies how to measure the ecological impact of different products and materials.

Greenwashing 101: How to decipher corporate claims about climate

“We cannot compare apples to apples when we are comparing these products,” he said. But he said that far-reaching regulation such as that under consideration in the European Union could help speed broader efforts to understand the carbon footprint of different products, improving the quality of efforts to regulate greenwashing around the world.

The public data “will feed back to regulation and make the regulation more effective in the end,” he said.

The new European rules would be tied to a growing database of models that try to estimate the ecological impact of any given product. If a company makes an environmental claim, it would generally need to be able to back it up with data, according to a leaked draft of the rules that are under discussion. The rules are more tied to concrete data than those in the United States, advocates say, and would generally force companies to have to do more to back up their claims than the U.S. regulations, which typically are tied to broad consumer protections against making false claims.

But European advocates of aggressive regulation against greenwashing say the E.U. measures could be even more stringent because the proposal would police claims after they are made rather than require companies to obtain regulators’ approval in advance to make them.

Two officials involved in the European discussions said that some of the details were still not finalized and that there was a robust debate about how to enforce some of the rules. They spoke on the condition of anonymity to talk about the closed-door talks. The European Commission, the executive branch of the European Union, hopes to unveil the regulations on March 22. A spokesman declined to comment on the draft rules.

“You have some companies that are operating in good faith, but they don’t know what kind of information they need to provide. And then you have companies that are providing information that is not good enough, that is misleading,” said Margaux Le Gallou, a program manager at the Environmental Coalition on Standards, a Brussels-based group that advocates for environmentally friendly regulations.

“What we see with this legislation is that we have a lot more guidance,” she said.

Some climate advocates say that efforts focused on addressing greenwashing might not be the quickest way to push some sectors — including the fashion industry, one hotbed of dubious climate claims — toward greener action.

There might be more payoff in strengthening the environmental regulations around the industry, said Maxine Bédat, the director of the New Standard Institute, a group that has been pushing the fashion industry to adopt more sustainable practices.

The European effort “assumes that the consumer is going to be the one driving the shift in this industry,” Bédat said. “And while I would love more information to get out to consumers to be more empowered, given all the different levels of sustainability, it’s requiring the consumer to have deep knowledge of climate issues, of land issues, of labor issues. I’m skeptical that that’s going to drive the kind of change that legislators might be seeking to have.”

Bédat has been working with a coalition of other advocates to pass fashion-industry-focused legislation in New York state that would force the biggest fashion brands to disclose their emissions and details about their supply chain — and then to enact plans to reduce their carbon footprint and act more sustainably.

For many clothing companies, Bédat said, complying with some elements of the European rules could be deeply challenging, since they could require claims on individual items to be provable and traceable all the way through the supply chain. It can be difficult for a clothing manufacturer to trace the cotton that goes into an individual shirt all the way back to a specific farm, for example, she said.

But with the E.U. and U.S. efforts to beat back greenwashing underway this year, advocates say they are hopeful claims made to consumers will soon be more meaningful and substantial.

“This kind of regulation will definitely accelerate the development of more reliable databases and methodologies,” said Suh, the industrial ecology scientist. “This is not rocket science. It’s not that difficult.”

Sign up for the latest news about climate change, energy and the environment, delivered every Thursday

Read More: Is that fork really biodegradable? Companies may soon have to prove it.