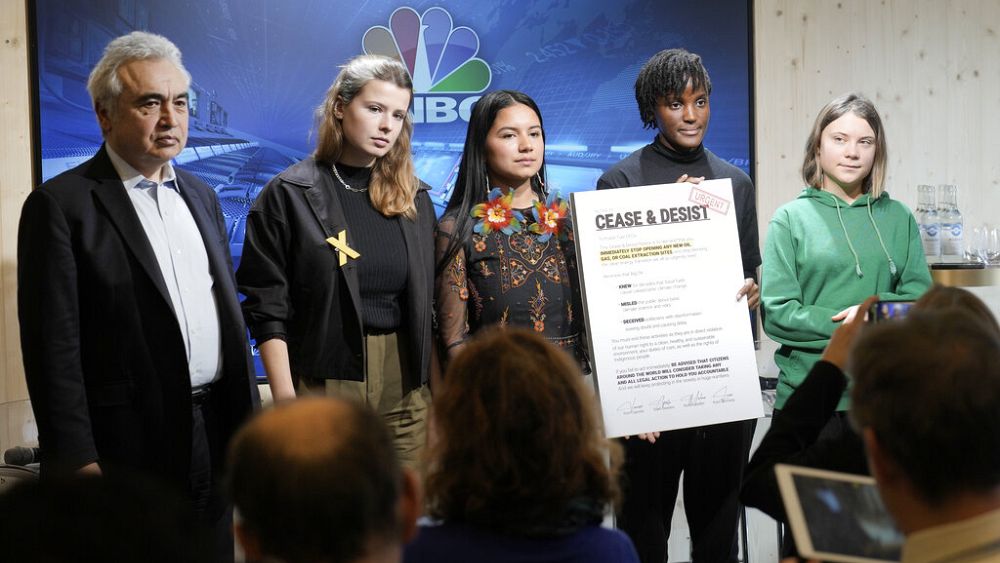 Swedish climate campaigner Greta Thunbergand other prominent climate activists including Vanessa Nakate and Helena Neubauer are holding a climate march on the final day of panels at the World Economic Forum in Davos, Switzerland.

Thunberg met with the chief of the International Energy Agency, Fatih Birol, on the sidelines of the convention on Thursday and slammed corporate elites for their inaction.

Leaders at Davos are “fuelling the destruction of the planet” by investing in fossil fuels and prioritising short-term profits over people affected by the climate crisis, she said.

The activists brought a ‘cease and desist’ letter calling on the heads of fossil fuel companies to stop all new oil and natural gas projects, it was signed by nearly 900,000 people.

Today’s proceeding will be the last of this year’s talks at the World Economic Forum, under the theme ‘Cooperation in a Fragmented World’.

The convention has brought together hundreds of world leaders and industry experts for special addresses, panel discussions and separate meetings.

Click on the image above to watch the march live.

What were the highlights of Thursday’s sessions?

Who can viewers expect to see on the final day of meetings in Davos on Friday?