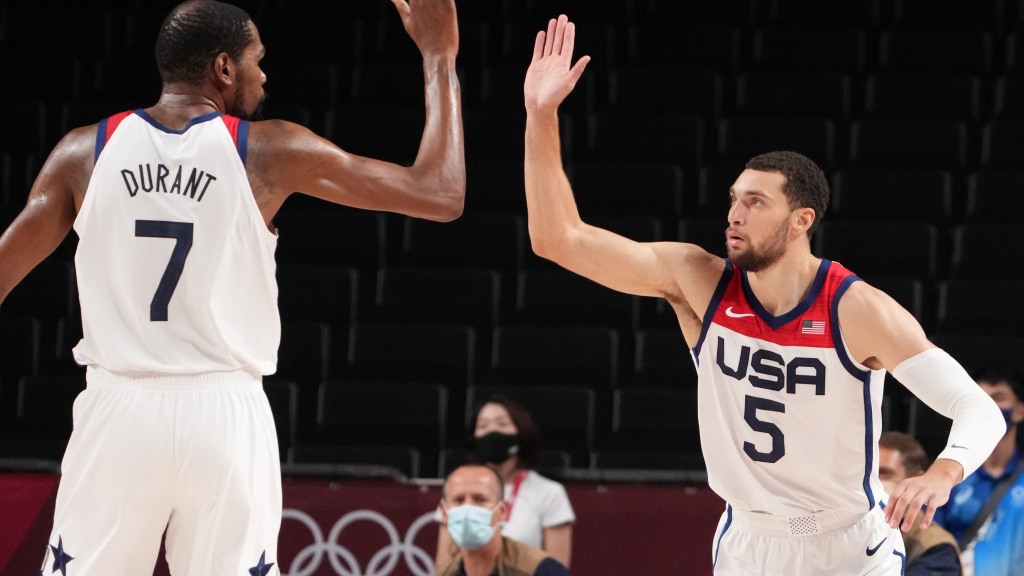 Zach LaVine is having a ball in Paris, France. It’s the first time for him to visit “The City of Lights,” and it is for the Chicago Bulls game versus the Detroit Pistons. He definitely hopes to make a return trip next year with the United States men’s national basketball team in the 2024 Summer Olympics, which Paris will be hosting.

LaVine was a key part of the USA squad that won the gold medal in the men’s basketball competition at the 2020 Tokyo Olympics. He averaged 9.7 points and 3.3 assists in the tournament, which Team USA culminated with an 87-82 win over France to capture the gold medal. After getting a taste of Olympic gold, LaVine said he would be more than happy to try and snatch another one.

“It would be great whenever you have an opportunity to play for your country,” LaVine said. “Last time, I was successful. We were able to bring back gold from over in Tokyo. It’s a great experience. I’ll never forget that. If I have another shot at doing that, I’d love to.”

LaVine, though, understands that nothing is guaranteed. Between his health and the deep talent pool the USA possesses, he knows it won’t be easy to make the team.

As fantastic as winning the gold medal was for LaVine, he says it wasn’t the complete Olympic experience, as the basketball tournament was played without any fans in the stands due to Covid-19. In 2024, with the world now coping with the pandemic in a much better way, LaVine is eager for the chance to have spectators present.

“We had to go out there and do our job either way. But it wasn’t the full experience,” LaVine added.“Going over to Tokyo, doing Opening Ceremonies with all the athletes, it was a unique experience because it was the first time in history all the athletes were together and really banded together and experienced it for each other.”

Read More: Zach LaVine hopes to return to Paris for the 2024 Summer Olympics