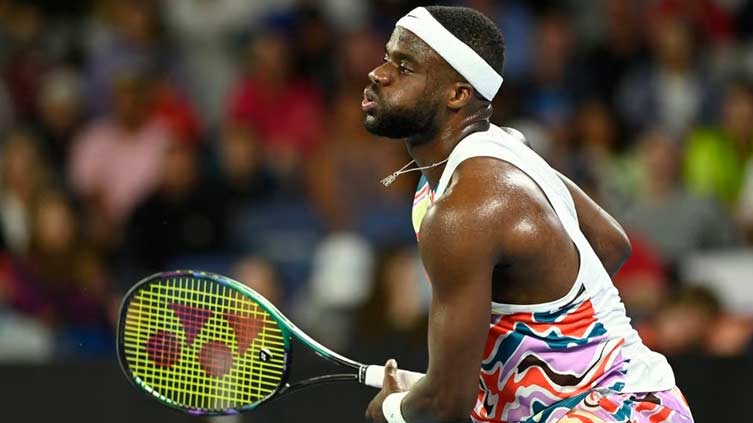 MELBOURNE (Reuters) – Frances Tiafoe’s multi-coloured Nike attire at the Australian Open has captivated and divided tennis and although Britain’s Dan Evans is of the opinion that the American pulled the look off well, he would not choose to wear it himself.

Tiafoe, who reached last year’s U.S. Open semi-finals, stole the show on the first day of the tournament as he sported a sleeveless top and shorts with a psychedelic red, purple and blue pattern during his four-set win over Germany’s Daniel Altmaier.

Even Tiafoe’s compatriot Coco Gauff said “it’s a lot going on”, as other Nike athletes have opted for plain shorts or skirts with the colourful top or the colourful shorts and a plain top.

“Do you think I would wear that?” Evans joked when asked if he would wear the outfit if offered. “I think Frances pulls it off pretty well. He definitely has the physique to pull it off, but you wouldn’t see me wearing a singlet or whatever they’re called.

“You’ve got to back it up if you wear something like that, and he’s definitely doing that. It suits him, his personality, how he plays the game. He’s great for the game. He’s always pretty positive, smiling, and a good character.”

Evans, who beat France’s Jeremy Chardy 6-4 6-4 6-1 on Thursday, will face fifth seed Andrey Rublev in the third round.