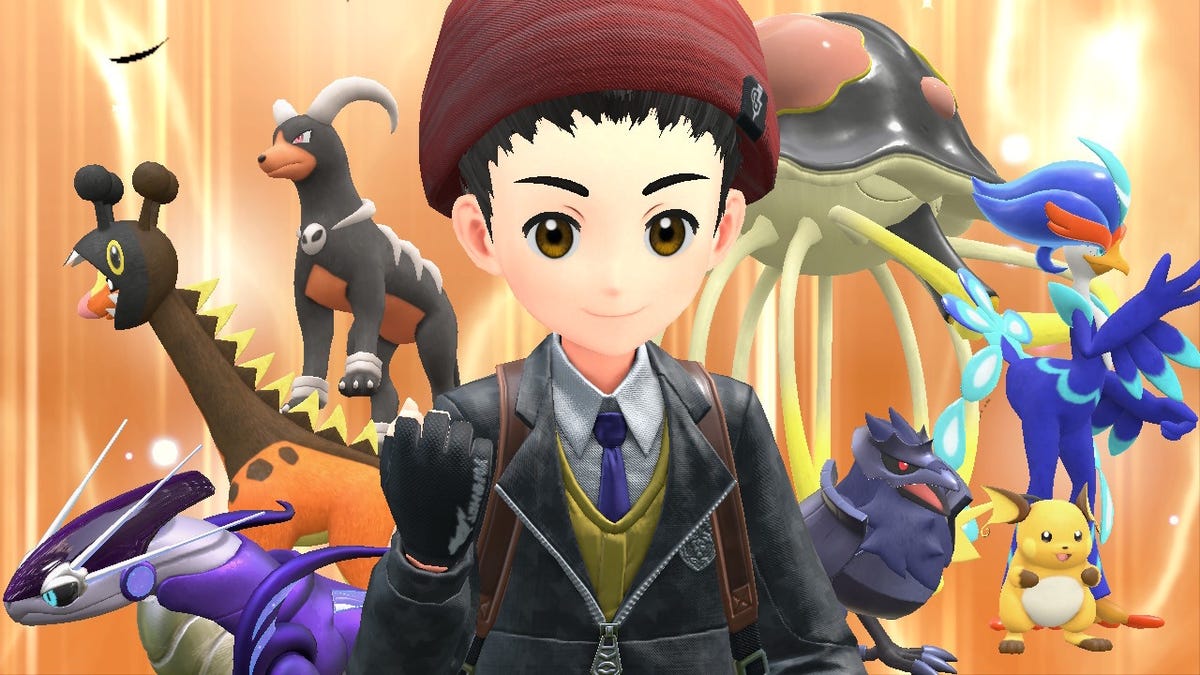 Pokémon Scarlet and Violet are about two months old at this point, but the quest to find out which Pokémon are the very best like no one ever was is an ongoing conversation among the competitive community. Smogon, one of the biggest hubs for competitive Pokémon on the internet, has been trying to sort through the games’ meta for awhile now, and while talks are still unfolding, we do have some idea of who the best Pokémon are in Generation IX.

If you want to just see the top Pokémon, feel free to ctrl+f/command+f “Who are the top ranked Pokémon in Scarlet and Violet?” Otherwise, let’s run through some context for those that don’t know how competitive Pokémon rankings work.

How do Pokémon competitive tiers work in Scarlet and Violet?

There are a lot of Pokémon, and a lot of disparity between them in terms of stats. So when it comes to creating a tier list for a Pokémon game, the community doesn’t just make one giant list. Instead, the Pokémon are divided into separate tier lists that have their own tiers. It sounds confusing, but think of it like this: the gap in stats between a little baby Pichu and Actual God Arceus is huge, and there are hundreds of Pokémon with different stats, movesets, and abilities that make them more or less competitively viable. Overall, the prospect of a perfectly balanced Pokémon game is unattainable in its current form, so rather than try and make a giant list and compare Pichu to Arceus, Pokémon fans divide Pokémon into different tiers that put different mons alongside others that are close in viability.

Standard/Overused: This is often considered a ‘baseline’ experience for competitive Pokémon battling. Here you’ll find a lot of the most popular, non-legendary Pokémon.

G/O Media may get a commission

Reserve the next gen Samsung device
All you need to do is sign up with your email and boom: credit for your preorder on a new Samsung device.

Underused: The next tier below is for the middle of the road Pokémon who are decent, but there are typically better options depending on what you’re trying to accomplish.

Rarely Used: Here is where we start to get to the Pokémon that would be a rarity to see in any higher tier play, as a lot of these critters have either some notable drawbacks or would just be better off replaced by a different Pokémon.

Never Used: These are the real stinkers. The losers. The weakest links, as it were. While Never Used is not the standard way of play, some folks just prefer the Pokémon who occupy the less competitive space as it can make for a more interesting or at least different type of competitive environment. Personally, Beautifly is one of my favorite Pokémon, and it’s considered a Never Used Pokémon. Sometimes your friends are just not as good as the pros, and that’s okay.

Uber: This is the tier where most legendary Pokémon fall. Palkia, Arceus, Mew, the Lati twins? All of them exist here alongside a select few normies who have some great stats or strategies. A great deal of Pokémon that fall into the Uber tier are banned elsewhere, and for good reason. They’re the most powerful Pokémon in the game and can pretty easily bulldoze over everything else. So now they get to be in their own pool and fight each other, rather than stomping on a family of Maushold.

For the uninitiated, Smogon is basically the officially unofficial hub for competitive Pokémon. Though the site technically abides by different rules than the official Pokémon competitive leagues, it has a pretty robust and thorough system for tier rankings that has become extremely common vernacular for the Pokémon community. It’s so prevalent that it’s recognized across Pokémon hubs like Serebii. So if you’re looking for an official ranking of the best Pokémon straight from The Pokémon Company’s mouth, that’s not what Smogon is. Plus, these kinds of discussions are often spurred by the community, as they’re the most equipped to speak candidly about the strengths and shortcomings of a game. So if you want to learn more about the best Pokémon to make up a competitive team, you won’t find a source more qualified than the users at Smogon.

The site also publishes usage statistics to give people a sense of how often certain Pokémon show up in competitive play, and based on December’s stats, it seems Paradox Pokémon are occupying a lot of space in standard play. Great Tusk was the most used Pokémon in December, with Iron Valiant, Roaring Moon, Iron Tusk, Iron Moth, and Iron Hands all appearing in the top 36 Pokémon in the tier.

Who are the top ranked Pokémon in Scarlet and Violet?

As previously outlined, who the “best” Pokémon are varies by tier, but it’s not just stats that determine how high a Pokémon will rank. There are also abilities, attacks, and stat training that will help a Pokémon climb the ranks. So while those are all key factors, the Smogon community has been debating and discussing the matter since Scarlet and Violet launched.

The easiest place to start is the Uber tier, as that’s where the most powerful Pokémon are, though a lot of them you won’t be able to use in competitive play outside of that tier. Unsurprisingly, the game mascots Koraidon and Miraidon are ranked at the very top of the Uber tier list. It’s often the case for most Pokémon games for the legendary box art characters to rank high, as they’re propped up as a powerful entity at the end of your journey. In Scarlet and Violet, you befriend these two almost immediately as the game starts, but they aren’t usable in battle until the endgame. They have powerful stats, abilities that give them stat boosts the second they’re on the field, and have a lot of tricks in their moveset.

Further down the list, the A rank of best Pokémon is primarily made up of both the secondary legendary monstersPokémon you’ll meet in the Paldea region (Chien-Pao, Ting-Lu, and Chi-Yu are here, though Wo-Chien is not part of the Uber tier) and the Paradox Pokémon that are ancient or futuristic relatives to established Pokémon. Flutter Mane, Great Tusk, and Iron Bundle lead the pack, with Iron Treads coming at the bottom of A-tier. There are a few normies here, as well, with Corviknight, Gholdengo, and Skeleridge also in A-tier.

When you go from Uber to Overused, you’ll notice some Pokémon who were ranked lower than others in Uber are ranked higher in lower ranks. This is because having some of those Uber Pokémon in the pool changes things in the meta, and as they’re not in the OU pool, some Pokémon who suffered from significant counters can rise in the ranks. So right now, Gholdengo, Dragapult, and Great Tusk are at the top of Smogon’s OU rankings for best Pokémon. This is above several legendaries like Chien-Pao and Ting-Lu, who fall into the A ranking alongside some Paradox Pokémon like Iron Valiant and Roaring Moon, as well as some standard Pokémon like Dragonite, Espathra, and Kingambit. As the A ranking goes down the list, some Pokémon that were ranked high in Uber like Corviknight, Iron Treads, and Glimmora appear alongside Dondozo, Graganacl, and Grimmsnarl.

The Paradox Pokémon ranking high makes sense, as they’re meant to be primal/synthetic versions of typical Pokémon with more powerful stats, more diverse movepools, and new typings that often give them a leg up on their modern day counterparts. They are, inherently, meant to be more powerful and dangerous Pokémon than the ones you’ll come across in the rest of Paldea. So they’d naturally float to the top of competitive play, as well.

Should you use the top Pokémon from the competitive tier lists?

Crucially, if you’re looking here for ideas on how to build a good competitive team, know that a tier ranking is not the end all be all of a Pokémon’s viability. For example, a lot of competitive players have latched onto Murkrow because it can use the move Tailwind to increase your team’s speed, and the Prankster ability gives you turn priority when using it. So while Murkrow’s stats are nothing to write home about and it doesn’t show up in most competitive rankings, it’s still a very useful addition to your team.

At the moment, it seems like Legendary and Paradox Pokémon are coming out on top for competitive play in the Uber and Standard tiers, but these rankings are still in flux and will change in the months to years to come as players discover new strategies and builds. These changes are pretty frequent right now because the game is still so new. So things are shifting around with some pretty broad strokes. So it will be interesting to see how the meta changes as time goes on and players learn new combinations and builds.

Read More: The Pokémon Tier List Everyone Is Waiting On For Scarlet And Violet