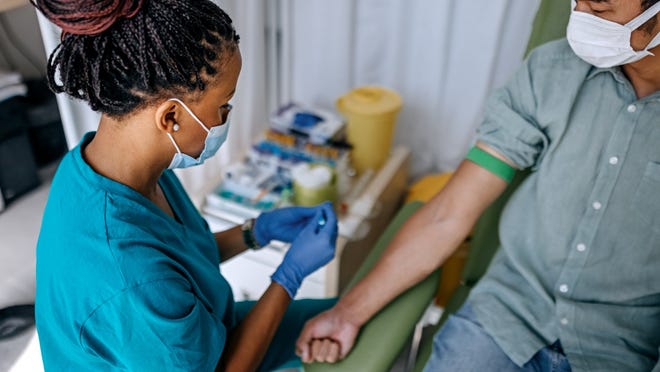 The state of Tennessee is cutting funding to HIV prevention, detection and treatment programs that are not affiliated with metro health departments as of May 31. Organizations across the state were formally notified Wednesday.

In an email obtained by The Commercial Appeal, United Way of Greater Nashville ― which administers the funds given to the Tennessee Department of Health by the Centers for Disease Control and Prevention ― told partner organizations there would be a change in the state’s HIV prevention program.

“TDH has informed United Way that CDC Prevention and (Ending the HIV Epidemic in the U.S. initiative) funding will end on May 31, 2023. TDH will utilize other state initiatives to support all HIV prevention and surveillance staff and activities in funded metro health departments and those contracts will be in place by June 1, 2023,” said Niki Easley, director of the HIV/AIDS Initiative for the United Way of Greater Nashville.

In a separate email obtained by The Commercial Appeal, state epidemiologist John Dunn told affected organizations that the federally-funded Ryan White program would not be impacted.

The USA Today Network-Tennessee reached out to the Tennessee Department of Health but did not receive an immediate response.

Ashley Coffield, president and CEO of Planned Parenthood of Tennessee and North Mississippi, said the severance of HIV funding for community-organizations is likely to hit Shelby County the hardest.

“The state health department walking away from CDC funding for HIV prevention is going to impact the community-based organizations that are on the ground doing the preventive work that is necessary to end the HIV epidemic in Shelby County. It’s politics before people, and it puts people’s health and well-being at risk,” Coffield said.

The CDC has not returned a request for comment.

According to the federal agency, Shelby County is part of the Ending the HIV Epidemic in the U.S. initiative because it is one of 50 local areas that account for more than half of all new HIV diagnoses across the country.

Preliminary CDC data show 831 new cases of HIV were diagnosed across Tennessee in 2021 and 575 new cases were diagnosed in the first nine months of 2022. AHEAD, which solely tracks HIV-related data, includes a data subset for Shelby County. According to AHEAD, Shelby County saw 232 new HIV diagnoses in 2022.

All entities that track HIV data point to an overall decline in new diagnoses since the height of the HIV and AIDS epidemic in the U.S. This is largely due to urban and rural community programming that raises awareness around transmission risks, distributes prophylactics, and provides regularly accessible testing.

How drastically the landscape of HIV prevention in Tennessee will be affected is unclear. Following the May cutoff, organizations that provided these resources will have to scramble to secure new avenues of funding.

Also on Wednesday afternoon, U.S. Rep. Steve Cohen announced a $1.2 million grant for an HIV/AIDS program that helps provide wraparound care services for people living with HIV who are uninsured or underinsured.

“Shelby County’s Ryan White HIV/AIDS program has been successful in preventing the spread of HIV/AIDS and in providing treatment to patients in need,” Cohen said. “This grant funding will help Shelby County provide care for those affected by HIV and AIDS. It will improve treatment outcomes for patients in Shelby County and ultimately save lives.”

Some of the community and healthcare organizations that will be affected include:

Corinne S Kennedy covers healthcare, economic development and real estate for The Commercial Appeal. She can be reached via email at Corinne.Kennedy@CommercialAppeal.com

Micaela Watts is a reporter for The Commercial Appeal covering issues tied to access and equity. She can be reached at micaela.watts@commercialappeal.com.