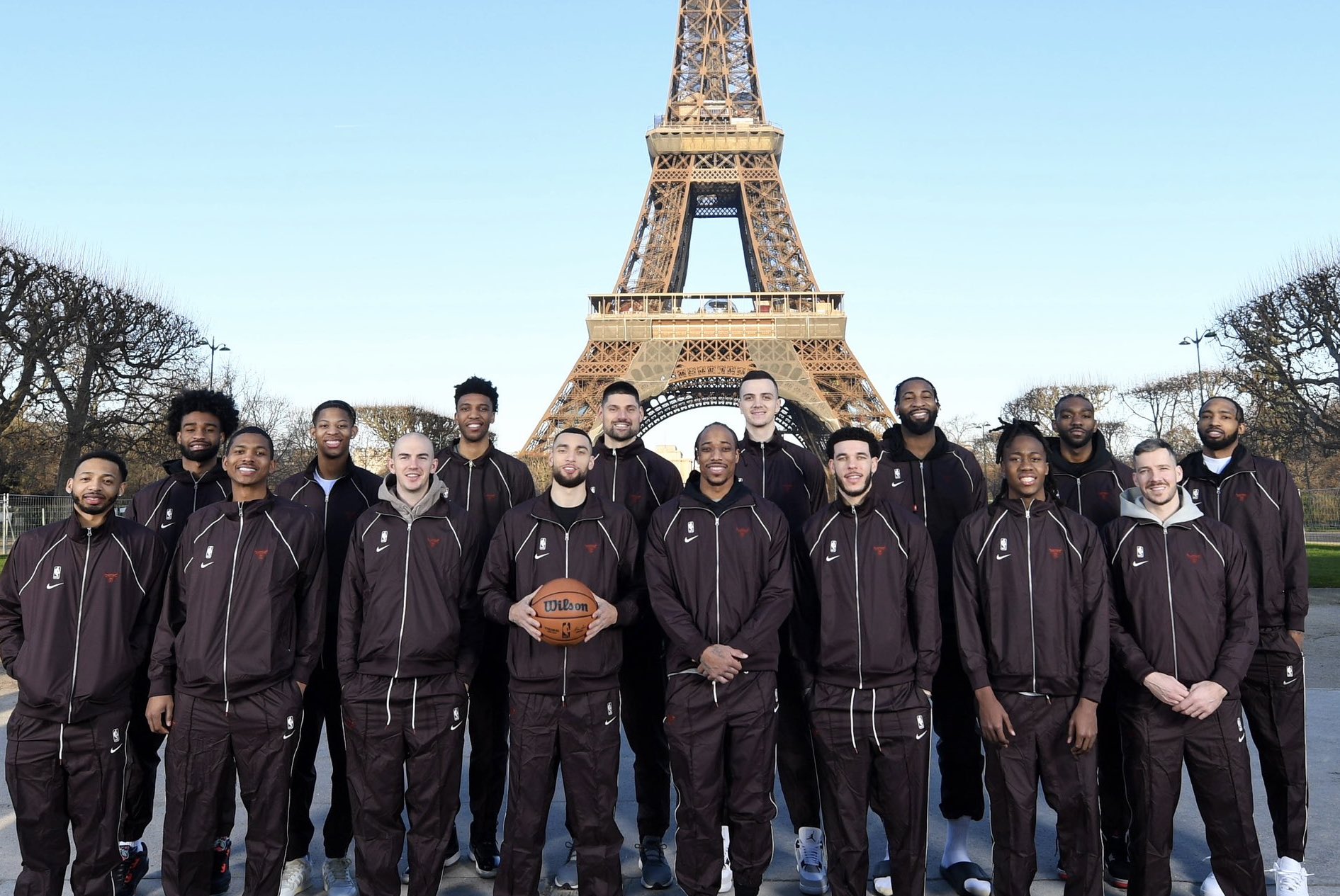 Chicago Bulls visit the Eiffel Tower in Paris ahead of the NBA games. –CHICAGO BULLS

The NBA returns to Paris on Thursday for the first time in three years amid growing optimism in France that the men’s national team could win Olympic gold on home soil next year.

Tickets to see the Chicago Bulls face the Detroit Pistons at Accor Arena sold out in minutes and the build up to the game has been “crazy in the best possible way,” said George Aivazoglou, the NBA’s head of fan engagement for Europe and the Middle East.

“The French have a phenomenal basketball culture and over the years they have developed great players, great clubs and very good national teams,” Aivazoglou told Reuters.

This game can take you around the world. DeMar DeRozan on what it means to grow the game internationally. #NBAParis

The French men’s team won their third Olympic silver at the Tokyo Games in 2021 after nearly upsetting the United States in the final and will look to get on top of the podium in front of their own fans at next year’s Games.

The 7-foot-4 Le Chesnay-born center is the most hyped prospect since LeBron James and is expected to be selected first overall at the 2023 NBA Draft, possibly by the struggling Pistons.

“He’s one of the biggest prospects in many decades if not among the top ones of all time,” Aivazoglou said.

“Basketball is a sport the French are already super excited about and Wembanyama just adds to it.”

After the lengthy absence due to the COVID-19 pandemic, the league says it will not let another three years go by before returning to the French capital.

“We’re looking at where we are going to play our regular season game next year and we anticipate that it is very, very likely that we will come back to Paris,” Aivazoglou said.

Get the hottest sports news straight into your inbox

Don’t miss out on the latest news and information.