Thailand’s Space Age in the Making 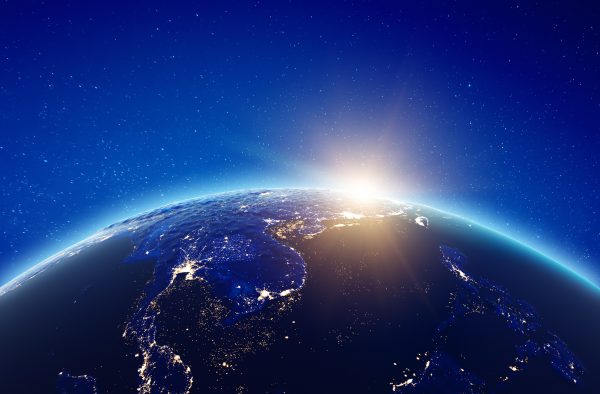 2023 is going to be a year marked by increased competition between states, big and small alike, to advance “territorial claims” in outer space.

Japan, for instance, is taking the lead to redefine space operations, which have been traditionally dominated by state enterprises, by allowing private space entities to extract and sell space resources. Meanwhile, China has publicized a vision to become a “fully comprehensive space power” with independent capabilities to develop space infrastructure and a governance system by 2045. This bold yet achievable goal, cemented by the successful completion of the Tiangong space station – completely constructed and operated by China, as opposed to the shared International Space Station – has set off alarm bells in the United States and will no doubt serve as a catalyst for NASA’s Artemis program to build a permanent human presence on the Moon and potentially Mars.

Sending people to the Moon is, at this point, obviously unthinkable for middle-sized countries with limited resources like Thailand. Recent developments nonetheless suggest that Thailand is on track to build a comprehensive space strategy and has a role to play in the space domain.

In mid-December, amid the excitement and anxiety of Thailand’s approaching general election, the Thai cabinet gave a nod to the 15-year (2023-2037) national space master plan and the drafting of the national communication satellite policy. Then, early this month, the government’s push for the construction of a spaceport on Thai soil came to public attention. Thailand’s proximity to the equator – a perfect location for launching rockets and spacecraft – together with the creation of jobs and investment opportunities were cited as justifications for the scheme.

Get briefed on the story of the week, and developing stories to watch across the Asia-Pacific.

As discussed previously by The Diplomat’s senior columnist Prashanth Parameswaran in these pages, Thailand has long regarded outer space as vital to its survival. The country’s leading space agency, the Geo-Informatics and Space Technology Development Agency (GISTDA), responsible for providing geo-informatics services and conducting research to prepare Thais for “future needs,” was established in 2000. The National Astronomical Research Institute of Thailand formed in 2004 is another important unit.

Roughly 19 years after the formation of GISTDA, Thailand embarked on a mission to send the first Thai military satellite named Napa-1, assembled by a Dutch company, into orbit. But much like the Royal Thai Navy’s submarine acquisition, the Napa-1 launch was disrupted by the unprecedented COVID-19 pandemic and technical difficulties.

Unlike the more complicated and arguably doomed submarine procurement, however, Napa-1 was finally and successfully launched from French Guiana on September 3, 2020. And, in July 2021, Napa-2 followed suit from Cape Canaveral Space Force Station in Florida. In that very same year, the Thai Space Consortium (TSC) project to launch five small and domestically-made satellites into space within six years was announced. The cost of each satellite is estimated to range between 900 million and 3 billion baht. The first satellite tasked with observing the Earth’s natural resources, TSC-Pathfinder, is expected to launch this year whereas the most ambitious final satellite, TSC-2, will attempt to reach the Moon’s orbit in 2027.

The costly TSC project has unsurprisingly raised doubts and complaints from many Thai netizens, who argue that taxpayers’ money should be prioritized for poverty and inequality reduction. But investors, scientists and various institutions that serve as the main drivers of Thailand’s future development are all on board with the government’s plan.

Based on existing information, it is clear that Thailand’s space dream goes well beyond simply “trying to keep up with the trend” to preserve national security and economic interests. The TSC project along with spaceport talks underscore the Thai government’s determination to showcase Thailand’s technological prowess and rise as a regional center for space travel and research. Indeed, the newly approved national space master plan 2023-2037 is an extension of the 2017-2036 blueprint – Thailand’s first long-term plan for space development – that places a strong emphasis on international cooperation and human capacity building to support Thailand’s goal of becoming a space hub in Southeast Asia.

As with electric vehicles, Thailand’s formidable competitor in space activities appears to be Indonesia, which has conducted space research since 1963. Indonesia under Joko Widodo’s leadership has also actively sought to build its own spaceport on the island of Biak off the coast of Papua.

The relevance of space is indisputable and expanding, and Thailand’s existing space plans laid out by the Prayut Chan-o-cha government are likely to survive a transfer of power – just as the Biden administration has embraced NASA’s Artemis project greenlighted by the Trump government. Still, considering Thailand’s budget inconsistencies and endless domestic political troubles, it remains to be seen whether Thailand will make substantive progress in a timely manner and rise as a recognized player in the internationally competitive space race.