As you scroll through social media this week, there’s a chance you’ll see pictures of your friends, but re-imagined as celestial beings or cartoon-like characters. Perhaps you’ve even seen a few of the eye-catching portraits already – or maybe you’re grimacing at the notion of another viral trend hijacking your feed. Whether you’re a fan or foe, the popular app behind the avatars is Lensa, and some users are voicing concerns about how much the portraits distort body shapes and skin color.

Here’s what else you need to know to Get Up to Speed and On with Your Day.

(You can get “5 Things You Need to Know Today” delivered to your inbox daily. Sign up here.)

More than 15 million people in 14 states are under winter weather alerts as a multi-day severe storm begins today for parts of the South and southern central US. The storm system already slammed into the western US over the weekend, causing avalanche warnings and closing major highways. Meteorologists say the storm will strengthen as it heads east Tuesday, likely impacting a large swath of the Lower Mississippi River Valley. Areas in Louisiana and Mississippi could see tornadoes, high wind gusts and damaging hail. To the east, residents in various areas are expected to see several inches of snowfall in the coming days. The storm already made for icy and dangerous conditions from Northern California to Nevada with blowing snow and near-zero visibility, officials said.

The historic Artemis I mission came to a momentous end Sunday as NASA’s Orion spacecraft made a successful splashdown in the Pacific Ocean off Mexico’s Baja California. The mission sent the uncrewed spacecraft on a trip around the moon for a little over 25 days to test whether its capsule could make a safe return to Earth. Now that it has cleared that hurdle, NASA is looking to choose a crew of astronauts to fly the Artemis II mission, which could take off as soon as 2024. Artemis II will aim to send astronauts on a similar trajectory as Artemis I, flying around the moon but not landing on its surface. Then, the Artemis III mission, currently slated for a 2025 launch, is expected to put boots back on the moon, and NASA officials have said it will include the first woman and first person of color to achieve such a milestone.

Amid freezing temperatures, Ukraine is working to patch up sections of its power grid faster than Russian missiles can knock them out. “The enemy is hitting the most important facilities and key elements of substations that ensure the output … and transmission of electricity,” the CEO of state power generator Ukrenergo told CNN. This comes as President Joe Biden and Ukrainian President Volodymyr Zelensky spoke on Sunday to discuss Russia’s attacks and recent US efforts to strengthen Ukraine’s air defenses. Zelensky thanked Biden for an additional $275 million in security assistance, which the Pentagon announced on Friday, as well as for the wider and “unprecedented” US support of Ukraine’s sovereignty in the face of Russia’s ongoing invasion.

After a thrilling two days of quarterfinals, we now know the lineup of the four teams still standing in the 2022 World Cup. The semifinal matches are set with Argentina vs. Croatia on Tuesday and France vs. Morocco on Wednesday. England and France engaged in a heavyweight bout Saturday – and it took everything the French had to hold off the English, who played well and threatened to equalize even in the waning moments of an extended stoppage time. Also on Saturday, renowned player Cristiano Ronaldo left the pitch in tears after Morocco stunned Portugal with a 1-0 victory, becoming the first African nation to make a World Cup semifinal. Separately, the sudden death of prominent American journalist Grant Wahl while covering the World Cup has prompted tributes from across the sports world.

China is currently making changes to abolish its Covid-19 trace tracking system, according to officials in the country. Since the beginning of the pandemic, China has used the system, which is tied to people’s phone numbers, to track an individual’s travel history over the last 14 days in an attempt to identify those who have been to a city with any “high-risk zone” designated by authorities. It had been a point of contention for many Chinese people due to concerns around data collection and its use by local governments to ban entry to those who have visited a city with a “high-risk zone”– even if they did not go to those areas within that city. While the dismantling of China’s zero-Covid policy is favored by many, some health experts are wary that an outbreak could soon rattle the country’s capital.

This woman quit her lucrative job as a software engineer to help children in need. Watch the moment CNN’s Hero of the Year was announced.

This precious little girl was overcome with emotion when she saw her family supporting her in the crowd. See the adorable video here.

The tourist attractions you can’t visit in 2023

You can scratch these places off your list… some of these attractions are either under renovation or are saying a permanent goodbye.

The 22-year-old rookie quarterback was the last pick of this year’s draft. But to everyone’s surprise, he outdueled Tom Brady in a 35-7 blowout win over the Tampa Bay Buccaneers.

Twitter is auctioning off memorabilia from its San Francisco office

As if things couldn’t get more bizarre at Twitter… the company is now auctioning off dozens of items and supplies – including a large Twitter bird statue and a giant “@” sculpture.

Dorothy Pitman Hughes, the co-founder of Ms. Magazine – one of the most prominent feminist magazines – has died, according to a funeral home in Georgia and her longtime colleague and friend Gloria Steinem. She was 84. “Her devotion to children’s welfare, racial justice and economic liberation means that she left the world in a better place than she found it,” Steinem wrote in an Instagram post.

That’s about how long it’s been since the bombing of Pan Am Flight 103 over Lockerbie, Scotland. The attack killed 259 people on the New York-bound flight and 11 people on the ground shortly after taking off from London in December 1988. On Sunday, authorities in the US and Scotland announced a Libyan man is now in US custody for his alleged involvement in making the bomb that destroyed the plane.

“My heart was made whole thanks to the collective efforts of many!”

– Brittney Griner’s wife Cherelle, thanking the many people she said supported her and Brittney during Griner’s imprisonment in Russia. After being released Thursday, the basketball star arrived at a military medical facility in Texas. Officials say she is undergoing routine evaluations before she returns to her regular life. 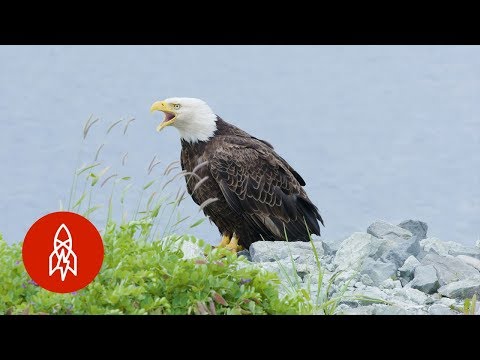 This town is full of bald eagles

For most Americans, a bald eagle sighting is a rare occurrence. But in this town, you can find the predators lurking everywhere. (Click here to view)