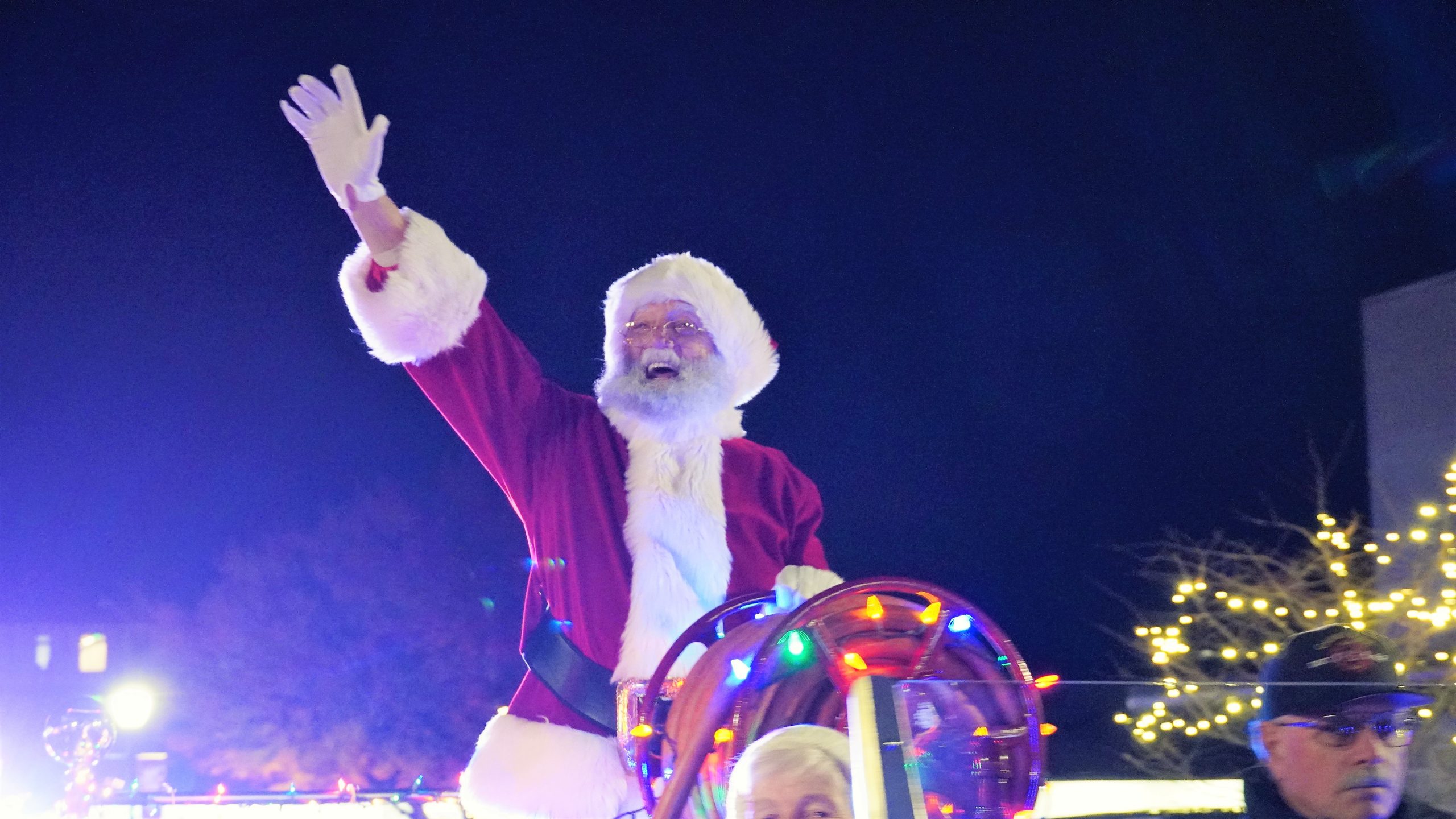 While the holiday shopping season and store displays seem to creep ever earlier each year, for many a Canbyite, the Christmas season will never officially begin until the community gathers downtown to welcome Santa and Mrs. Claus and light the trees and decorations at Wait Park.

If that’s you, well, the wait is over: The City of Canby’s annual Light Up the Night tree lighting and holiday parade went off without a hitch Friday evening.

Traditionally held on the first Friday in December, the event came with a little extra winter magic this year, being sandwiched by the season’s first snow on Thursday (a brief flurry easily missed by even the most astute observers) and a more sustained dusting throughout Sunday morning and into the early afternoon.

On Friday, hundreds of residents crowded the streets of downtown Canby for the much-anticipated annual event, led by Canby police and fire vehicles and Mayor Brian Hodson.

Businesses, organizations, schools and civic groups paraded through on floats and on foot, adding light, color, Christmas music and, of course, fistfuls of candy to the festive air.

At the end of the long caravan were Canby’s beloved Santa and Mrs. Claus themselves (Ed and Judy Grautski) greeting the throngs and delighting children from atop CFD’s antique 1935 engine piloted by longtime volunteer firefighter Wayne Austen.

Eventually, the parade wound its way to Wait Park, where Canby Fire Chief Jim Davis and Police Chief Jorge Tro escorted the festive first couple to their thrones at the gazebo.

There waited emcee Greg Perez and Canby City Councilor Sarah Spoon, whom the community had given the honor to push the plunger symbolically electrifying the park’s decorations and Christmas tree.

Hodson and Spoon offered a few words to commemorate the occasion, and the Oregon Trail Pitchpipers performed festive jingles until the hour was ripe.

At last, Spoon, who recently announced she was stepping down after six years of service, and her family flipped the switch as the community counted down to bring Canby’s beloved downtown park to life with color and light.

The annual display is a labor of love by the city’s public works and parks maintenance teams and also involves the lights and decorations on the trees along First and Second Avenues and in the Civic Plaza outside City Hall.

Help us build a sustainable news organization to serve Canby for generations to come! Let us know if you can support our efforts to expand our operations and keep all of our content paywall-free. #SwimWithTheCurrent!