Home » Is An Energy Winter Coming To Europe?

Is An Energy Winter Coming To Europe? 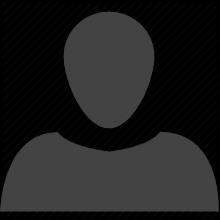 BARCELONA — The European Green Deal aims to reduce Europe’s greenhouse-gas emissions to net zero by 2050, not least through decarbonisation of the energy sector. But while Europe wants to be a global leader in the fight against climate change, the question is whether it can achieve its goal and at what cost. The task is formidable, and the obstacles are daunting.

The COVID-19 crisis demonstrated the scale of the changes that are needed to reduce carbon usage massively. Consumers and politicians want to avoid such a shock by phasing in stable supplies of cheap, green energy. Good policy and technological progress will bring that objective within reach; but, for now, there are trade-offs.

Because carbon must be taxed sufficiently to account for the negative climate externality it generates, the price of carbon-dioxide emissions must go up, which will make electricity more expensive. That, together with an increase in natural-gas prices, is why Europeans have experienced a recent surge in wholesale electricity prices. The political consequences of this development were foreshadowed in the 2018-19 gilets jaunes (yellow vests) revolt in France, which was a response to only a moderate increase in fuel taxes.

Europe must import most of the natural gas it needs. But to guarantee a secure supply, it puts itself at the mercy of countries like Russia and Algeria, which tend to use their gas resources geopolitically, against Ukraine and Morocco, respectively. Russia supplies one-third of the gas Europe needs and is pushing to activate Nord Stream 2, a pipeline to deliver supplies directly to Germany, bypassing Ukraine. Making matters worse, individual countries such as Germany or Spain, not the European Union, negotiate with suppliers. Exploiting these dynamics, Russia has demonstrated recently that it can influence the gas price by withholding supply.

The conflict between climate priorities and cheap, secure energy is growing. A country with coal reserves can always avail itself of those resources to secure its energy supply. A case in point is Germany, where coal-fired electricity generation represents about 30 per cent of the power supply, owing to the government’s decision to phase out nuclear power following the 2011 Fukushima disaster in Japan.

The surge in gas and electricity prices this year makes clear that the energy transition will not be a smooth process. The challenges are enormous. Chief among them is overcoming the intermittency problem. To mitigate price volatility, renewables require a backup technology to fill in when wind or sun intensity is low. Natural gas usually serves this function, hence the spike in electricity prices, and that will remain the case at least until more efficient electricity storage facilities are in place.

In the EU’s wholesale electricity market, the price is determined by the last technology in the merit order of supply, that is, the sequence of preferred power plants. Typically, this backstop is a combined cycle turbine plant (gas) or a hydroelectric facility. The market is a pool where generators’ supply schedules are aggregated and aligned with demand to obtain the price at which all suppliers are remunerated.

Ideally, the price signal from a competitive market would give the right indication for investment by producers and consumption by users. But, in fact, there is no free entry for some technologies, such as nuclear and hydro, users are not necessarily responsive to prices, and the structure of supply is not competitive but oligopolistic.

But these factors alone are no reason to dump the pool, so the question is how to provide the right incentives for investment, particularly in renewables. Here, long-term contracts to supply electricity and procurement auctions may play a crucial role in improving the functioning of the pool and mitigating market power. Owing to substantial cost reductions over the past decade, renewables are now competitive and will flourish as long as fossil fuels are not subsidized and carbon is priced appropriately.

Investment depends on regulatory stability, and thus could be impaired by a hasty reaction to the current price spikes. Still, there are ideas worth considering. The Czech Republic, Greece, France, Spain and Romania have proposed that the EU coordinate gas purchases and create a strategic reserve. That is an excellent idea, as it would both increase the EU’s bargaining position and improve supply security.

Other recent proposals must be carefully assessed to avoid any interference with price formation. Rather than trying to cap electricity prices, it is better to subsidise vulnerable consumers directly. The wholesale market must continue to provide a price signal for producers and consumers. The inevitable increase in the price of emissions rights, within the emissions trading system, should not be blamed on speculators; it most likely reflects the market’s anticipation of higher CO2 prices, a necessary component of the energy transition.

If Europe wants to liberate the fight against climate change from the politics of energy security, it first must achieve a balanced energy mix in an integrated market. That means it cannot ignore the potential contribution of nuclear technology, as the Intergovernmental Panel on Climate Change has pointed out.

Furthermore, a unified European energy policy for gas procurement and storage is necessary, as are investments to develop new technologies such as carbon capture and green hydrogen. But the EU cannot be naive. Climate change is a global problem. If Europe’s emissions reductions are offset in other parts of the world, there will have been no progress, and Europe will end up less competitive. A carbon border adjustment tax will be needed to address this concern.

The EU has a reputation for acting only when it is on the brink of disaster. We may well be in one of those moments. Winter is coming.

Read More: Is An Energy Winter Coming To Europe?