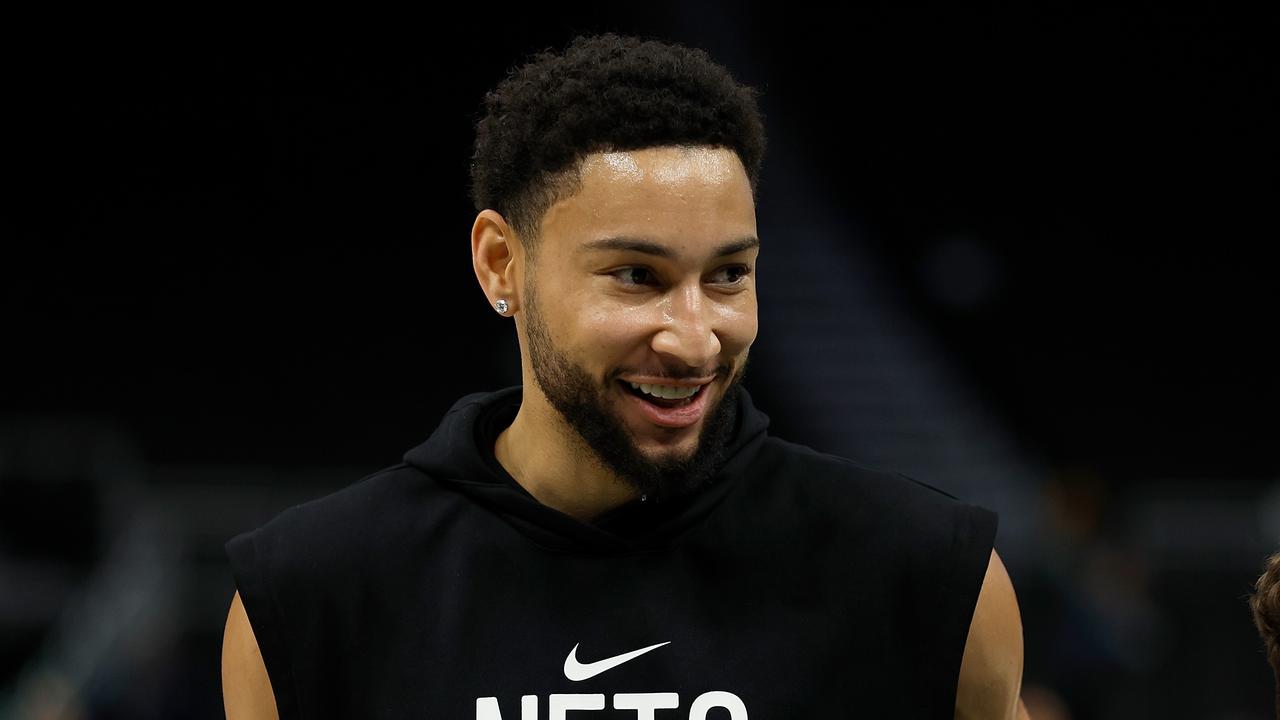 Ben Simmons said he will “one hundred per cent” represent Australia at the Olympics one day, declaring it a “dream” of his while also opening up on his move to the Brooklyn Nets.

Speaking to The Good Weekendas part of a wide-ranging feature interview, an honest Simmons reflected on the disappointing nature of his Sixers exit and hopes for the future.

Those hopes include finally putting on the green and gold of the Boomers, having missed out on being a part of Australia’s historic run to a bronze medal at the Tokyo Games.

“I was in the middle of the s***,” Simmons told the magazine, looking back on his decision not to play in Tokyo.

“Of course I wanted to go out there and play with Dante Exum and Joe Ingles and Patty Mills – those are my guys. But there’s only so much to say: I was in a bad place, and I didn’t play. Do I want to play for Australia? One hundred per cent. Will I one day? One hundred per cent. “I’m going to the Olympics. It’s not a question – it’s a dream of mine. But I’m also not going to let people tell me when and how I do things.”

Unfortunately for Simmons, his NBA career so far has been largely defined by other people’s opinions and that was particularly true in Philadelphia. Although it was not all bad.

“I had a great time there. I didn’t mind living there … for a while,” Simmons said.

Now in Brooklyn, not everything has gone to plan for Simmons, who is sidelined at the moment with a knee injury.

But speaking to The Good Weekend two weeks before this season, the 26-year-old said he was in his “happy place” and starting to “feel good”.

“You’re in your happy place. You feel good. You feel right. You feel present in the moment,” he said.

“For two years I feel like I lost that, and was going through the motions. But right now, I feel incredible. It’s almost like heaven.”

The spotlight has followed Simmons around since he first signed with Louisiana State University and only intensified in recent years.

It is not just Simmons though who has felt the brunt of the criticism, with his mother Julie describing the “level of relentless hatred” as “totally disproportionate”.

“I got to a point where I was so enraged, because I felt what they were doing was dangerous and ill-informed and just wrong,” she added.

“It almost became a sport – to pile on and make a joke about it, make a joke of him, but he’s a person. He’s my son.”

He is also a brother and Simmons’ eldest sister Melissa revealed that the level of scrutiny was so bad that it even started to impact the 26-year-old’s charity work.

Simmons partnered with Operation Warm, a national nonprofit that gives winter coats to kids in need, for a number of years in Philadelphia.

“We were a little bit worried that people in Philly might not wear the coat if they knew it was from Ben Simmons,” Melissa said, also revealing a few kids dropped technology scholarships as his name was attached.

Simmons opened up about a lack of support from some teammates and coaches in Philadelphia in September and made similar admissions to The Good Weekend.