Home » Chums: How a Tiny Caste of Oxford Tories Took Over the UK

Chums: How a Tiny Caste of Oxford Tories Took Over the UK 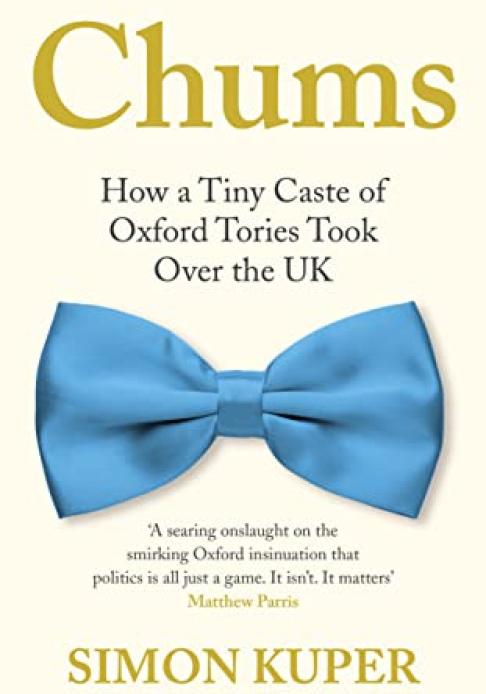 Most foreigners are perplexed by the flagrant air of diffidence and dilettantism with which former British Prime Minister Boris Johnson and other contemporary Brexiteers have ruled the United Kingdom. According to this engaging and detailed book, their conduct reflects their upbringing. Since 1955, five Conservative prime ministers (and a surprising number of their close associates) have attended Eton College and then Oxford University. At Eton, most of them studied ancient languages, read nostalgic tales of the British Empire, honed their ability to speak in public, and triumphed over their peers in cutthroat schoolboy politics. Also, whether born to it or not, they learned how to wear white tie, speak with a proper accent, and break rules with a witty insouciance that signaled unquestioned upper-class privilege. Once at Oxford, they eschewed the study of the natural and social sciences in favor of English, constitutional history, and classics—subjects whose obvious lack of practical utility further cemented their social distinction and whose ease allowed them to fake their way through tutorials without sharpening analytical skills or spending hours reading. Instead, they frequented the Oxford Union, a venerable institution of which Johnson was president. At its parliamentary-style debates, they perfected the arts of manipulating arcane procedures, stabbing fellow students in the back, and, above all, making others laugh, which allowed them to triumph over those who came armed with facts, analysis, and a sense of public purpose. Three decades later, the result is an experienced cohort of superficially eccentric yet in fact resolutely reactionary leaders whose ability to appeal to both wealthy interests and popular prejudices has been honed to a fine edge. Theirs may be the last generation of such Oxford Tories, yet their policies may well influence the United Kingdom for generations.

Read More: Chums: How a Tiny Caste of Oxford Tories Took Over the UK