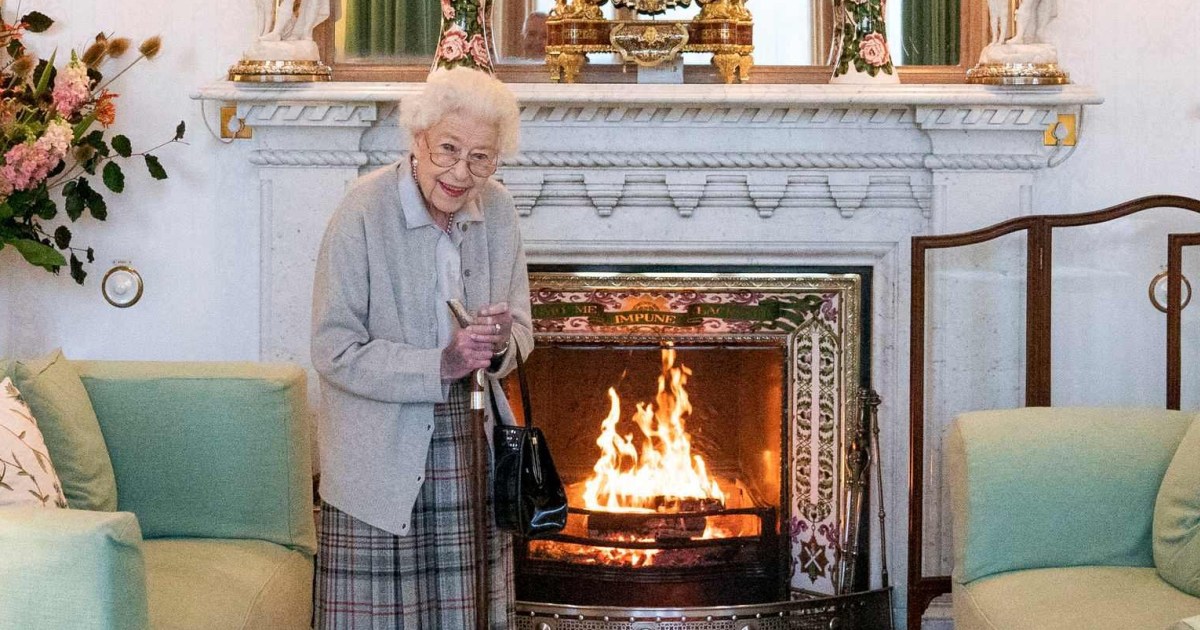 The certificate says that Elizabeth Alexandra Mary Windsor died at 3.10 p.m. (10.10 a.m. ET) on Sept. 8 at Balmoral Castle in eastern Scotland. The cause of the 96-year-old monarch’s death was listed as “old age.”

Her occupation was listed as “Her Majesty The Queen.”

Britain’s longest reigning monarch died hours after the palace revealed she was being placed under “medical supervision” while staying at Balmoral, where the royal family rushed to be by her side.

A grand procession of events to mark her death were followed around the world, culminating in the solemn pageantry of her state funeral in London and subsequent private burial at Windsor.

The certificate was released on Thursday by the National Records of Scotland, which confirmed that her death was registered by the registrar general for Scotland, Paul Lowe, in Aberdeenshire on Sept. 16.

The certificate was signed by Princess Anne, the queen’s only daughter, who accompanied the monarch’s body as it made its way from Scotland to London for its five days of lying in state.

Thousands of mourners from across the world joined a line stretching more than 5 miles along London’s River Thames to pay their respects and see the queen’s coffin in Westminster Hall.

Queen Elizabeth was succeeded upon her death by her eldest son Charles, 73, the former Prince of Wales who now reigns as King Charles III.

Charles will be succeeded by his eldest son, Prince William.

Just two days prior to her death, the queen met with new Conservative Party leader Liz Truss at Balmoral, where she formally appointed Truss the 15th prime minister of her reign.

She had canceled several events this year, including the ceremonial State Opening of Parliament, because of what Buckingham Palace called “episodic mobility issues.”

She also broke with decades of tradition at the opening of her Platinum Jubilee celebrations this summer, when she did not take the salute from parading military members at the Horse Guards Parade but from the balcony of the palace instead.

She did not attend the Braemar Highland Gathering earlier this month, a traditional sporting event in Scotland that she had attended every year since she ascended to the throne in 1952.

Last October, the queen spent a night in King Edward VII’s Hospital in London and was later advised by doctors to rest.

Patrick Smith is a London-based editor and reporter for NBC News Digital.