Home » Back from injuries, Storey builds towards World Championships and Olympics

Back from injuries, Storey builds towards World Championships and Olympics 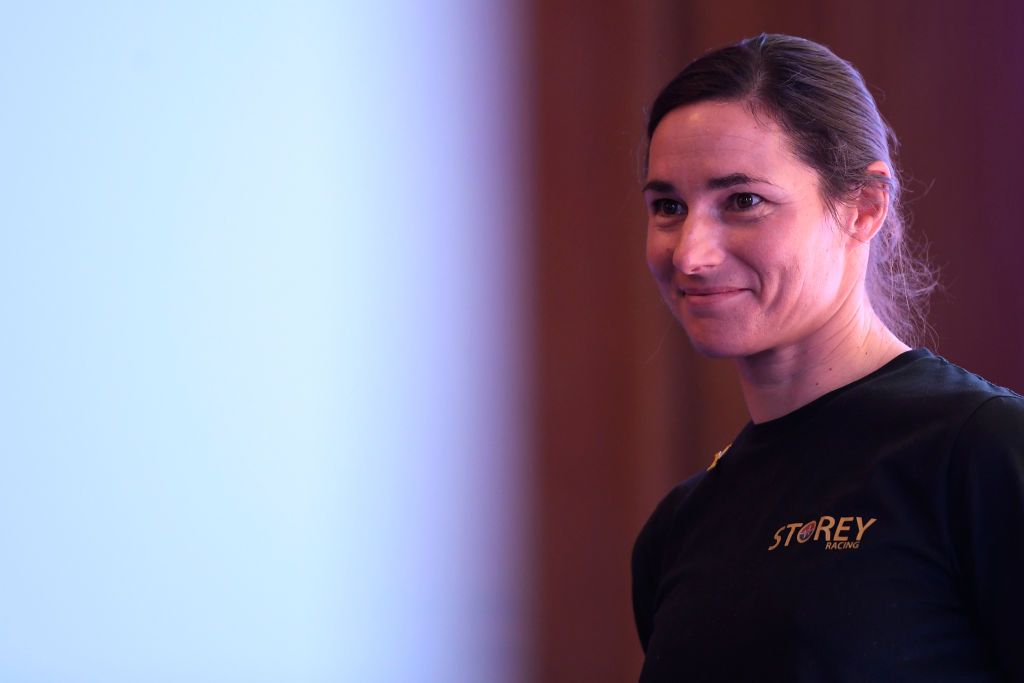 The 2023 UCI World Championships in Glasgow will, for the first time, feature all cycling disciplines and include paracycling events. Taking advantage of this integration, Dame Sarah Storey is hoping to challenge for selection for the women’s time trial as well as the events she usually aims for in paracycling, as she sets her goals recovering from serious injury.

“I crashed during the Road World Cup road race when another rider deviated from their line and directly across my front wheel,” she said, talking about her long-term goals.

“This left me with concussion symptoms, broken ribs and a partially collapsed lung.”

“I’ve just got back from a training camp where I built back up to normal levels of training and intensity. I have been progressing ahead of schedule and there should not be any long-term damage.”

Storey will make her return to racing at the Curlew Cup in Northumberland on 9th October, in a race rescheduled from September following the death of Queen Elizabeth II. This will form the first part of a long-term plan that will culminate in the 2023 World Championships and the 2024 Olympic Games.

Another stepping stone along the way to these goals will be the ParaCycling Track World Championships in Paris in October, with selection confirmed in the next month.

“After that there will be a brief off-season break before starting the buildup to Glasgow 2023,” Storey said, confirming her hopes of targeting selection in both teams.

In her long, glittering career, Storey has so far accumulated 29 world titles and 17 Paralympic gold medals, including three in Tokyo in the individual pursuit, road time trial and road race.

“Selection for my ninth Paralympic Games in Paris is the current big aim of this Paralympic cycle, it’s a very different process compared to previous Games because it is only three years in length,” she pointed out.

“It would be amazing to be able to get to Paris and see whether I am able to defend the titles won in the previous Games.”

Alongside racing, Storey has established the team Storey Racing, and the Skoda DSI Academy which offers a year-long programme for female cyclists, aged between 18-24, providing a clear direction within the sport so that they can maximise their potential.

Now in its fourth year, the Academy’s graduates are beginning to build their own cycling careers.

“Morgan Newberry, another ŠKODA DSI Cycling Academy graduate, gained selection for the ParaCycling Road World Championships. She finished top 10 in both races, and this was a brilliant result for her. She’s since gone on to win the National Time Trial Champs for the C5 category and is going from strength to strength.”

In the Academy, riders receive bespoke advice on racing, training and careers to complement their pre-existing club or team activity, as well as social media training and a sports psychology programme.

Ride experiences form the heart of the programme, and this year have included the men’s Tour of Britain, The Women’s Tour and the inaugural Tour de France Femmes.

“The Academy have had a different mix of experiences this year with the first full year post- Covid restrictions. It’s been an exciting mix of visiting the Tour de France and seeing the first women’s race start in 33 years, to spending time with me to work on the specifics of their individual riding and they’ve also been working with a sports psychologist,” Storey said.

“The visits to the Men’s and Women’s Tour of Britain races have also provided a different view of racing for the riders and during our time at the men’s race we’ve been looking at how race tactics vary with different stage types and course profiles.”

Read More: Back from injuries, Storey builds towards World Championships and Olympics