‘OG App’ Says It Can Transport You to the Old Instagram 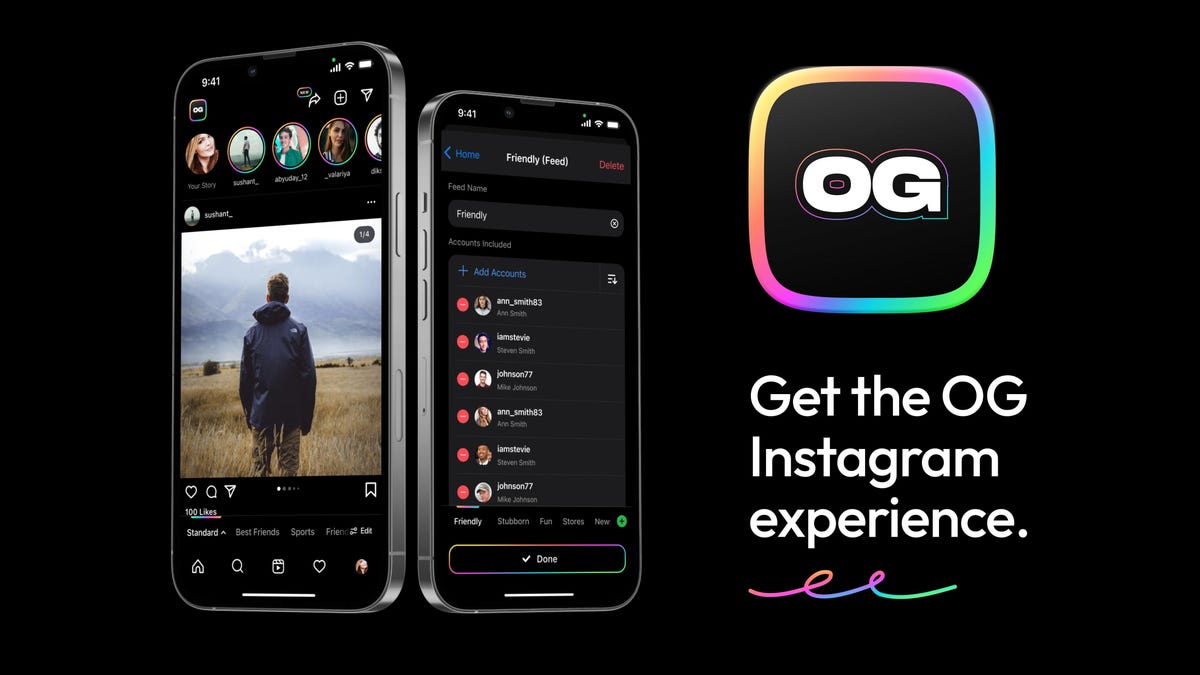 Instagram seems to be caught up in an ever-accelerating vortex of app updates, tweaks, new features, and changes. The feed is different now from what it was before—and if you find yourself wistful for an Insta without Reels, incessant sponsored content, and suggested posts, know that you’re not alone.

Two app developers, Ansh Nanda and Hardik Patil also felt that way (and, obviously, so did Kylie Jenner.) So, Nanda and Patil created the OG App, which can be found in the iOS and Android app stores. OG doesn’t offer a new platform entirely, but rather a way for users to customize the Instagram they see, according to a report from Tech Crunch.

The app automatically gets rid of ads and suggested posts on its filtered version of the Instagram feed. Additional OG features let users toggle Reels and the “Explore” page on or off. Users can also create different feeds for different needs, similar to Twitter’s list concepts, wrote Tech Crunch. Finally, OG aims to give users more control over their own social media usage. There’s an option to turn off feed updates for 24 hours at a time, which could make it easier for people to step away from their phones.

“We saw our friends and family getting affected by social media, and even deleting apps because they didn’t have enough options to modify what they see. We wanted to put users, and not the advertisers, first with this app. We started with Instagram because we thought the app has the most toxic relationship with its users,” Nanda and Patil reportedly told Tech Crunch.

But, though noble in concept, the app has some…quirks in its current form. My colleague on the consumer tech desk, Florence Ion, noted that the onboarding process takes awhile—there’s a lot to click through. The app also cuts off a sliver of the top of the Insta interface on a OnePlus 9 running Android 12, she said. And finally, in Android, it takes a while to build the “custom feed.”

In iOS, Ion also faced issues. The “iOS version took a while to “build the feed” within minutes of setting it up,” she said. And then added, “I’ve been unable to get my actual feed to populate. It is worth noting that I’m on iOS 16.1 Beta 3 right now, so that may be an issue with my software.”

In summary of her usage, Ion told me “it is not very fluid,” comparing her experience to tapping through the web interface, not the standard phone app.

Downloading into an external app to access Instagram may feel like a bad idea, but at least in terms of privacy, OG seems to have users covered. The app’s policy is refreshingly simple and straightforward. “We collect limited personal information from you. This information may include your name (or username), phone numbers, and email addresses. We only use this information to let you log into The OG App,” the company says on their website.

Unfortunately, Meta-owned Instagram still collects all of your data, as it sees fit, according to a report from 9To5Mac, on the OG App. And, Giz’s consumer tech expert wasn’t too happy about having to login with her Google account before signing into Instagram on Android. “I’m guessing this is to save my user preferences when I make a custom feed,” Ion told me. Though still she said she was “a little wary,” of the step.

Instagram has come under fire in recent months for some of the changes to its platform—including a set of algorithm shifts that reportedly left users’ feeds clogged with unwanted content. Things got so bad, the social media giant had to issue another round of updates. So, it makes sense that OG’s founders went where the widely publicized dissatisfaction has been.

But the company that owns OG App, Un1feed, isn’t done. Nanda, Patil, and their startup team plan to add more features to OG, like shareable custom feeds and more feed filters. Then, they could expand to more apps. Perhaps we’ll end up with an “OG” Twitter, a retro Snapchat, or a Ye Olde Facebook. And maybe some of the original kinks in OG will also be ironed out.

Read More: ‘OG App’ Says It Can Transport You to the Old Instagram