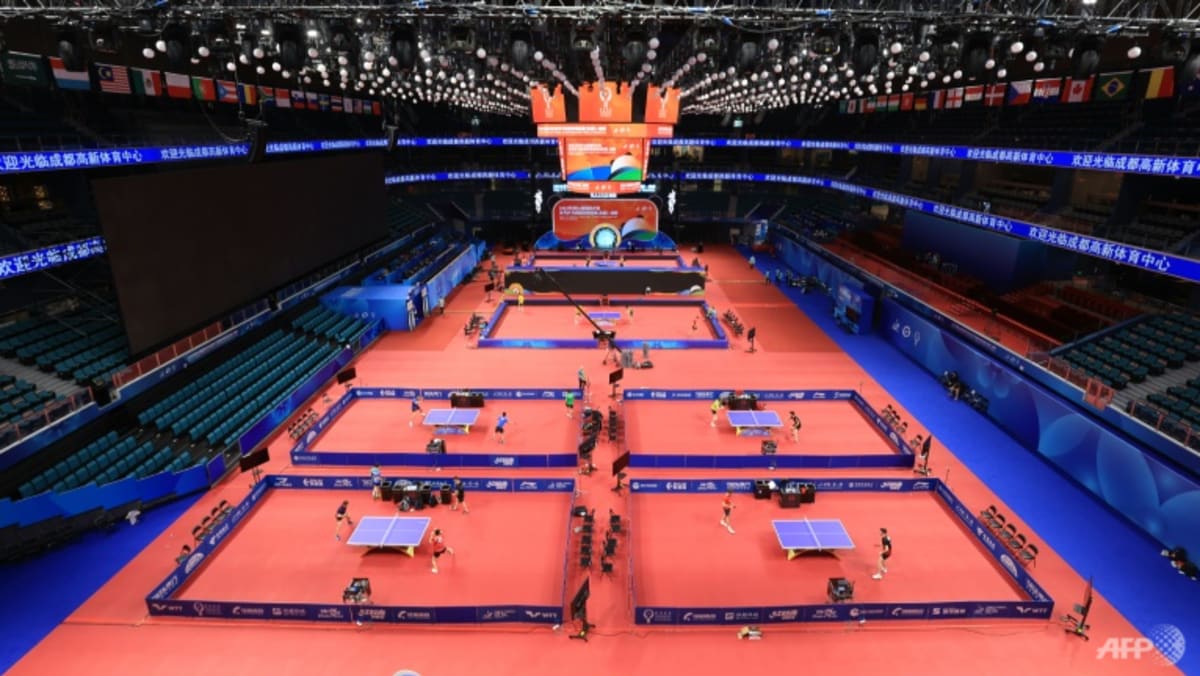 “The road to Chengdu was indeed bumpy or a roller-coaster ride,” Steve Dainton said.

The competition was pushed back once because of an upsurge in coronavirus cases driven by the Omicron variant at the beginning of the year.

Then, with under a month to go, the southwestern city of Chengdu found itself under a tight lockdown that closed schools, disrupted businesses and forced residents to stay home for over two weeks.

“Obviously we were also looking for contingencies if finally we could not make it, but … the popularity and history that our sport has in China gave us always a strong sense of hope,” said Dainton.

More than 250 table tennis players from across the globe, including the United States, arrived on specially chartered flights.

They, along with coaches, officials and other staff, will be in the closed loop for the duration of the championships.

They will stay in specific hotels, be shuttled to and from event venues, and must take a polymerase chain reaction test every day.

So far, the ITTF said all participants had tested negative since their arrival.

“It’s great that we will be able to play this championships even if the restrictions are hard,” Sweden’s Kristian Karlsson was quoted as saying by the ITTF website.

As with the Beijing Winter Games, tickets have not been released for general sale to the public and spectators will instead be hand-picked by organisers.

Hosts China are the defending champions in the men’s and women’s events and historically the dominant force in both.

Reigning Olympic singles champions Ma Long and Chen Meng, and current world number ones Fan Zhendong and Sun Yingsha, are all included in the home squad.

China was supposed to host the 2022 Asian Games in Hangzhou, but they were pushed back to next year because of COVID-19.

Asian Cup football was scheduled for next year, but China has already pulled out of hosting it.