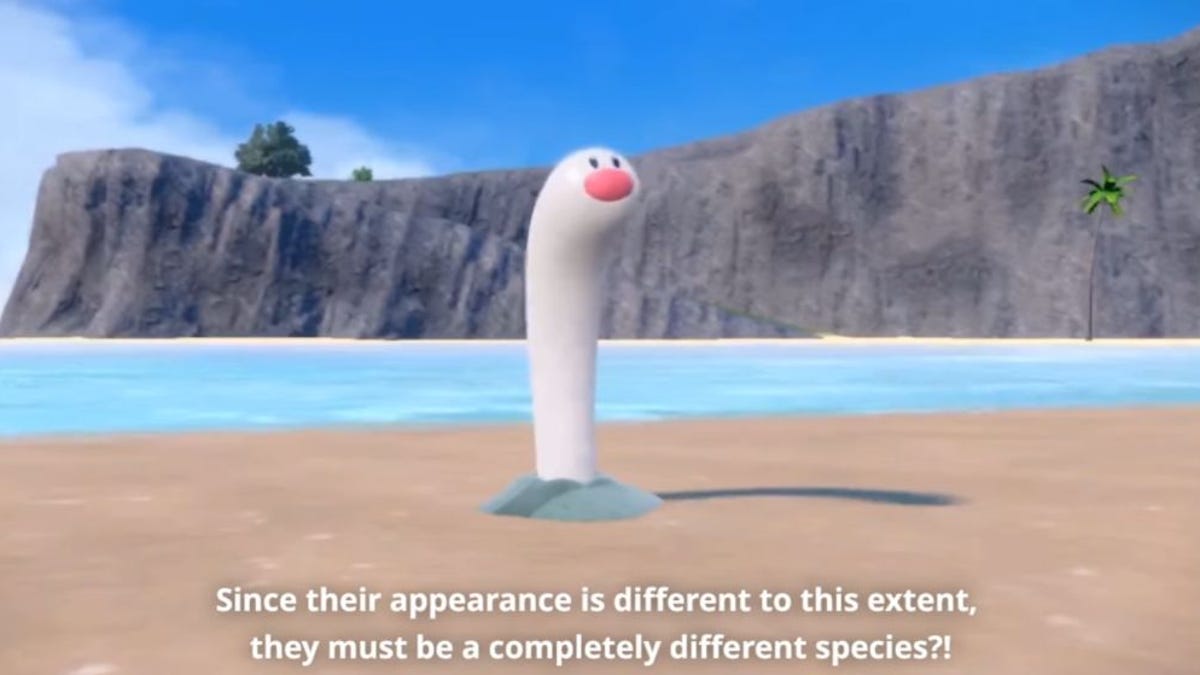 Honestly, you need to grow up. It’s a worm! The latest Pokémon to be revealed for Pokémon Scarlet and Violet is a wiggly worm called Wiglett, and clearly related to that base set favorite, Diglett.

Wiglett, it seems, is a result of divergent evolution, an aquatic cousin of the Ground-type Gen 1 Diglett. It looks maybe somewhat eel-adjacent, but then also looks like a more alert lugworm, perhaps even with a flash of geoduck. And that’s all it reminds anyone of.

OK, yes, you’re right. They look like a bit like winkies. There’s no getting around it. Horrendously pale, and with a face, but it appears human beings are conditioned to see anything long and floppy as a penis. That’s enough now.

The news of this new—no, this is not an appropriate time to use the abbreviation “mon”—pocket monster comes, as you might have come to expect, from the all-seeing eye of Serebii.net. Apparently The Pokémon Company is showing bits of Scarlet and Violet to the Pokémon World Ecological Society, which I’m delighted to learn is a thing. During this, while showing off a few previously-known Pokémon, there was the reveal of a brand new Gen IX monster, the Wiglett.

The sadly low-res video shows the little beasties popping their heads out of the sand on the beach, implying we’ve got at least a Water-type here. Multi-lingual discussion during the video has Pokécologists (everyone start using this term) question whether it’s related to Diglett, but then conclude that no, it’s a whole new species of Pokémon.

G/O Media may get a commission

So wide
Has a display resolution of 2560 x 1080, has multiple interfaces, has HDR 10 with Adaptive FreeSync for better images, and puts a big focus on colors, so you’ll be able to enjoy a more vibrant experience from games and movies you can watch on it.

Goodness knows what is going on in that video, with the Wingulls seemingly stuck in the air, and the background looking like it’s running on GBA.

This makes it the 16th new Pokémon unique to the Paldean region to be revealed, ahead of November’s release of Pokémon Scarlet and Violet. Most of which have been utterly bonkers.

Generally when The Pokémon Company reveals a new creature, we get a hint dropped like this, and then a nice press release packed with information. So be sure to check back later for an update on this post with all that extra news.