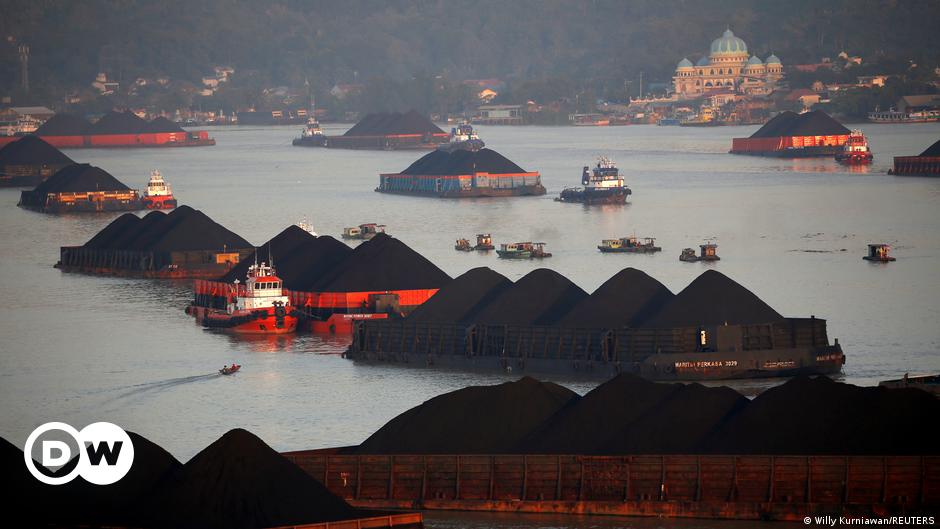 The EU’s prohibition on coal from Russia, which took effect in August, as well as Moscow’s decision to turn off gas supplies to certain European countries this month, have seen European buyers scrambling for coal from Indonesia, the world’s largest exporter of thermal coal.

As early as April, two months after the Russian invasion of Ukraine, the coal mining giant PT Adaro Energy Indonesia said it had sold 300,000 tons of coal to the Netherlands and Spain. Poland reportedly ordered 53,230 tons of coal from Indonesia in the same month.

But industry experts expect a surge in European imports by the end of the year and into 2023, when energy prices are expected to soar even higher across Europe.

“Germany is a good example. They’re asking a lot from Indonesia. Essentially, by next year Germany will potentially be the second- or third-largest importer of Indonesian coal, after China and India,” he added.

A statement released this month by Indonesia’s state-owned coal miner PT Bukit Asam noted that it has exported 147,000 tons of coal to Italy so far this year. It is reportedly also in discussions with Germany and Poland.

Bumi Resources, Indonesia’s largest coal producer by volume, recently told local media it has made some small shipments to Europe this year but reckons output will increase by the end of 2022.

Kadri Simson, the EU’s commissioner for energy, visited Indonesia earlier this month for a G20 meeting, but also took in a tour of a local coal mine, according to Commission records.

Malaysia, the world’s fifth largest LNG exporter, has also reportedly seen an increase in exports to European states as Russia indefinitely halted gas flows to Europe through the Nord Stream 1 pipeline this month.

“Long-term buyers are suffering, as sellers partially deliver cargoes. Then the majors can scrape together several partial cargoes from across their portfolio and deploy their fleet of ships,” he told DW, noting that assembled cargoes of LNG are sold at the much higher spot price in Europe or Asia.

Earlier this month, Ursula von der Leyen, the president of the European Commission, unveiled a series of long-awaited proposals to tackle the EU’s worsening energy crisis. These include price caps on Russian gas and a windfall tax on the profits of fossil fuel companies.

“The manipulation of the gas markets has a spillover effect on the electricity market,” von der Leyen said. “We are confronted with astronomic electricity prices for households and companies and with enormous market volatility.”

However, she stressed that this wouldn’t impact the EU’s long-term green energy plans, nor its support for other regions in the world in their transition to cleaner energy.

What’s the effect on the Green Deal?

According to Sameer Kumar, an associate professor at the University of Malaya’s Asia-Europe Institute, Europe’s increased interest in Southeast Asia’s non-renewables exports won’t “undermine the EU’s environmental commitments as long as the use of coal is temporary.”

“Despite the fact that use of coal will likely increase in order to fulfill current energy gaps, I believe the European Union will expedite its pledge to reduce its dependence on fossil fuels by accelerating its investment in clean technologies,” he added.

“EU leaders like to say that their search to wean off dependence on Russian oil and gas is turbocharging the Green Deal. The reality is sadly different — at least in the short term,” said Shada Islam, an independent analyst on Europe and Asia relations.

While EU countries are reducing their imports of Russian fossil fuels, their increasing consumption of coal and LNG is “a step back for the credibility of the Green Deal and a blow to the EU’s self-identification as global climate champion,” she told DW.

“EU countries scramble to replace Russian energy with ramped up imports from Asia and Africa while demanding that financial institutions, like the European Investment Bank, stop funding gas development projects abroad have quite correctly led to allegations of double standards,” Islam said. 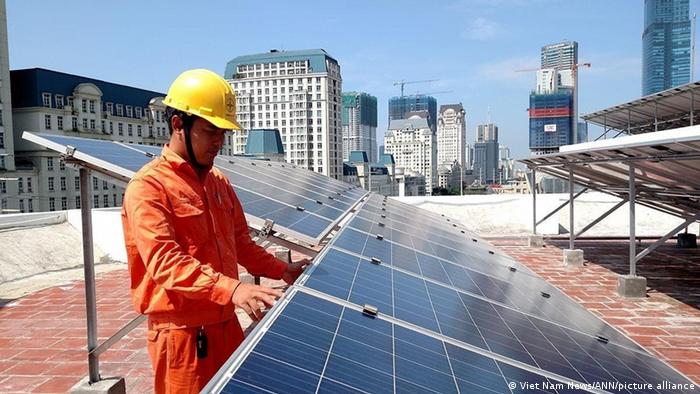 A consequence of the European scramble for energy has been to incentivize Southeast Asian countries to ratchet up their green transition, says Carbon Tracker, a think tank

EIB Global, part of the European Investment Bank, opened their new regional representation office for Southeast Asia and the Pacific in Jakarta on September 9, signaling a fresh wave of investments in the region.

“The EIB office will contribute to fostering new, multi-million investment opportunities in projects which help the region tackle its most urgent investment needs, all in a green, sustainable way,” Kris Peeters, the EIB’s vice-president and head of its Southeast Asia operations, said in a statement.

“We want to establish ourselves as a reliable partner of Indonesia and Southeast Asia and help…the region to grow and develop in a way that is green, sustainable and empowering, limiting the effects of climate change, and strengthening the national independence of EU partner countries,” he added.

EIB Global’s team visited Cambodia afterwards where it committed to increasing its loans and financing for renewable energy.

As European countries turn to alternative energy suppliers in Southeast Asia, there are concerns that other Asian and African countries are being outpriced and forced to rapidly expand state spending to afford the higher costs of LNG or coal.

“European countries are outbidding others to gain access to LNG, thereby elbowing out buyers from Asian countries such as India, Pakistan and Bangladesh,” said Islam.

However, one unintended consequence of this has been to incentivize developing Southeast Asian countries to ratchet up their green transition, according to a recent report by Carbon Tracker, an independent financial think tank.

In Vietnam, for instance, “the case against starting up long-term dependence on LNG has never been clearer,” it stated.

According to a cost analysis of the new gas-fired power stations Vietnam plans to bring online over the coming years, “each one is now already projected to be more costly to run over the course of their lifetimes than even renewables with storage, and offshore wind,” the report added.