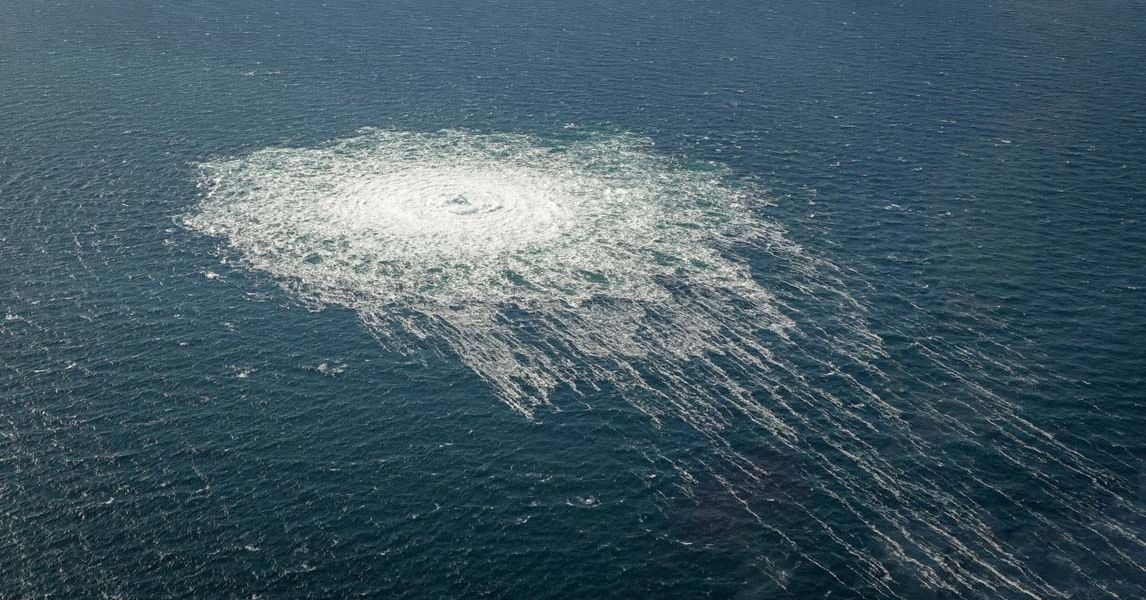 STOCKHOLM/COPENHAGEN, Sept 27 (Reuters) – Europe was racing on Tuesday to investigate possible sabotage behind sudden and unexplained leaks in two Russian gas pipelines under the Baltic Sea, infrastructure at the heart of an energy crisis since Russia invaded Ukraine.

Poland’s Prime Minister Mateusz Morawiecki said the leaks were caused by sabotage, while Denmark’s prime minister and Russia, which slashed its gas deliveries to Europe after Western sanctions, said it could not be ruled out. But who might be behind any foul play, if proven, and a motive were far from clear.

Sweden’s Maritime Authority issued a warning about two leaks in the Nord Stream 1 pipeline, the day after a leak on the nearby Nord Stream 2 pipeline was discovered that prompted Denmark to restrict shipping and impose a small no fly zone.

Both pipelines have been flashpoints in an escalating energy war between European capitals and Moscow that has pummelled major Western economies, sent gas prices soaring and sparked a hunt for alternative energy supplies. read more

“Today we faced an act of sabotage, we don’t know all the details of what happened, but we see clearly that it’s an act of sabotage, related to the next step of escalation of the situation in Ukraine,” Mateusz Morawiecki said during the opening of a new pipeline between Norway and Poland.

Denmark’s Prime Minister Mette Frederiksen said sabotage could not be ruled out. “We are talking about three leaks with some distance between them, and that’s why it is hard to imagine that it is a coincidence,” she said.

Neither pipeline was pumping gas to Europe at the time the leaks were found amid the dispute over the war in Ukraine, but the incidents will scupper any remaining expectations that Europe could receive gas via Nord Stream 1 before winter.

“The destruction that occurred on the same day simultaneously on three strings of the offshore gas pipelines of the Nord Stream system is unprecedented,” said network operator Nord Stream AG.

Although neither was in operation, both pipelines still contained gas under pressure.

Gazprom (GAZP.MM), the Kremlin-controlled company with a monopoly on Russian gas exports by pipeline, declined to comment.

“There are some indications that it is deliberate damage,” said a European security source, while adding it was still too early to draw conclusions. “You have to ask: Who would profit?”

A second European source, when asked if there was specific intelligence indicating sabotage, said: “Not specific yet, but it seems this pressure failure can only happen when a pipe is completely cut. Which pretty much says it all.”

Gas bubbles from the Nord Stream 2 leak reaching surface of the Baltic Sea in the area shows disturbance of well over one kilometre diameter near Bornholm, Denmark, September 27, 2022. Danish Defence Command/Handout via REUTERS

The new Nord Stream 2 pipeline had yet to enter commercial operations. The plan to use it to supply gas was scrapped by Germany days before Russia sent troops into Ukraine in February.

A note by the Eurasia Group said unplanned leaks to undersea pipelines were rare.

“The multiple undersea leaks mean neither pipeline will likely deliver any gas to the EU over the coming winter, irrespective of political developments in the Ukraine war,” it said. “Depending on the scale of the damage, the leaks could even mean a permanent closure of both lines.”

European gas prices rose on the news of the leaks, with the benchmark October Dutch price up almost 10% on Tuesday. Prices are still below this year’s stratospheric peaks, but remain more than 200% higher than in early September 2021.

“(Of) concern is the security aspect of pipelines across the EU, as this appears to be sabotage…. and will only exacerbate supply concerns for the coming winter,” said Refinitiv analyst Timothy Crump.

The leaks happened just before the ceremonial launch on Tuesday of the Baltic Pipe carrying gas from Norway to Poland, a centrepiece of Warsaw’s efforts to diversify from Russian supplies.

A spokesperson for the Swedish Maritime Administration (SMA) said there were two leaks on Nord Stream 1, one in the Swedish economic zone and another in the Danish zone, adding that both were in an area northeast of the Danish island Bornholm.

“We are keeping extra watch to make sure no ship comes too close to the site,” a second SMA spokesperson said.

Vessels could lose buoyancy if they enter the area, and there might be a risk of leaked gas igniting over the water and in the air, the Danish energy agency said, adding there were no risks associated with the leak outside the exclusion zone.

The leak would only affect the environment in the area in which the gas plume in the water column is located, it said, adding that escaping greenhouse gas methane would have a damaging impact on the climate.

The Danish authorities asked that the level of preparedness in Denmark’s power and gas sector be raised after the leaks, a step that would require heightened safety procedures for power installations and facilities.

Reporting by Reuters bureaus; Writing by by Matthias Williams; Editing by Edmund Blair and Jan Harvey