Home » Brett Favre is the face of a scandal, but Mississippi’s issues go deeper

Brett Favre is the face of a scandal, but Mississippi’s issues go deeper 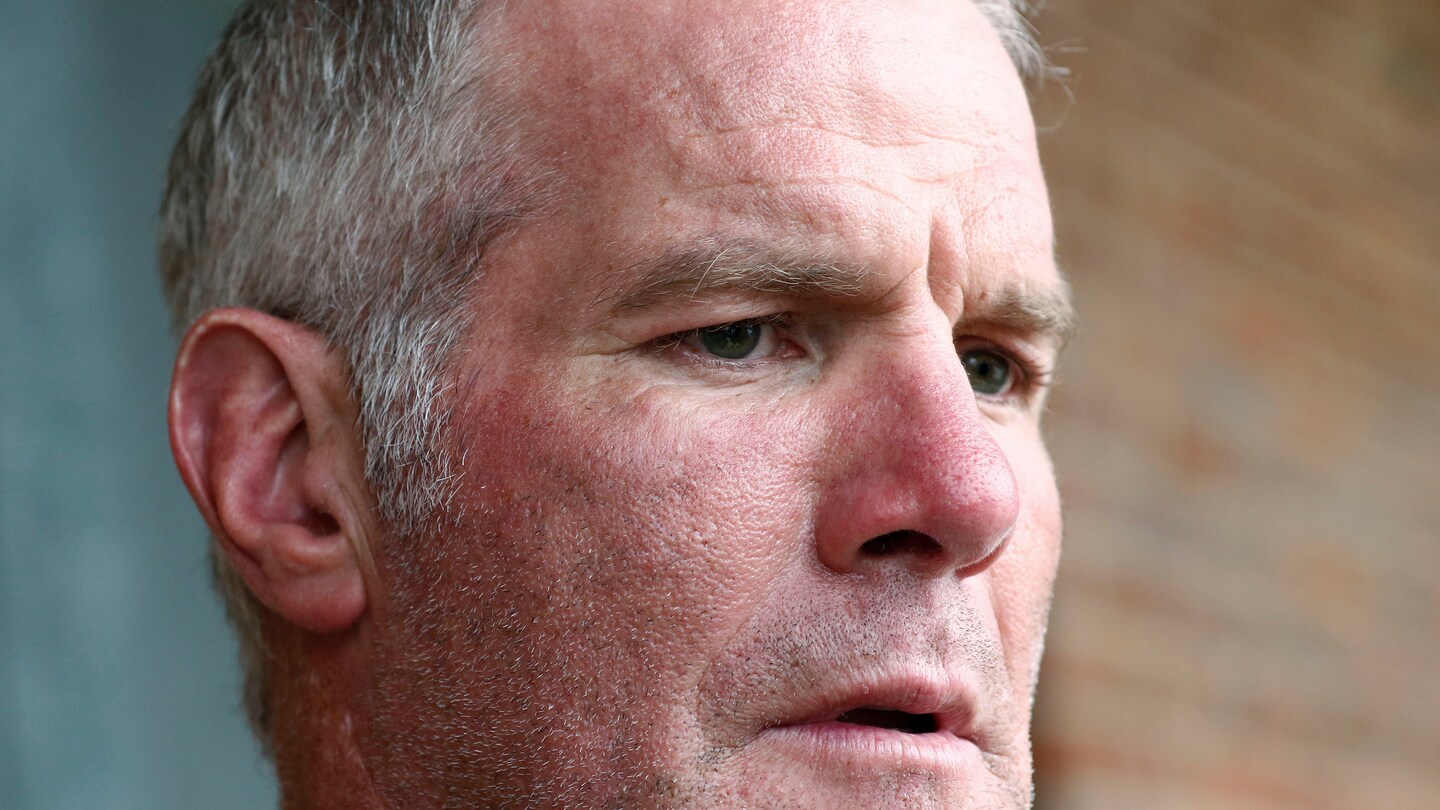 In 2017, a Mississippi nonprofit called Operation Shoestring received a federal grant worth more than $200,000. But when the organization sought to renew the funding a year later, the money was no longer available.

“It had been reallocated in ways we’re reading about now,” Robert Langford, executive director of Operation Shoestring, which has been providing aid to families in need for more than a half-century, said in an interview.

Mississippi’s widening welfare scandal involves tens of millions of dollars and has embroiled the state’s former governor, Hall of Fame quarterback Brett Favre and professional wrestlers, among others. Organizations such as Operation Shoestring, and the at-risk populations that rely on those funds, continue to feel the sting.

As Langford tried to renew the funding in 2018, the state officials tasked with distributing the money were found to be funneling millions away from those it was intended for. The scandal’s impact will be felt for years, advocates say.

“It makes my blood boil,” Langford said. “We’re talking about funds that were supposed to be used to help move people out of poverty in the poorest state instead becoming literal currency for favors, both political and financial for people. It’s amazing.”

The details of the scandal continue to emerge in court filings and reporting by nonprofit news organization Mississippi Today. Last week, John Davis, the former executive director of the Mississippi Department of Human Services, pleaded guilty to two federal charges and 18 state counts of embezzling federal welfare funds. The U.S. Justice Department said Davis misused the money and helped create “sham contracts … knowing that no significant services would be provided.”

Brett Favre sued by state of Mississippi over welfare misspending

His plea has spurred speculation that Favre and others could be further implicated. Favre received $1.1 million intended for welfare recipients in exchange for speeches and appearances the state auditor says he never made. And text messages included in court filings show Favre was heavily involved in discussions that resulted in $5 million in welfare money going toward the construction of a volleyball facility at his alma mater, the University of Southern Mississippi, where his daughter played volleyball.

Favre is among the subjects of a civil suit filed by the state of Mississippi but hasn’t been charged criminally. He has denied any wrongdoing and returned $1.1 million to the state. His attorney, Bud Holmes, declined to comment on whether Davis’s plea deal might impact the former quarterback. “There’s no point in speculating,” Holmes said.

While Favre, 52, has been linked to just a small fraction of the government money alleged to have been misused by state officials, he has emerged as a public face of the scandal. He earned some $140 million during his 20-year NFL career and millions more in endorsement deals.

But many in Mississippi stress that attention shouldn’t be focused solely on the former quarterback. According to the U.S. Census, one in five people in Mississippi lives in poverty — the worst rate in the nation — including 28 percent of children. The federal government gives money to states to distribute to needy populations through its Temporary Assistance for Needy Families program, but even before the scandal came to light, Mississippians have struggled to access money.

“Less than 1 percent of families in Mississippi receive TANF that are eligible, and that is because for years families have found it to be an inhumane process that is just not worth it,” said Aisha Nyandoro, the chief executive of Springboard To Opportunities, a nonprofit that works with Mississippi families in need. “They make it so incredibly difficult for families that need these resources to get it. But then others who don’t need it can just send a text message and money magically appears in their bank account.”

A Mississippi state audit in 2020 found more than $94 million in federal welfare funds that had been subject to suspect spending. An independent audit a year later confirmed most of the findings and, hampered by a lack of cooperation, said it was unable to discern whether nearly $77 million in spending was permissible.

“To change the narrative, we have to change the narrator. It is less about Brett Favre and this volleyball stadium. That becomes sensationalism,” Nyandoro said. “You can hide behind something like that and not recognize there are real victims, there are people that didn’t receive the money they needed to get their car fixed, to get a job; moms who couldn’t get diapers. What good could have been done in Mississippi with this $94 million? How many families could’ve been impacted?”

Despite widespread poverty across the state, court filings describe a corrupt system in which state officials directed welfare money to programs, people and projects that had little interest in helping the state’s most vulnerable.

Recent court filings have suggested Favre continually pressed state officials for money to pay for the volleyball facility. “We obviously need your help big time and time is working against us,” Favre texted Gov. Phil Bryant (R) on Sept. 4, 2019. “And we feel that your name is the perfect choice for this facility and we are not taking No for an answer!”

“We are going to get there,” the then-governor responded. “This was a great meeting. But we have to follow the law. I am [too] old for Federal Prison.”

Favre previously told Mississippi Today that he had not discussed the volleyball facility project with Bryant.

The latest texts were included in a filing made Friday by Bryant, who revealed some communications as he argued against a subpoena seeking access to more of his records. The former governor also shared texts he had exchanged with Rodney Bennett, former president of University of Southern Mississippi. In January 2020, shortly after Bryant had left office, Bennett texted him that he had “asked Brett not to do the things he’s doing to seek funding from state agencies and the legislature for the volleyball facility.”

“As you know, [Mississippi Institutions of Higher Learning] has a process of how we request and get approval for projects and what he’s doing is outside those guidelines. I will see, for the ‘umpteenth time’ if we can get him to stand down,” Bennett wrote. “The bottom line is he personally guaranteed the project, and on his word and handshake we proceeded. It’s time for him to pay up — it really is just that simple.”

“Maybe he wants the State to pay off his promises,” Bryant responded. “Like all of us I like Brett. He is a legend but he has to understand what a pledge means. I have tried many time[s] to explain that to him.”

According to the latest court filing, Favre had previously texted Bryant in July 2019: “I have to come up with a lot of money if this doesn’t get clearance.”

The money for the volleyball facility was channeled through a nonprofit called Mississippi Community Education Center. Nancy New and her son, Zach, ran the organization, have pleaded guilty and are cooperating with investigators.

Favre tweeted in May 2020 that he had “never received monies for obligations I didn’t meet” and “was unaware that the money being dispersed was paid for out of funds not intended for that purpose.” But court filings suggest he had at least some awareness of where the money was coming from. Favre texted Bryant in July 2019, court records show, expressing hope that Nancy New also could help fund an indoor football facility, giving the school’s program “instant credibility.”

Bryant responded via text message, according to the filing, telling Favre that “Nancy has some limited control over Federal Funds in the form of Grants for Children and adults in the Low Income Community” and “any improper use could result in violation of Federal Law.”

As the scandal continues to unspool, the people at the heart of it hope for more accountability and corrective measures, even if it requires federal intervention to fix a system that failed Mississippi’s poor long before Favre started pushing the volleyball facility.

“There’s a sense that this is not a surprise,” Operation Shoestring’s Langford said. “It’s terrible, but it’s not a surprise. The deck has been stacked against low-income folks in Mississippi for generations. The scale of this is really extraordinary. Fundamentally, this is part of a long tradition of in some sense continuing to victimize people who have not been dealt a fair hand in generations.”


Read More: Brett Favre is the face of a scandal, but Mississippi’s issues go deeper