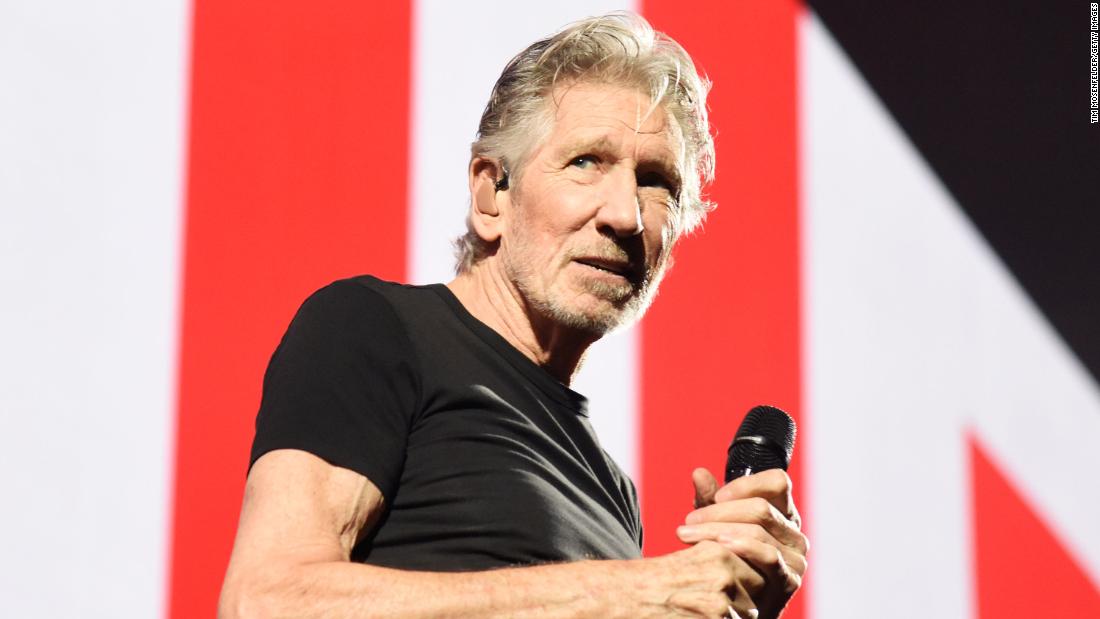 Live Nation Poland, the concert’s promoter, confirmed the cancellation Saturday but did not specify a reason.

Waters also accused Ukrainian President Volodymyr Zelensky of doubling back on his 2019 election campaign promises and said, without offering proof, that “the forces of extreme nationalism that had lurked, malevolent, in the shadows, have, since then, ruled the Ukraine.”

Waters went on to accuse these “extreme nationalists” of setting Ukraine on a path to war with Russia by crossing a “number of red lines” set out by the Kremlin.

On Sunday, Waters denied he had canceled the shows himself. The shows were planned to take place in Krakow as part of the his international tour.

In a Facebook statement addressed to the UK’s The Guardian and Poland’s Gazeta Krakowska newspapers, Waters denied he or his management had canceled the Poland shows. He pointed the blame instead to Lukasz Wantuch, a Krakow city councilor who wrote his own Facebook post on September 10 opposing Waters’ shows.

“It is true that a town councilor in Krakow, a Mr Łukasz Wantuch has threatened to hold a meeting asking the council to declare me ‘Persona non grata’ because of my public efforts to encourage all involved in the disastrous war in Ukraine, especially the governments of the USA and Russia, to work towards a negotiated peace, rather than escalate matters towards a bitter end that could be nuclear war and the end of all life on this planet,” Waters wrote on Facebook.

“Not withstanding that this chap Łukasz Wantuch seems to know nothing of my history of working, all my life, at some personal cost, in the service of human rights, he, in an article in a local newspaper urged the good people of Krakow not to buy tickets to my show,” Waters added.

He went on to say that if Wantuch “achieves his aim… it will be a sad loss for me” as well as for Krakow residents.

“His draconian censoring of my work will deny them the opportunity to make up their own minds,” Waters concluded.

Wantuch’s post expressed his opposition to Waters’ show, calling the musician “an open supporter of Putin” and his planned performances in Krakow “a shame for our city.”

“Roger Waters, an open supporter of Putin, wants to play at Tauron Arena in Krakow,” Wantuch wrote. “On Wednesday we have a session of Cracow City Council and I will be speaking to the President and councilors to block this. Such an event would be a shame for our city. Let him sing in Moscow.”

Wantuch responded to Waters’ statement on Sunday by writing that he was still in Ukraine but would “have an offer” for Waters in the evening.

Earlier this year, Pink Floyd released their first new music in 28 years, a single called “Hey Hey Rise Up” to raise funds for humanitarian relief in Ukraine. Waters, who departed the band in 1984, did not contribute to song.
Close to 6,000 civilians have been confirmed killed in Ukraine since the invasion from Russia began, says the United Nations.

CNN’s Sarah Diab and Claudia Rebaza contributed to this report.