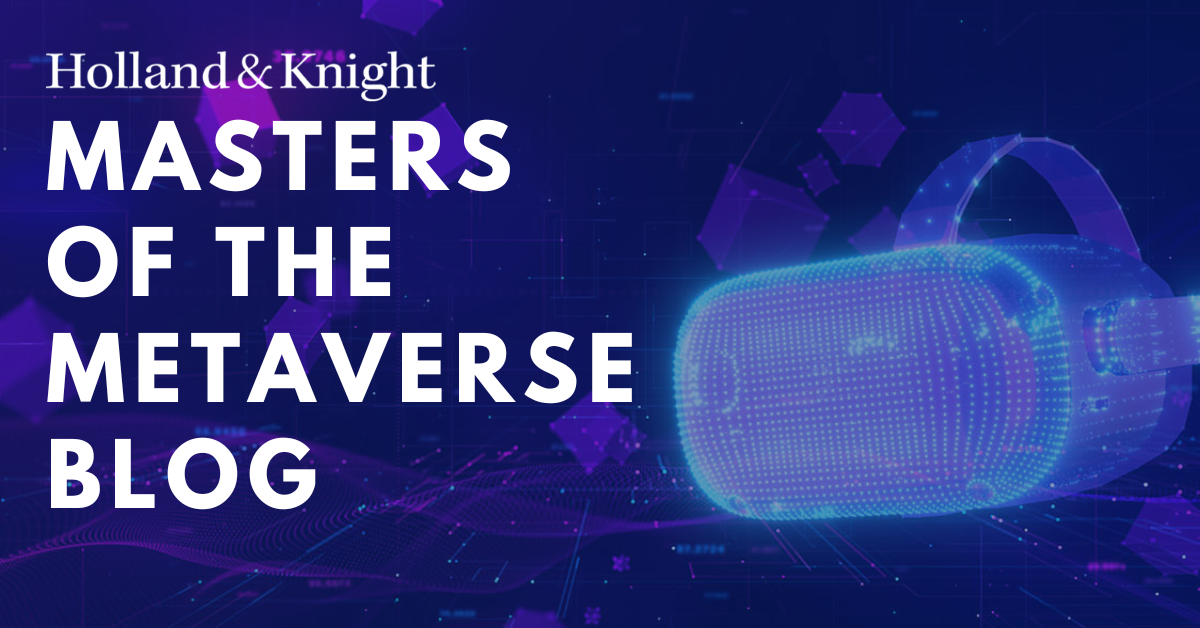 Every dramatically new technology, from cryptocurrency to drones to artificial intelligence, poses a regulatory challenge. Governments must decide how to characterize the technology within existing laws, how those existing laws apply and to what extent new tech requires new legal restrictions. Governments can take action in a variety of ways: through new legislation, by revising regulations and other policies under existing law, or through litigation. Many national governments and international bodies are having exactly this conversation as to the metaverse, with significant possible ramifications for metaverse companies, their business partners and end users.

EU: On Sept. 14, 2022, Thierry Breton, the European Union’s Commissioner for the Internal Market, published “People, technologies & infrastructure – Europe’s plan to thrive in the metaverse.” In part, Breton signaled confidence in existing law on metaverse issues, noting that “With the Digital Services Act (DSA) and Digital Markets Act (DMA), Europe has now strong and future-proof regulatory tools for the digital space.” But the commissioner also clearly indicated that the work of regulating the metaverse is just starting, announcing the launch of the Virtual and Augmented Reality Industrial Coalition, “bringing together stakeholders from key metaverse technologies” to develop a roadmap for further development. Breton stressed safety and competition concerns, promising that “we will not witness a new Wild West or new private monopolies.”

South Korea: South Korea’s National Data Policy Committee announced on Sept. 23, 2022, that it would develop regulatory amendments specific to the metaverse. The Committee is chaired by South Korean Prime Minister Han Duck-soo and co-administered by the Ministers of Science and ICT and the Minister of Interior and Safety.

The announcement focused on the metaverse as an issue that could “lead the success of national competitiveness.” The Committee found specifically that the South Korean framework that exists for videogaming was insufficient to deal with metaverse issues. Earlier in the week, Vice Chairman of the Korea Communications Commission, Ahn Hyoung-hwan, met with a metaverse platform provider to discuss growing concerns over South Korean minors being subjected to sexual harassment on metaverse platforms.

Japan: Earlier this year, Japan announced creation of a Web 3.0 Policy Office under the Ministry of Economy, Trade and Industry (METI) to formulate metaverse-related policies. The Ministry noted that “as metaverses become new personal interfaces especially among younger generations such as Generation Z, digital spaces and assets could become much more important” and that Web 3.0 entrepreneurs may be departing the country for less-regulated options.

USA: In the United States, the most direct regulatory statement on the metaverse has come in the context of the Federal Trade Commission’s lawsuit to block Meta’s acquisition of a popular metaverse application. Per the FTC, “The virtual reality industry offers a uniquely immersive digital experience and is characterized by a high degree of growth and innovation,” but that Meta’s drive to “conquer virtual reality” posed a threat to competition. “Meta, the global technology behemoth that owns Facebook, Instagram, Messenger, and WhatsApp, is the largest provider of virtual reality devices, and also a leading provider of apps in the U.S.” The FTC claims that by purchasing the fitness app, Meta discouraged anyone else from creating such an app, dampening future innovation and competitive rivalry.

Whether by enforcing and expanding existing laws or developing new regulations, or through the soft regulation of policies and guidelines, the developing metaverse will continue to occupy a central place in government discussions around the world.