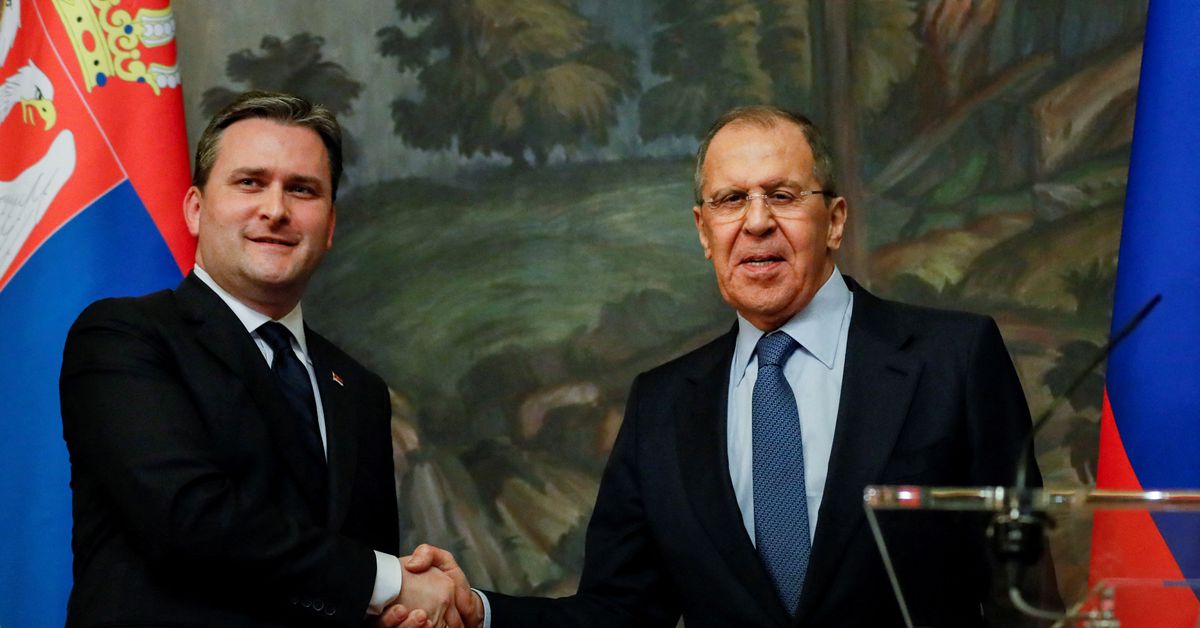 BRUSSELS, Sept 26 (Reuters) – The EU on Monday denounced a decision by Serbia to hold foreign policy consultations with Russia, saying it raised questions at a time when Brussels has told countries seeking to join the bloc not to carry on with business as usual with Moscow.

Selakovic said that the plan envisages consultations on bilateral and multilateral activities, though there was nothing on security policies in it. Serbian opposition parties criticised the document.

Serbia, which was bombed by NATO two decades ago but now seeks to join the European Union, has long struggled to balance historically close ties with Russia against aspirations for economic and political integration with the West.

Speaking to reporters in Brussels on Monday, Peter Stano, a spokesperson for the EU’s executive commission, noted that the new Russian-Serbian consultation document had been signed just days after Moscow announced a mobilisation for the Ukraine war and began to stage votes to annex territory it has captured.

The Serbia-Russia agreement was “a very clear sign about their intention to strengthen their ties”, Stano said. “And this is raising serious questions.”

The EU had been very clear with countries seeking to join that relations with Russia under current circumstances could not be business as usual, he said. Serbia had declared EU accession a strategic priority, which implied “alignment with European policies, including on foreign policy issues,” he added.

“We are taking this very seriously and we are following this up,” he said.

In a statement, Serbia’s Interior Minister Aleksandar Vulin described the memo signed with Russia as a “technical document” and said EU officials “do not want to allow Serbian President Aleksandar Vucic to have independent policies.”

Although Serbia has condemned Russia’s invasion of Ukraine at the United Nations, it has refused to join sanctions against Moscow.

On Sunday, Selakovic said Serbia would not recognise results of the referendums in parts of eastern Ukraine controlled by Moscow.

“It would be against our national interests,” he was quoted as saying by N1 new TV channel on its web site. Serbia still refuses to recognise its former province of Kosovo which declared independence in 2008.