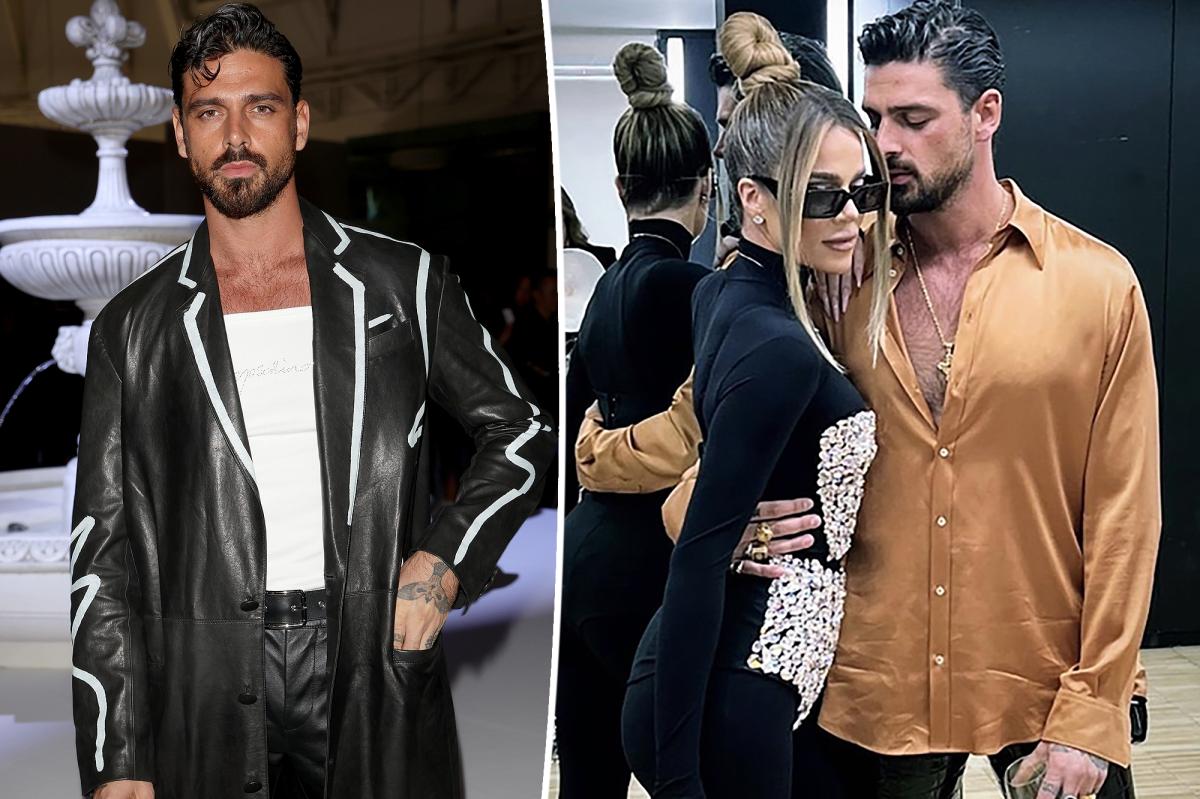 He’s not in love with the Koko.

Michele Morrone is not dating Khloé Kardashian, a rep for the “365 Days” actor confirms to Page Six.

The Italian hunk — who lives in Milan and is currently single — was simply asked by the D&G PR team to take a picture with Khloé, and both parties obliged.

We’re told Morrone thought Khloé was “very nice,” but that was the extent of their interactions.

In the flirty photo, Morrone is seen wrapping his arm around Khloé’s waist, his eyes closed as he pulls her body into his.

Meanwhile, the Good American co-founder looked down at the floor from behind her dark shades, as she sported a figure-hugging bodysuit and a slicked-back bun.

When the pair’s flirty photo surfaced online, fans expressed ardent support for a potential romance between Morrone and Khloé following her split from her on-again, off-again ex, Tristan Thompson.

“They look soo good together,” one TikTok user observed, with another adding, “HE WOULD TREAT HER SO WELL.”

Others called out Khloé’s NBA player ex, who cheated on her several times throughout their years-long relationship.

Thompson, 31 — who shares daughter True, 4, and a newborn son with Khloé — also made headlines for fathering a baby with a different woman while the two were still together.

“Tristan crying in a corner somewhere Yasss Kokoooo!” one person wrote, while another argued, “This is the biggest upgrade I’ve ever seen in my life.”

Over on Twitter, one user wrote, “You don’t understand after i’ve seen that picture i NEED khloe kardashian and michele morrone together.”

Though Khloé hasn’t moved on with Morrone, she is grateful for her fans’ encouragement as Thompson’s paternity scandal plays out on her Hulu reality series “The Kardashians.”

“I love you! I’m so consumed with overwhelming emotions from reading your tweets and commentary about the premiere episode,” she captioned a series of posts following last week’s Season 2 premiere.

She acknowledged that it was “one of the hardest episodes” she’s ever had to shoot for TV.

“I have to be honest I was scared to go online but friends and family kept telling me how loving and kind everybody was. I decided to take a look for myself,” she continued.

“As hesitant as I was to look [at the messages], I’m so grateful that I did! I’ve never seen so much love, kindness and empathy in a really long time on social media.”