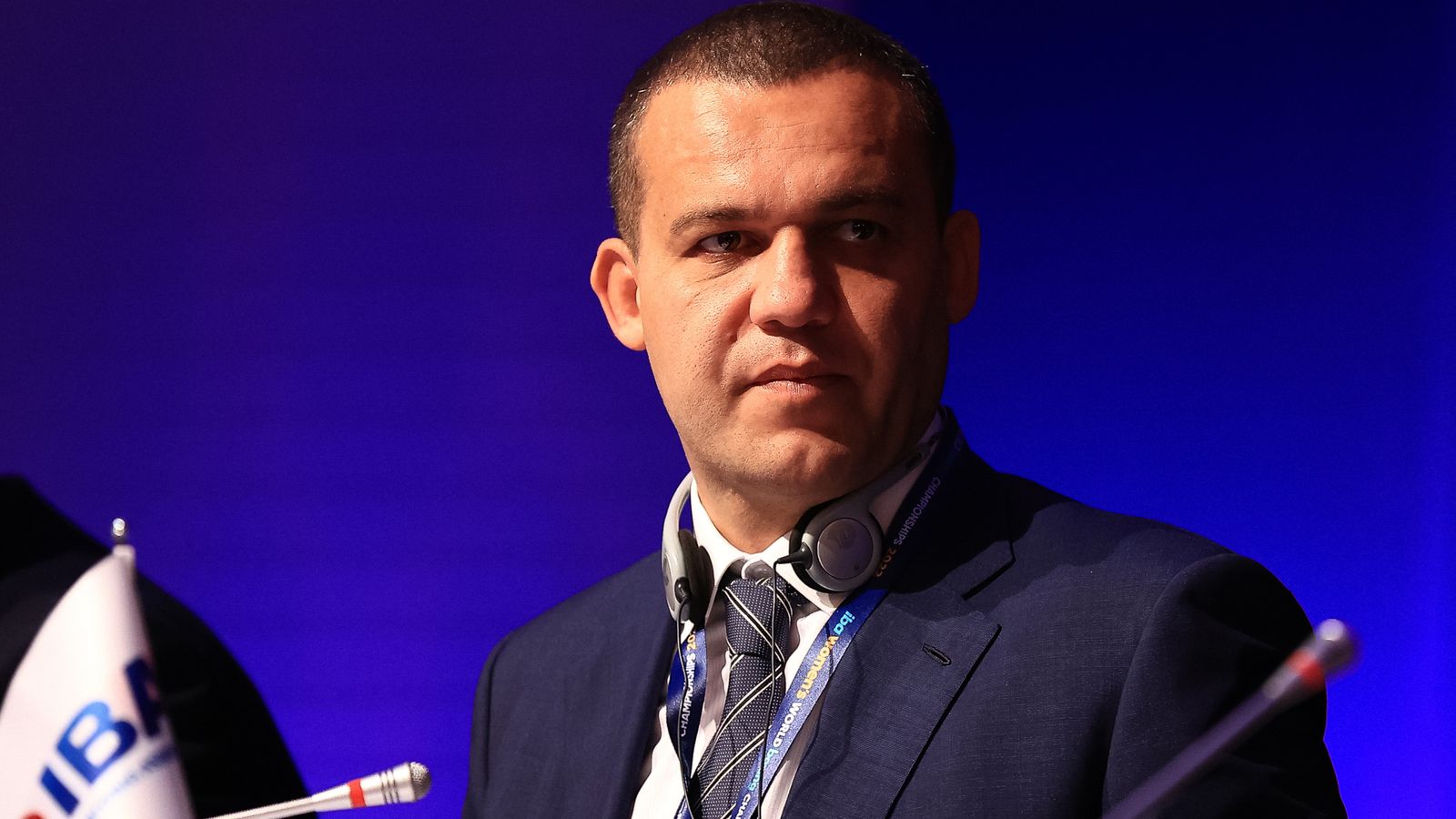 The International Olympic Committee (IOC) has repeatedly sounded the alarm about corrupt judging, poor governance and the parlous finances of the International Boxing Association (IBA), the rebranded world governing body for the amateur sport.

Boxing has been left off the initial programme for the Olympic Games in 2028. As things stand it will not be in the Games after the next Olympics unless it can meet the criteria the IOC has set for reform.

The signs on that score are the cause of deep concern. Earlier this year the IOC withdrew the IBA’s right to administer Olympic qualification and the boxing tournament at Paris 2024, in a similar way to how a special IOC Task Force ran the boxing events at the last Olympics.

But leaving the sport off the programme for the 2028 Olympics shows the IOC does not intend to do so a third time.

The IBA then must reform itself, to the IOC’s satisfaction, or it will be expelled from the Olympics after Paris. That would be disastrous for boxing at every level of the sport.

So far, however, the situation remains dire and the outlook continues to be bleak. Just this month the IOC had already written again to warn of “grave concerns with IBA’s governance”, stating in clear terms that it was still in no position to reverse boxing’s exclusion from the 2028 Olympics.

The crisis in IBA governance had been compounded when Boris van der Vorst was ruled ineligible from running in an election against incumbent IBA president Umar Kremlev. Van der Vorst went to the Court of Arbitration for Sport to reverse that ruling and his case was upheld. The election should be rerun at IBA’s Extraordinary Congress in Armenia on Sunday.

National federations will need to vote for that election rerun to go ahead, if they do so it will be held immediately afterwards.

It will be a vital test for the IBA and whether it can pull Olympic boxing back from the brink.

Van der Vorst of the Netherlands, who is challenging Kremlev for the post of president, is adamant this is a battle to save boxing’s Olympic future.

“It is clear and don’t take my word for it, just read the most recent open letter of the IOC to the incumbent president,” he told Sky Sports.

“The upcoming IBA Congress will also determine the legacy of all attending delegates. Decisions taken at the Congress can ruin the Olympic dreams of boxers, crash our sport, destroy our own national federations.

“But we can also save our sport, ensure its sustainable development towards a prosperous future. We can step out of self-destruction mode. This can only happen if we all resist the pressure, reject corruption, question wild promises, and stay true to boxing values.”

The IBA’s problems need to be fixed and Van der Vorst believes the current leadership can no longer do that.

“As many independent experts investigating IBA have reported in unison: the main issues are caused by the people in boxing, not regulations. There is a need to overhaul the leadership and organisational culture, there is no doubt about that. This is the wider picture, but in operational terms, we need to fix the three areas of IOC’s concern: competition integrity, governance and financial sustainability. It sounds like a lot, but we have the regulations in place. They just need to be complied with, followed rigorously, and I am ready to ensure that,” he said.

“I have already pledged to restore IOC financial contributions to the IBA, unlock additional Olympic Solidarity funds for boxing, and form the Boxing Independent Integrity Unit to protect boxers and national federations, all within 100 days from my election as president. If I cannot fulfill this, I will tender my resignation. I am confident I can end our self-destructive confrontation with the IOC, our largest and most reliable partner.”

Russia’s Kremlev himself maintains that boxing will remain an Olympic sport.

“There is no way boxing will lose its Olympic status. We will work together with the IOC to overcome all obstacles,” he told Sky Sports.

“Boxing is one of the oldest Olympic sports, and I believe that past wrongdoings shouldn’t be the reason to punish thousands of boxers who have their Olympic dream. We don’t have anything in common with old AIBA, we shouldn’t be responsible for wrongdoings of the others. I will personally take care that boxing is clean from corruption and other problems.”

The IBA has been making moves towards allaying some of the IOC’s concerns. Richard McLaren for instance was brought in to examine issues of corruption.

“We have completed approximately 90 per cent of the planned reforms, and we will keep our direction of work towards integrity, full transparency and sustainability,” Kremlev insisted.

“We believe that the IOC will assess our work fairly. To name a few, we have settled all debts, allocated prize money for the major tournaments, increased weight categories for men and women, established a financial support programme to help our national federations. In accordance with Professor Dr [Ulrich] Haas’ recommendations, we changed our constitution. It is a huge work done in only 21 months. I am positive that IBA’s work will be recognised and appreciated.”

Being able to stage an election for president that is perceived to have been administered fairly will be a crucial test of whether the IBA can reform its governance. But as well as corrupt officiating, the IOC has also raised concerns about the sources of the IBA’s funding. It is currently reliant on Russian state energy giant Gazprom for sponsorship.

Kremlev promises: “We are going to announce new sponsors in few days. IBA is developing a strong commercial program to diversify its revenues.”

He did still acknowledge: “This Congress will be decisive for our governance reforms.”

However, Kremlev was critical of the IOC itself, a sign there is a long way to go before the IBA and the IOC could establish harmonious relations.

“We were very disappointed with the IOC decision to withdraw the IBA’s right to run the qualification and boxing tournament in Paris 2024. During the last 22 months, we achieved strong progress in governance, finance and refereeing and judging, all of which were not taken into consideration,” Kremlev insisted.

“Of course, there is always a way to improve more, however, this decision is really upsetting since we put all our efforts to reforming the organisation with the best independent experts involved, and our significant progress hasn’t been recognised and appreciated.

“However, the life goes on, and we have work to complete in order to ensure wellbeing of our athletes and coaches, who are our top priority.”

But the loss of Olympic boxing would be devastating. Its effect would run through to amateur boxing clubs and the communities they serve as well stymie the development of future elite and professional boxers. It would wreck the foundations of the sport as we know it.

Olympic boxing has an august history in the UK. The professional success of Anthony Joshua, Amir Khan and many more was founded on their achievements at the Olympic Games. Britain had its most successful Olympic boxing team in a hundred years at the most recent Games in Tokyo last year.

England Boxing, the national governing body, has underscored the gravity of the situation.

“The fact that boxing has not been included in the initial programme for the 2028 Olympics in Los Angeles is a further, considerable red flag,” England Boxing said in a statement

“Boxing has a proud and illustrious record at the Olympics, having been contested at every summer Games since it was introduced to the programme in 1904 – and we want to keep it that way.

“With that in mind, it is England Boxing’s position that urgent changes needed to protect boxing’s status as an Olympic sport are best served by voting for the challenging presidential candidate, Boris van der Vorst.”

For boxing, the sport of Muhammad Ali, of women’s trailblazers like Nicola Adams and one of the original Olympic events, to not be part of the Games was once unthinkable. It is now an imminent threat, one that will become a reality until drastic action is taken.

Sunday’s IBA congress will be another crucial moment, but the time to save the sport is fast running out.