Home » My Wife Of 52 Years Just Died. My Grief Is So Overwhelming, I Can Barely Cope.

My Wife Of 52 Years Just Died. My Grief Is So Overwhelming, I Can Barely Cope. 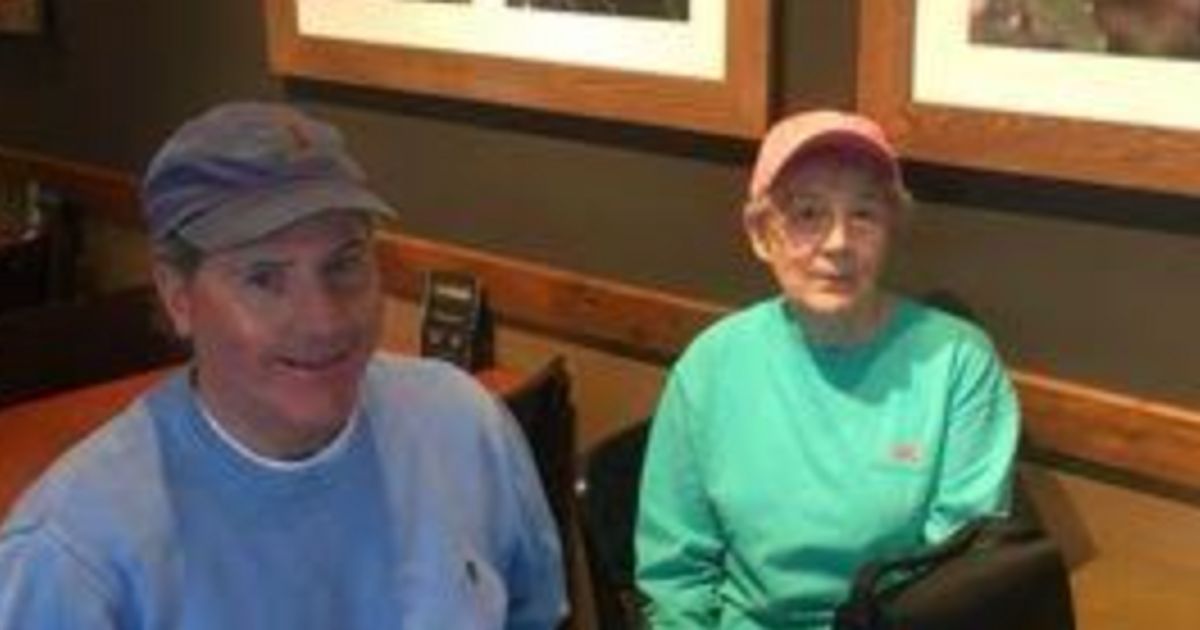 It’s never a good thing when the emergency room staff know you by name. Diane had been experiencing gastrointestinal issues for some time, and had visited the ER 27 times in the past year for nausea, vomiting and diarrhea. Over a nine-month period, her gastroenterologist performed two colonoscopies and an endoscopy. He finally came up with a diagnosis of arteriovenous malformations. “Don’t worry,” he said, “there’s no sign of cancer. Most people with this condition can lead a normal life.” In Diane’s case, he was wrong ― dead wrong.

March 1, 2022, was the day our lives changed forever. We thought it was just another visit to the ER. I was expecting the usual testing protocol: an injection of promethazine or Zofran for the nausea, followed by discharge. This time was different. An imaging test had revealed two spots on Diane’s liver ― probably cancerous, they said. I was stunned. Surely further testing would provide another explanation. It had been less than a month since the gastroenterologist did the endoscopy and found no malignancies.

Radiology confirmed the cancer diagnosis. Even worse, it was inoperable colon cancer that had spread to the liver, and the GI doctor somehow never saw it. My spouse, my wife of 52 years, my high school sweetheart was going to die, and there was nothing I or anyone else could do about it.

Supporting a loved one who is living with terminal cancer is the second hardest thing I’ve done in my 73 years on earth. The hardest thing for me was when Diane stopped living with it and started dying from it. The visual evidence of her decline and the relentless approach of her death was terrifying.

She tried her best. We were referred to a local cancer center, and the clinical team there assured Diane that the liver tumors were relatively small. She was an excellent candidate for chemotherapy. Another two years of life was a reasonable expectation. Three or four wasn’t out of the question. I felt a stirring of hope. Chemotherapy would give Diane the precious gift of time. Meanwhile, there was the possibility of new drugs, new discoveries, maybe even a cure. A light, however dim, was flickering at the end of the tunnel.

We confirmed an appointment for the chemo port procedure a few days later. When Diane canceled at the last minute, I was surprised and alarmed. The clock was ticking, the tumors were growing; we needed to do this now. At the same time, I didn’t want to push her. It wasn’t my body, my illness, or my decision to make. I breathed a sigh of relief when she rescheduled the appointment and kept it.

During this period I had begun researching and making inquiries to a few prominent cancer facilities, most notably the Mayo Clinic. I even asked our cancer office to send Diane’s records to one of the other hospitals I’d contacted. Nothing came of it; I didn’t hear back from any of them. Ultimately it was a moot point, because Diane said she wasn’t interested in traveling to receive treatment.

That ray of hope I’d felt didn’t last long. The chemo port was uncomfortable, and Diane was self-conscious about it. She finally stopped wearing a bra. That helped with the port problem, but did nothing to reduce her nausea from the treatment session. The discomfort was exacerbated when they sent her home with a portable unit that slowly dispensed the drugs through her port.

Diane’s next appointment was postponed because her iron levels were too low for the treatment. They gave her an injection to boost the iron and rescheduled the session. That’s when Diane told me she was done with chemo for good.

“It took some time for me to realize that a few quality months of life was a gift she wanted to give both of us.”

At the time, I viewed her decision as a death wish ― a rejection of the life we had together. Would she really rather accelerate the timeline of her death than have more time with me and our daughter? I accepted and supported Diane’s decision, but I couldn’t understand it. It took some time for me to realize that a few quality months of life was a gift she wanted to give both of us. Two or three years of uninterrupted misery from the drugs and the side effects, with virtually no chance for a different outcome, was not something Diane wanted for either of us.

The cancer center tried to convince her to continue with the treatments, but I think they realized the weakness of their argument, given the situation. They gave us a referral to hospice and wished us well. Hospice accepts patients who are considered to have less than six months to live. The clock was ticking. We would have one final summer together.

I look back at the magic of those ordinary days that make up a lifetime. I helped Diane bathe, dress and use the toilet. We went out every morning for breakfast at a restaurant where people loved her. Shopping, errands, trips to the park filled our days. I tried to stay strong for her, but I could feel the time slipping away.

July gave way to August and Diane began to decline. One of the hardest things for a caregiver is watching your loved one slowly disappear, physically and mentally. The world narrows, the light at the end of the tunnel dims, until the only thing left is the tunnel itself.

Diane could no longer leave the house. I couldn’t manage it. Even if I were younger and stronger, I’m not sure I could have kept her safe.

I got the hospital bed around the middle of August after she fell out of our bed the second time. We set it up in the living room, where she could watch television and feel a part of the day’s activity. Hospice was wonderful, providing advice, support, nursing services and bed baths. I couldn’t have managed without their help.

Late August was difficult. I tried to feed her. On a good day Diane would eat half a honey bun and drink some ginger ale. I waited to see if she would hang on until our anniversary on August 24. She made it. I wished her a happy anniversary. Maybe she understood me; maybe she didn’t. Diane’s ability to speak was now mostly gone.

I selected a funeral home and began sleeping in a room closer to the front of the house so I could check on her during the night. Diane stopped eating at the end of August. Her time was short. My daughter and son-in-law were driving down from Virginia.

I am writing this on Monday, September 12. Diane died last Wednesday afternoon, September 7, at 2:00 p.m. My daughter and I spent the morning at her bedside holding her hand and showing our love. The hospice nurse was there to help us when she passed.

“I believe a life is measured by the footprints one leaves behind. Diane’s are imprinted all over my heart and the hearts of many others.”

They say you never forget your first love. In my case, Diane was the only girl I ever loved. I took her ice skating on our first date in 1966. It didn’t take long to know she was the one for me. Finding my soul mate at such a young age was indescribable. She felt the same way. Life was perfect.

And now she’s gone. I take some comfort in knowing her life was full. Diane was a wonderful wife and mother; she was a skilled and compassionate nurse. I believe a life is measured by the footprints one leaves behind. Hers are imprinted all over my heart and the hearts of many others.

What have I learned from this experience? I can tell you coping with Diane’s death is the hardest thing I’ve ever done. I wear the sadness like a heavy blanket. My mind is fuzzy; I drift through the days searching for something, for someone who isn’t there. It’s surreal. Maybe time will help. Maybe it won’t.

I feel an occasional sense of peace knowing I did what I could to make her comfortable. Her urn sits on a remembrance table, with a picture of the two of us and some personal items that were important to her. I visit with Diane every day. She’ll be with me as long as I live.

The house is quiet now. I’m trying to move forward, but it’s hard. I thought we would grow old together. We did, but not nearly old enough. Diane’s death has taught me that no matter how much we love someone, we all have our own lives to live. The best way for me to honor the life Diane and I had together is to live the rest of my life the best way I know how.

It’s late. I should try to sleep, but I think I’ll turn on the television. I need something to cover the sound of crying.

Ronald Paxton was born in Richmond, Virginia, and currently lives in Conway, South Carolina. He sold his first short story in 2008 and has since published eight novels, more than 50 short stories, a children’s book, and poetry. Mr. Paxton’s short fiction has received nominations for the Pushcart Prize and Best of the Net awards. His novel “Tears at Sunrise” is a State Library of Virginia fiction selection.

Do you have a compelling personal story you’d like to see published on HuffPost? Find out what we’re looking for here and send us a pitch.


Read More: My Wife Of 52 Years Just Died. My Grief Is So Overwhelming, I Can Barely Cope.