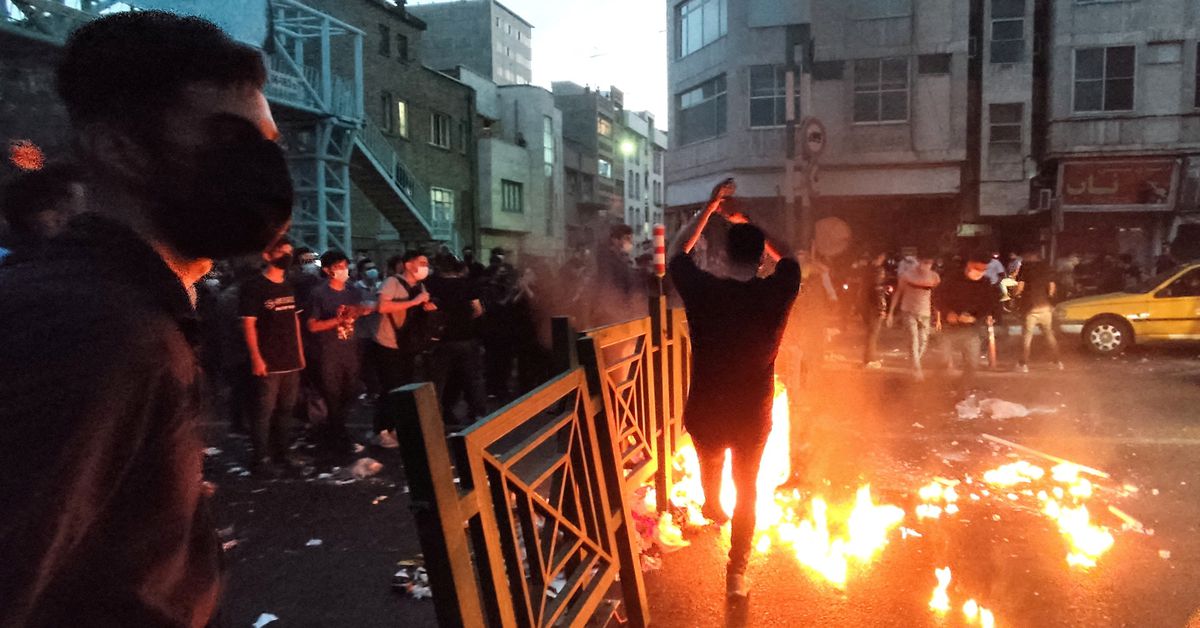 DUBAI, Sept 24 (Reuters) – Iran must deal decisively with protests which have swept the country after the death in custody of a woman detained by the Islamic Republic’s morality police, President Ebrahim Raisi said on Saturday.

At least 41 people have been killed in the week-long unrest, state television said on Saturday. It said that toll was based on its own count and official figures were yet to be released. Protests have erupted in most of the country’s 31 provinces.

State media quoted Raisi on Saturday as saying Iran must “deal decisively with those who oppose the country’s security and tranquillity.”

Raisi was speaking by telephone to the family of a member of the Basij volunteer force killed while taking part in the crackdown on unrest in the northeastern city of Mashhad.

The president “stressed the necessity to distinguish between protest and disturbing public order and security, and called the events … a riot,” state media reported.

The protests broke out in northwestern Iran a week ago at the funeral of Mahsa Amini, a 22-year-old Kurdish woman who died after falling into a coma following her detention in Tehran by morality police enforcing hijab rules on women’s dress.

Her death has reignited anger over issues including restrictions on personal freedoms in Iran, the strict dress codes for women, and an economy reeling from sanctions.

Women have played a prominent role in the protests, waving and burning their veils. Some have publicly cut their hair as furious crowds called for the fall of Supreme Leader Ayatollah Ali Khamenei.

The protests are the largest to sweep the country since demonstrations over fuel prices in 2019, when Reuters reported 1,500 people were killed in a crackdown on protesters – the bloodiest confrontation in the Islamic Republic’s history.

On Friday, state-organised rallies took place in several Iranian cities to counter the anti-government protests, and the army promised to confront “the enemies” behind the unrest.

In neighbouring Iraq, dozens of Iraqi and Iranian Kurds rallied outside the United Nations compound in the northern city of Erbil on Saturday, carrying placards with Amini’s photograph and chanting “death to the dictator,” referring to Khamenei.

State television in Iran, which has accused armed exiled Iranian Kurdish dissidents of involvement in the unrest, said Iranian Revolutionary Guards had fired artillery on bases of Kurdish opposition groups in the Kurdish region of northern Iraq.

At least three times this week, mobile Internet has been disrupted in Iran, the NetBlocks watchdog has reported. Activists say the move is intended to prevent video footage of the violence reaching the world.

On Saturday NetBlocks said Microsoft’s (MSFT.O) Skype video calling app was now restricted, the latest such measure after platforms including Instagram, WhatsApp and LinkedIn were targeted.

In an effort to help sustain internet connection, the United States is making exceptions to its sanctions regime on Iran – a move which Tehran said on Saturday was in line with Washington’s hostile stance.

On the night of Sept. 21, shootings by security forces left at least 19 people dead, including three children, it said.

“The rising death toll is an alarming indication of just how ruthless the authorities’ assault on human life has been under the darkness of the internet shutdown,” Amnesty said.

State television showed footage purporting to show calm had returned to many parts of the capital Tehran late on Friday.

“But in some western and northern areas of Tehran and certain provinces rioters destroyed public property,” it said, carrying footage of protesters setting fire to garbage bins and a car, marching, and throwing rocks.

The activist Twitter account 1500tasvir carried videos of protests in Tehran’s western district of Sattarkhan showing protesters gathered at a square chanting “don’t be afraid we all in this together” late on Saturday with a motorcycle apparently belonging to riot police burning in the background.

A video posted on social media showed a demonstration in the northern city of Babol with youths trying to take off portraits of Khamenei and Ayatollah Ruhollah Khomeini, the founder of the Islamic Republic, at the gate of a university while bystanders cheered them on and shouted “death to the dictator.”

Videos posted on social media showed continued protests in Sanandaj, capital of Kurdistan province, late on Saturday, despite a heavy police presence. Reuters could not verify the videos.