Home » Breath training may help reduce blood pressure by serving as a ‘dumbbell for the diaphragm’:

Breath training may help reduce blood pressure by serving as a ‘dumbbell for the diaphragm’: 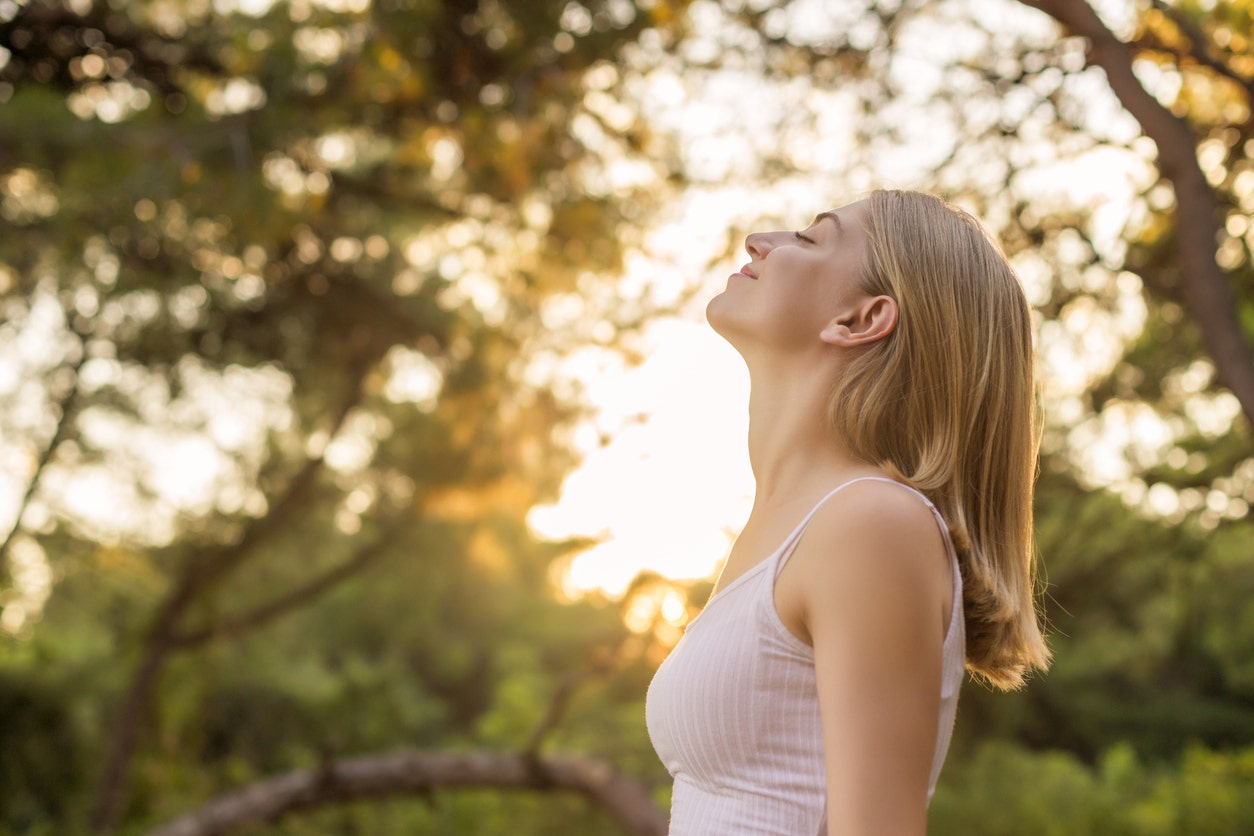 It may also provide support for the muscles that help us breathe to reduce blood pressure.

A daily dose for six weeks of high-resistance inspiratory muscle strength training (IMST) reduced the systolic blood pressure by an average of nine millimeters of mercury, according to a new study published in the Journal of Applied Physiology.

HYPERTENSION, THE SILENT KILLER — WHAT IT IS?

He is assistant research professor of integrative physiology at the University of Colorado Boulder.

Researchers wanted to apply the same concept of strength training used for keeping muscles healthy to the muscles that help us inhale — such as our diaphragm.
(iStock)

“This is important,” Craighead said, “because a reduction in blood pressure of that level would reduce someone’s risk for getting cardiovascular disease and other health problems associated with high blood pressure.”

Since muscles weaken over time, strength training is often used to keep the muscles of the body healthy.

Craighead, however, wanted to apply that same concept to the muscles that help us inhale, such as the diaphragm.

Along with other researchers, he recruited healthy volunteers ages 18-82 to use a device called PowerBreathe, which provides resistance training for the muscles that help us inhale. (There are several such devices on the market.)

The study’s participants were asked to use the device for five minutes a day for six weeks.

It’s often referred to as the “dumbbell for your diaphragm” because it creates resistance when we take a breath, according to the PowerBreathe website.

The new study found that performing 30 breaths per day for six weeks lowered systolic blood pressure by approximately 9 millimeters of mercury, which is similar to the reduction attained by conventional aerobic exercise such as walking, running or cycling.

The lead author of a new study said the breathing “protocol takes only 5-10 minutes per day, so we hope it’ll be easy for people to adhere to.”

“In addition, the protocol takes only 5-10 minutes per day, so we hope it’ll be easy for people to adhere to,” Craighead told Fox News Digital.

“It can easily be done while doing things like watching TV or waiting for your coffee to brew.”

Lowering systolic blood pressure by 10 mm Hg reduces the risk of stroke by about 35% and that of heart disease events by approximately 25% at age 65, according to a British Medical Journal report.

What is high blood pressure?

The top number is the systolic blood pressure, which is pressure inside the artery when the heart is contracting and sends blood throughout the body.

The bottom number is the diastolic blood pressure, or when pressure of the artery when the heart is at rest and fills with blood, according to Johns Hopkins Medicine.

People who are diagnosed with stage 1 hypertension have systolic blood pressure readings that consistently range from 130-139 mm Hg or diastolic reading that range from 80-89 mm Hg.

“High blood pressure is a common problem and contributes to stroke, heart failure, kidney failure and a variety of other cardiovascular complications.”

When people are diagnosed at this stage, lifestyle changes are often recommended first before starting any medication.

He is also executive director of interventional cardiovascular programs at Brigham and Women’s Hospital Heart & Vascular Center in Boston.

Stage 2 hypertension is when systolic blood pressure readings consistently range at 140/90 mm Hg or higher, according to the American Heart Association.

“Potentially, breath training, as was done in this [new] study, might help strengthen the muscles involved with breathing and additionally lower blood pressure,” Bhatt said.

“It seems like a safe approach,” he added, “though further study is needed to determine just how effective it may be and who the ideal candidates might be.”

People who are on high blood pressure medications, said Bhatt, should not stop these medications without consulting their physicians first.

“We need to do much longer studies to confirm that we actually see a lower rate of blood pressure-associated conditions in people who do this training,” said the lead author of a new study.

“I don’t think it will be a magic fix on its own,” Craighead of the University of Colorado Boulder told Fox News Digital about IMST, the strength training process for respiratory breathing muscles.

“However, so far we’ve seen that it is effective in people already taking antihypertensive medications — so it could be a good ‘add-on’ therapy to medications.”

He also noted it has additional benefits to conventional exercise “because the breathing training is so different from running or walking — but that question still needs to be confirmed with further research.”

How does breath training work?

Endothelial cells cover the lining of the blood vessels, which in turn help produce a key compound that protects the heart called nitric oxide, according to Cleveland Clinic.

The study found that six weeks of inspiratory-muscle strength training increased endothelial function by about 45%.

Limitations of the study

Craighead noted that his current study has some limitations, including that it only tested participants for six weeks.

“We need to do much longer studies to confirm that we actually see a lower rate of blood pressure-associated conditions in people who do this training,” he told Fox News Digital.

SHOULD YOU GET THE FLU SHOT THIS YEAR? DOCTORS REVEAL THEIR DECISION

He also noted that most participants in his study were non-Hispanic white adults, so it’s difficult to generalize the research to a diverse population of people.

“We need to learn about how effective this breathing training is when people train on their own, without researcher oversight.”

All the research was done in a controlled laboratory setting, said Craighead, so “we need to learn about how effective this breathing training is when people train on their own, without researcher oversight.”

He hopes, however, that the study results inspire more research on high-resistance inspiratory muscle strength training.

“If the health benefits are confirmed in larger trials with longer treatment durations, then I can see this becoming another important tool in the toolbox for helping control blood pressure,” Craighead added.

“I think it is really promising because it is so time-efficient — and thus far has been shown to be safe in the groups investigated.”

Read More: Breath training may help reduce blood pressure by serving as a ‘dumbbell for the diaphragm’: