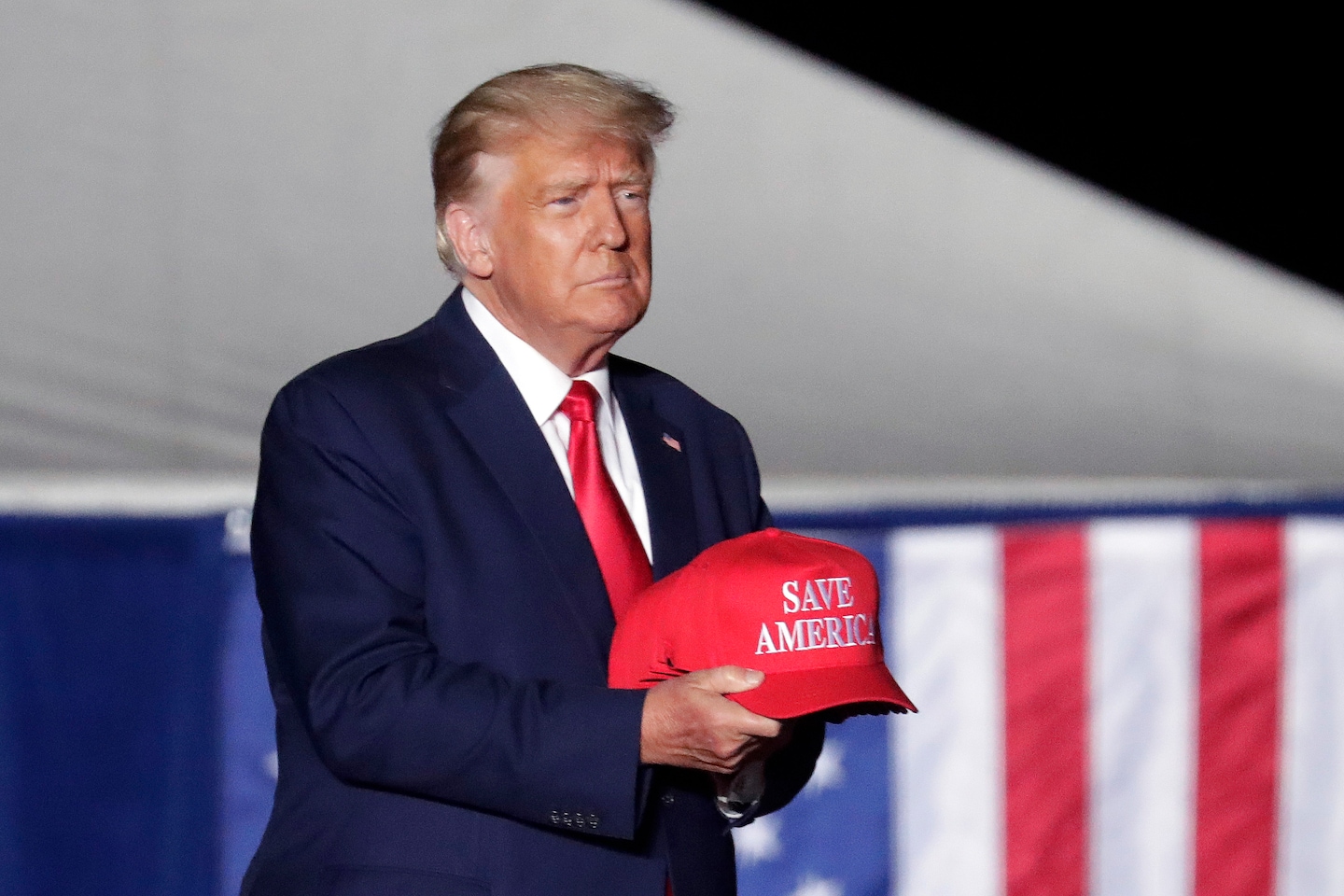 Lawyers for former president Donald Trump have entered a high-stakes legal battle seeking to limit the scope of former top White House aides’ testimony to a federal grand jury that is investigating efforts to overturn the 2020 elections, according to people familiar with the matter.

The action sets up a potentially precedent-setting struggle that could affect the Justice Department’s investigation of the Jan. 6, 2021, Capitol attack, and address the scope of a former president’s assertion of executive or attorney-client privilege to preserve the confidentiality of advisers’ communications.

The specific contours of the fight, reported first by CNN, are unclear. One person familiar with the matter said that the dispute concerned the testimony of two top aides to former vice president Mike Pence — his former chief of staff, Marc Short, and former counsel, Greg Jacob. The men appeared before the grand jury in July and answered some, but not all, questions, based on Trump’s assertion of privilege, people familiar with the matter said.

Grand jury matters are typically secret. However, the case spilled into light after Trump attorneys M. Evan Corcoran, John P. Rowley III and Timothy C. Parlatore were seen at federal court in Washington on Thursday with no publicly scheduled matters, along with a lead Jan. 6 federal prosecutor, Thomas Windom. A person with knowledge of the matter said Trump’s representatives were present for a Jan. 6-related proceeding.

The people spoke on the condition of anonymity to discuss an ongoing criminal investigation.

Trump’s attorneys and a spokesman for the U.S. attorney’s office in D.C. said they could not comment on grand jury matters. Efforts to reach representatives for Short or Jacobs were not immediately successful Friday night.

A dispute over executive privilege and compelling a witness’s testimony before a grand jury would typically be heard by Chief U.S. District Judge Beryl A. Howell in Washington. While Howell has in the past moved quickly, any appeal to the U.S. Circuit Court of Appeals for the District of Columbia would probably extend through the end of the year, and the arguments would be unlikely to be made public before then. A spokeswoman for Howell did not respond to a request for comment.

In most fights over executive privilege — which are often between Congress and the executive branch — both sides usually compromise and settle their differences rather than risk a precedent-setting defeat for either branch of government.

But the stakes of the criminal investigation into Trump’s actions during the presidential transition after he lost reelection in November 2020 may make negotiation more difficult.

The Justice Department is questioning witnesses about conversations with Trump, his lawyers and others in his inner circle who sought to substitute Trump allies for certified electors from some states Joe Biden won, people familiar with the matter have said. Prosecutors have asked hours of detailed questions about meetings Trump led in December 2020 and January 2021 and his pressure on Pence to overturn the election. Those lines of inquiry are separate from the investigation into classified documents recovered from Trump’s Mar-a-Lago home — though that case, too, has produced legal fighting over issues of executive and attorney client privilege.

Both Short and Jacob have unique windows into those events. Both were with Pence on Jan. 6 at the Capitol. They testified with Pence’s approval before a House select committee conducting a parallel investigation, although the former vice president declined to do so himself. Jacob also told the committee that two days before the riot, private Trump attorney John Eastman conceded that the plot to have Pence help overturn the election was illegal.

In other legal proceedings, attorneys for Trump have defended executive privilege claims, warning that rulings to the contrary could damage the presidency by weakening the confidentiality afforded to the conversations of top presidential advisers. They have argued that allowing a sitting president to waive executive privilege of a predecessor unilaterally also could politicize and defeat the purpose of the privilege.

However, Trump’s legal options to withhold testimony may have been limited by a string of court decisions since Jan. 6.

Courts have long held that White House claims of executive or attorney-client privilege are easier to overcome when the information is sought in a criminal proceeding rather than by Congress. The standard for prosecutors is whether they can show a witness is likely to possess information important to the criminal probe not readily available otherwise.

And even though lawmakers must meet a higher bar, courts since January have sided with Congress and rejected an attempt by Trump to withhold thousands of pages of White House communications and records from the House Jan. 6 committee, and a similar effort by Eastman to do so claiming attorney-client confidentiality.