The developer of Clock Tuner for Ryzen is working on an update for the latest tool called Hydra. For the first time, the program would provide optimizations for Radeon GPUs.

Yuri “1usmus” Bubliy developed a voltage/frequency curve optimizer for Radeon 6000 GPUs. It is said to unlock maximum potential of RDNA2 GPU by reducing the operating voltage by up to 6%. In an example of Radeon RX 6800XT, RMP can lead to increased frequency by 300 MHz. This allows the card to outperform both, RX 6900XT and RTX 3090 Ti in 3DMark Time Spy test: 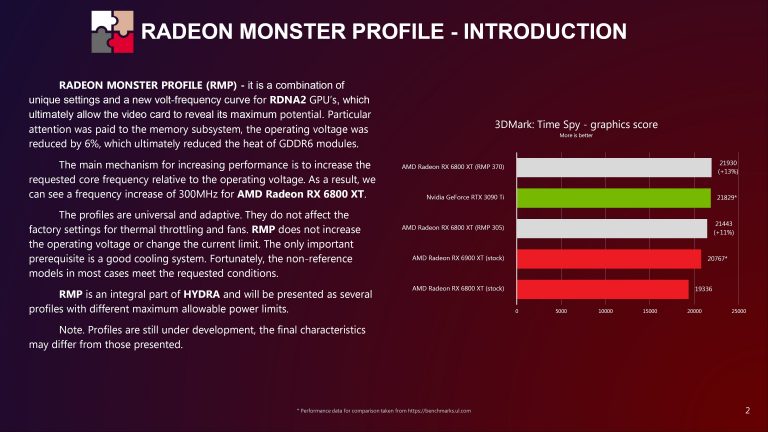 As mentioned, the profiles are universal and adaptive, however they are still under active development, and they might show different results for different GPUs. What is especially important for RMP to work is efficient cooling solution. Therefore, custom models will likely show better results when using RMP. 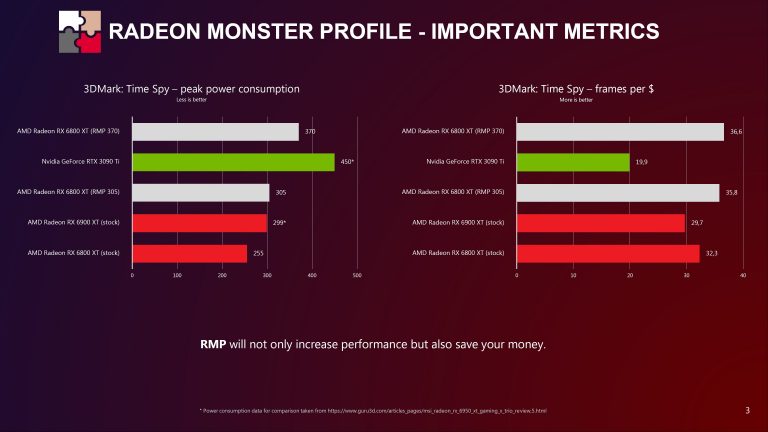 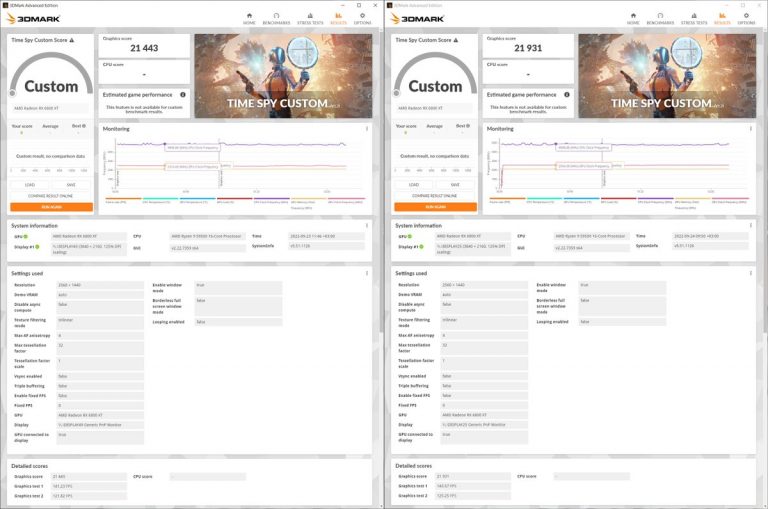 The RMP update for Hydra should be released later this fall. The developer might also release a Radeon Monster Profiles update for RDNA3 GPUs.

Fall plans. You already heard about my new calculator for DDR5 (demo soon), today it’s time to tell you about the presets for RDNA2 video cards which could surprise you.

More in the slides…😎 pic.twitter.com/WnVUJOdmuR