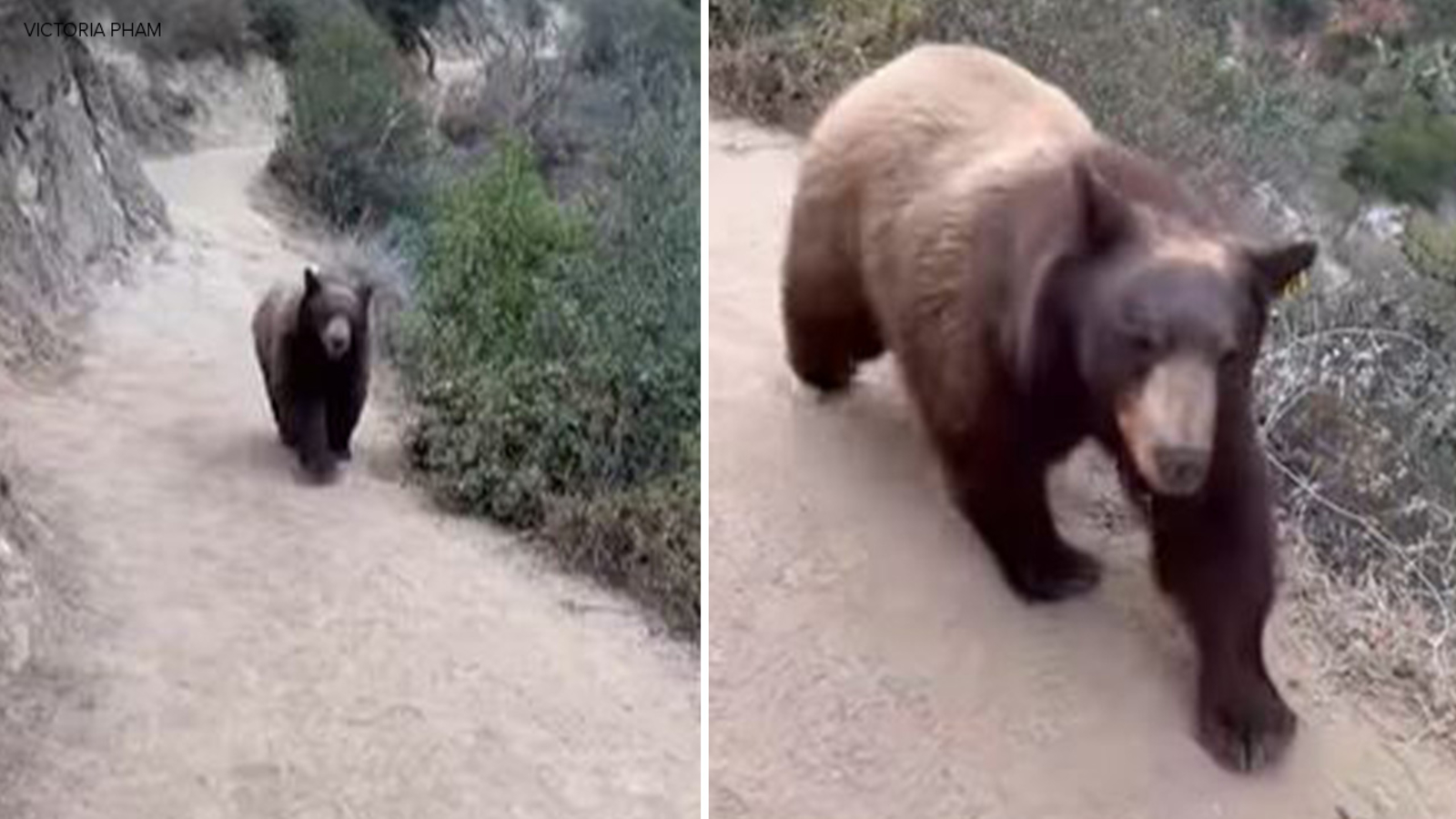 “This bear just came and had my phone out and I just let it pass,” said Victoria Pham, who said she chose to just stay calm.

Victoria Pham said she was hiking along the Mount Wilson Hiking Trail in Sierra Madre, one she does often, when suddenly, she heard commotion.

“I noticed these hikers were coming down, you know, kind of in a panic saying, ‘Oh my God! There’s an animal up there,'” said Pham.

However, this didn’t frighten Pham much and she calmly chose to continue her hike. Suddenly, she came across a strolling bear.

“I noticed this black bear coming down, and it was very calm and chill, just trotting along down the trail, and I noticed there were hikers above as well,” she said. “So the bear was between me and the hikers.”

Pham’s brain told her to remain calm. She said she once worked for the Yosemite National Park’s search and rescue team so she’s familiar with these type of encounters.

“Well, I can’t outrun the bear and I can’t really go either way off the trail, so I’m just going to let this bear pass,” she told herself.

“This bear just came and had my phone out and I just let it pass,” Pham continued. “He looked at me, and I looked at him and I was like, ‘Cool man!'”

Pham posted the video of her encounter on her Instagram page.

The National Park Service says if you happen to come across a bear, stay calm. Remember that most bears don’t want to attack you. Officials say they usually just want to be left alone.