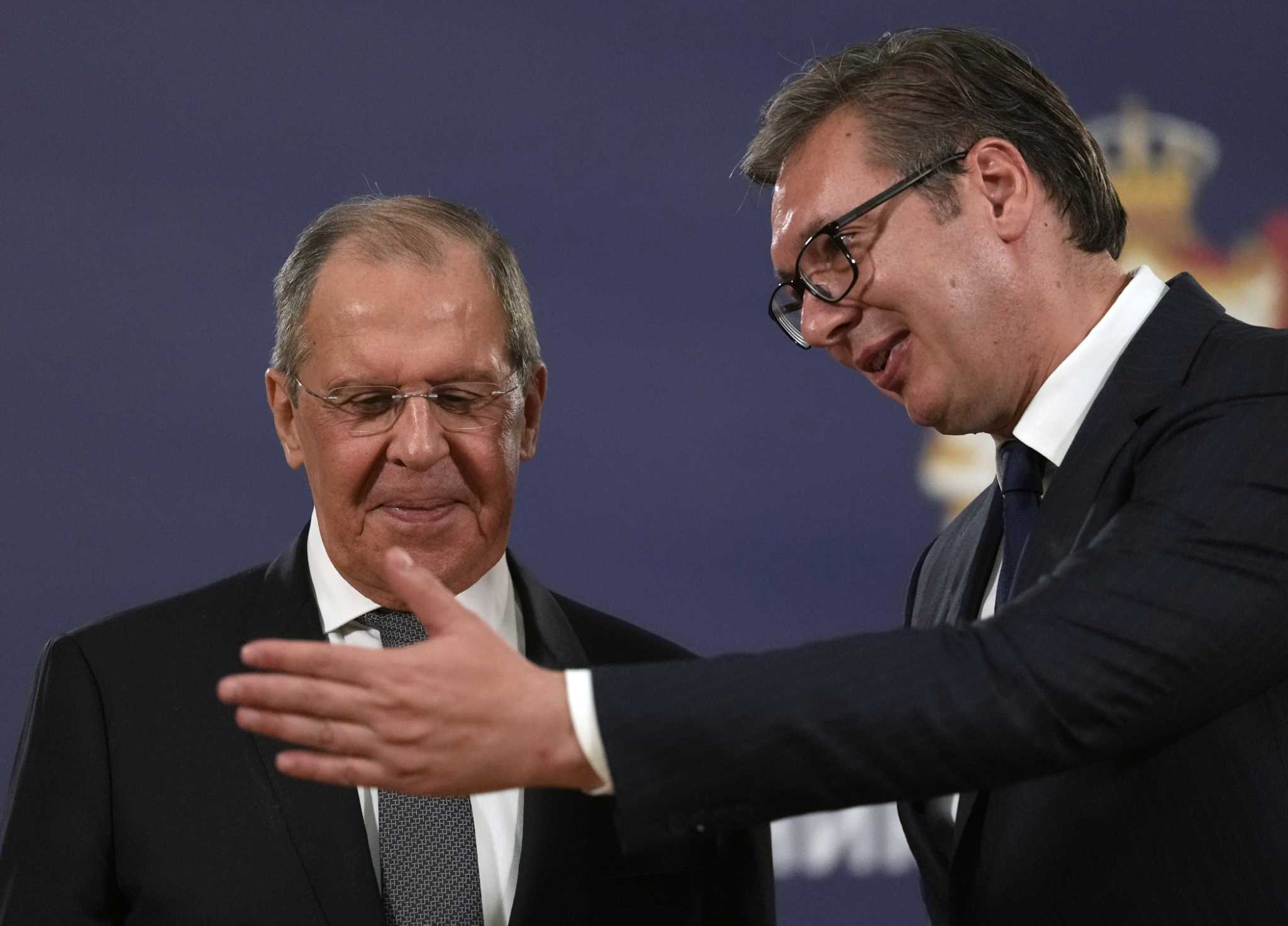 Serbian Foreign Affairs Minister Nikola Selakovic signed the agreement Friday along with Russian Foreign Minister Sergey Lavrov on the sidelines of the U.N. General Assembly meeting in New York, where most Western delegations shunned Russia’s top diplomat over the country’s invasion of Ukraine.

The consultation plan covered by the agreement is expected to last for two years, Serbia’s foreign ministry said in a Friday statement. Serbia officially is a candidate for European Union membership, but the government maintains relations with Russia.

Although Serbia said it supports Ukraine’s territorial integrity, the government has repeatedly refused to join Western sanctions against its Slavic allies in Moscow. Aligning foreign policies with the EU is one of the main pre-conditions for joining the 27-nation bloc, but Serbia has increasingly defied calls to do so.

Officials from Serbia’s pro-Western opposition said the signing of the latest deal with Russia is a sign that Vucic, a former ultranationalist, has given up on the Balkan country joining the EU and is bringing it closer into Moscow’s fold.

The centrist SSP opposition party said “it is incredible” that at a time when most of the world is apprehensively watching Moscow’s actions, Serbia signed an agreement to consult with a country “that directly violates the U.N. Charter and intends to annex the (Ukrainian) territory.”

Interior Minister Aleksandar Vulin, Vucic’s informal spokesperson, said in a statement that “expanding cooperation with Russia is not a matter of respecting the past but a responsible decision facing the future.”

Serbia is important for Russia as a way to destabilize the Balkans and potentially shift part of the world’s attention from the war in Ukraine.