Home » Bridgerton Prequel: Get a First Look at Queen Charlotte: A Bridgerton Story

Bridgerton Prequel: Get a First Look at Queen Charlotte: A Bridgerton Story 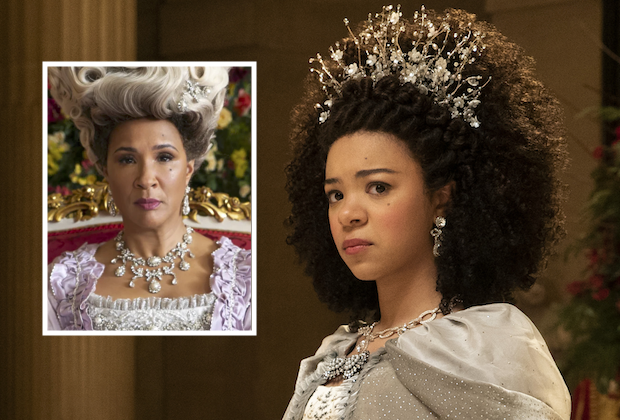 Ahead of this weekend’s Tudum global fan event, Netflix has released a first look at its upcoming Bridgerton prequel spinoff.

Queen Charlotte: A Bridgerton Story, as the offshoot is titled, is centered on the titular royal’s rise to prominence and power, telling the story of how the young Queen’s marriage to King George sparked both a great love story and a societal shift, “creating the world of the Ton inherited by the characters in Bridgerton.”

Shonda Rhimes herself will serve as showrunner on the series and executive-produce alongside director Tom Verica and longtime producing partner Betsy Beers.

India Amarteifi, whose previous TV credits include Disney Channel’s The Evermoor Chronicles and the British-French crime drama The Tunnel, will fill the title role of the younger Queen Charlotte. (Check out the full, first photo down below.)

Scroll down below for a first photo from Queen Charlotte: A Bridgerton Story, plus a fun video in which Golda Rosheuvel and Adjoa Andoh give India Amarteifi a royal welcome.