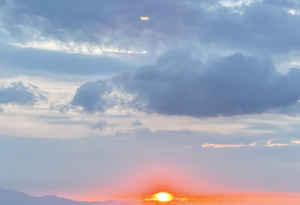 Extreme climate warming has shown to change how cloud cover behaves throughout East Asia (EA). Recent research suggests that in a warmer climate with greater amounts of CO2 in the atmosphere, slow cloud responses to meteorological mechanisms can cause a cooling effect over certain regions of EA. However, in some areas within Asia, fast cloud responses may have the opposite effect. This new dynamic is concerning to climatologists who are working to better understand how CO2 and clouds interact.

“Clouds play an important role in balancing the radiation budget, and they have a large feedback on global warming caused by the increase of greenhouse gases.” said Prof. Hua Zhang, a climate scientist at the Chinese Academy of Meteorological Sciences. “The uncertainty of cloud feedback has the most impact out of all the climate feedbacks.”

Prof. Zhang and her team—a group of researchers from Chinese Academy of Meteorological Sciences, University of Chinese Academy of Sciences, and Beijing Climate Center have recently published a comprehensive cloud-climate feedback study in Advances in Atmospheric Sciences.

In the study, scientists separated fast and slow cloud responses to an abrupt atmospheric CO2 quadrupling over EA. They used a general circulation model, BCC_AGCM2.0, developed by the China Meteorological Administration to obtain quantitative data.

The study also considers a total cloud response, which contains the following components: the total cloud cover (TCC), low cloud cover (LCC), and high cloud cover (HCC). All of these variables showed an increase north of 40°N and a decrease south of 40°N with the exception of the Tibetan Plateau (TP).

Under the quadrupled CO2 warming scenario, the mean net cloud forcing (NCF) over EA is –1.80 Watts per meter squared (W m–2), indicating a cooling effect alongside a slow cloud response. Scientists suggest that this can partially offset the warming effect caused by quadrupled CO2 concentrations. That said, the NCF over the TP, south China, and northeast China are –6.74 W m–2, 6.11 W m–2, and –7.49 W m–2, respectively, which can offset or potentially amplify the climate warming effect much more noticeably.

“Studying cloud responses to quadrupled CO2 over EA provides a better understanding of the changes and effects of clouds under extreme warming in the future,” said Prof. Zhang. “…and our research especially reveals the role of the slow response of clouds.”

Decomposition of fast and slow cloud responses to quadrupled CO2 forcing in BCC–AGCM2.0 over East Asia

Disclaimer: AAAS and EurekAlert! are not responsible for the accuracy of news releases posted to EurekAlert! by contributing institutions or for the use of any information through the EurekAlert system.

Read More: A quadruple increase in CO2 over East Asia causes changes in both fast and slow cloud