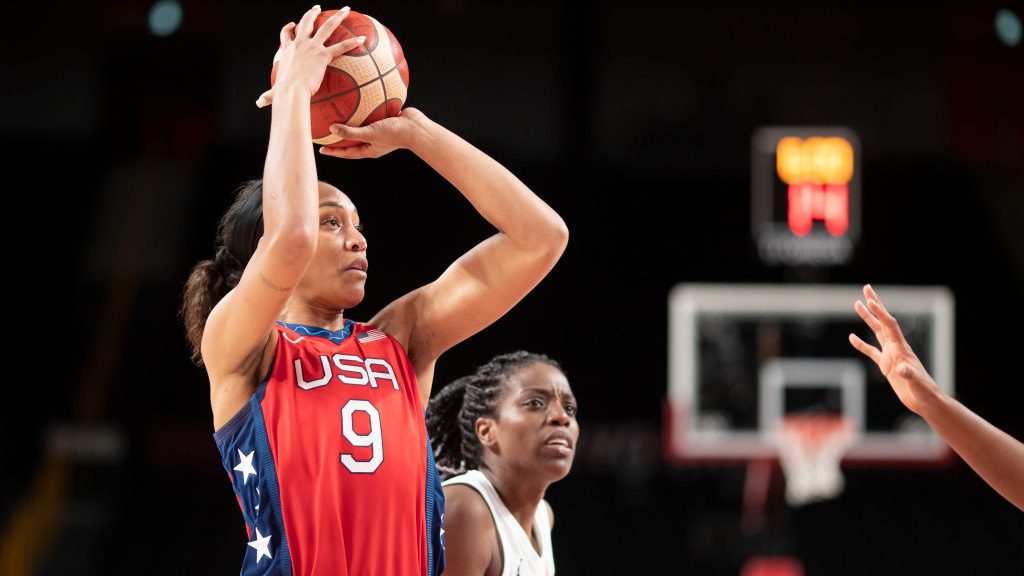 The WNBA MVP had just gotten to Australia less than 24 hours ago, fresh off a championship and the U.S. was playing its toughest opponent of the World Cup.

After a slow start, Wilson was clutch in the fourth quarter, finishing with 20 points to help the U.S. beat China 77-63 on Saturday.

“I don’t know how I’m doing it,” Wilson said. “You just put things aside … It’s like riding a bike. I am exhausted, I’m not going to lie about it. At this point I don’t even think about it. I’m surrounded by greatness. I really lean on them. I don’t even know which way is up. I see it’s daylight and feel I need to go to sleep.”

The U.S. now has won 25 consecutive World Cup games since losing in the 2006 semifinals to Russia. The Americans advanced to the quarterfinals and are one away from matching their record 26-game run from 1998-2006.

These two teams came into the game unbeaten in the tournament. The U.S. (3-0) led 25-20 with 6:23 left in the first half before outscoring China 19-5 the rest of the second quarter, including the final 13 points. Alyssa Thomas and Breanna Stewart combined for seven of the 13 points during the game-changing burst.

Wilson closed the half with a putback that made it 44-25. She and Las Vegas teammates Chelsea Gray and Kelsey Plum were playing in their first game since getting to Australia on the last day. The trio were in Las Vegas celebrating the franchise’s first WNBA championship before arriving in Sydney.

“They put me in the best position to score the basketball,” Wilson said of her teammates finding her in the fourth quarter.

Wilson ended the drought with two free throws and a reverse layup to seal the win.

There was a big pro-Chinese crowd of roughly 9,400 fans for the game, including Hall of Famer Yao Ming, who is the chairman of the Chinese Basketball Association. He was shown on the video board and received a huge ovation from the crowd.

“The China fan base, whether it was the local fan base here or they came from abroad, was just tremendous,” U.S. coach Cheryl Reeve said. “Their support made a fun environment. I heard some USA people. This is what you want.”

Plum went to the foul line at one point in the second half and the fans were booing her. She smirked at it and calmly sank both free throws.

“I heard the noise. I don’t think I’ve been booed in a long time,” Plum said laughing. “I don’t think Connecticut (fans) even booed me.”

Plum and Gray both said they got Wi-Fi on the long flight to Australia to study the U.S. playbook.

“I kind of had a couple hours to look through it,” Plum said.