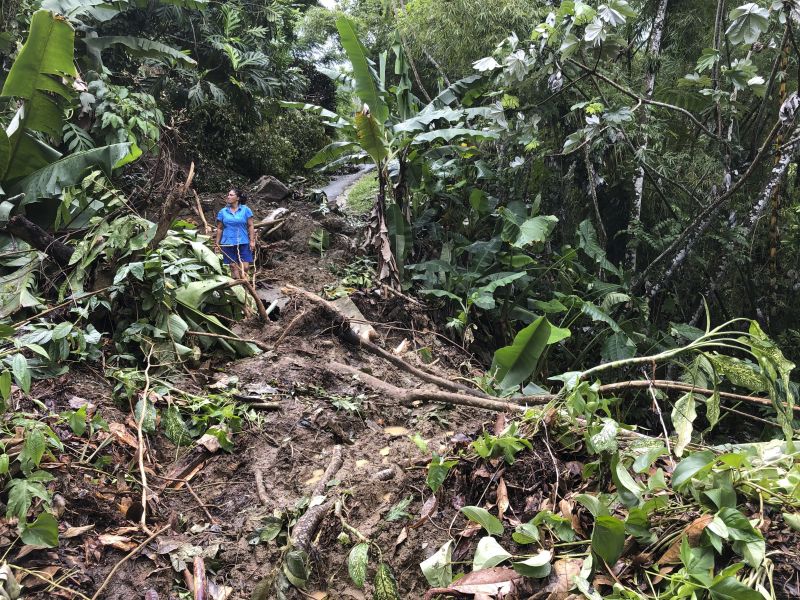 Deadly Hurricane Fiona has strengthened into a Category 4 storm as it barrels toward Canada’s Atlantic coast, according to the National Hurricane Center.

Officials in Canada’s Nova Scotia and Prince Edward Island are urging those in the storm’s path to be on high alert and prepare for the impact of the hurricane, which has already claimed the lives of at least five people and shut off power for millions this week as it battered multiple Caribbean islands.

“The Air Force Hurricane Hunters have been investigating the major hurricane and have found that it remains powerful and very large,” the center said in an update Friday morning.

The storm “is projected to be a significant and historical weather event for Nova Scotia,” said John Lohr, the minister responsible for the provincial Emergency Management Office.

“It has the potential to be very dangerous. Impacts are projected to be felt across the province. Every Nova Scotian should be preparing today,” Lohr added during an official update Thursday.

The area hasn’t seen a storm this intense for about 50 years, according to Chris Fogarty, manager for Canadian Hurricane Centre.

“Please take it seriously because we are seeing meteorological numbers in our weather maps that are rarely seen here,” Fogarty said.

Utility company Nova Scotia Power activated an Emergency Operations Center (EOC) Friday morning that will serve as the central coordination area for outage restoration and response, according to a news release.

The company will also be working closely with the Nova Scotia Emergency Management Office.

“We are taking every precaution and will be ready to respond to Hurricane Fiona as safely and efficiently as possible,” Sean Borden, the storm lead coordinator for Nova Scotia Power, said in the release.

“Once Fiona passes by Bermuda, the storm is forecast to impact Nova Scotia by Saturday afternoon. Fiona will become extratropical before impact, but this will do little to hinder the damage that Fiona will cause,” CNN Meteorologist Robert Shackelford explained.

Across Atlantic Canada, winds could be around 100 mph (160 kph) as Fiona makes landfall on Nova Scotia, Shackelford said.

Bermuda, which is under a tropical storm warning, closed schools and government offices Friday, according to Michael Weeks, the island’s minister of national security.

In Canada, hurricane warnings are in place for Nova Scotia from Hubbards to Brule and in Newfoundland from Parson’s Pond to Francois. Prince Edward Island and Isle-de-la-Madeleine are also under warnings.

Prince Edward Island officials are imploring residents to prepare for the worst as the storm looms.

Tanya Mullally, who serves as the province’s head of emergency management, said one of the most pressing concerns with Fiona is the historic storm surge that it’s expected to unleash.

“Storm surge is certainly going to be significant. … Flooding that we have not seen nor can we measure against,” Mullally said Thursday during an update.

She added the northern portion of the island stands to bear the brunt of the storm due to the direction of the winds, which will likely cause property damage and coastal flooding.

All provincial campgrounds, beaches and day-use parks as well as the Shubenacadie Wildlife Park will close Friday at noon, the Nova Scotia Emergency Management Office said.

“Safety is our priority as we prepare for significant storm conditions Friday night and Saturday. We are closing provincial park properties for the storm and will reopen when it is safe,” Natural Resources and Renewables Minister Tory Rushton said in a statement announcing the closures.

Earlier this week, Fiona damaged homes and upended critical power and water infrastructure for millions of people across Puerto Rico, the Dominican Republic and Turks and Caicos.

Days after Puerto Rico experienced an island-wide blackout as Fiona made landfall Sunday, only 38% of customers had their power restored Thursday, according to power grid operator LUMA Energy.

The mass power outage is happening as much of Puerto Rico endures extreme heat, which caused temperatures to feel as hot as 112 degrees on Thursday afternoon, according to the National Weather Service.

Daniel Hernández, director of renewable projects at LUMA, explained critical places including hospitals will be prioritized before repairs can begin on an individual level.

“This is a normal process. The important thing is that everyone is calm … we are working to ensure that 100% of customers have service as soon as possible,” Hernández said.

Nearly 360,000 customers were experiencing intermittent water service or no service at all as of Thursday evening, according to the government’s emergency portal system.

As of Wednesday, more than 800 people were housed in dozens of shelters across the island, according to Puerto Rico’s housing secretary, William Rodriguez.

President Joe Biden has approved a major disaster declaration for the US territory, FEMA said. The move allows residents to access grants for temporary housing and home repairs as well as low-interest loans to cover uninsured property losses.

In the Dominican Republic, Fiona affected 8,708 households and destroyed 2,262 homes, according to the nation’s head of emergency operations, Maj. Gen. Juan Méndez García.

He said more than 210,000 homes and businesses were still in the dark Thursday morning, and another 725,246 customers were without running water.

“This was something incredible that we’ve never seen before,” Ramona Santana in Higüey, Dominican Republic, told CNN en Español this week. “We’re in the streets with nothing, no food, no shoes, clothes, just what’s on your back. … We don’t have anything. We have God, and the hope help will come.”